The Greens and Catholic Social Teaching 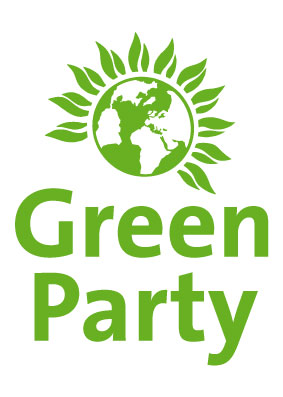 "The secret’s out, all over town," as the cowboy crooner Hank Williams once sang. The same can be said about Catholic Social Teaching. What was once described as the Church’s best secret, is now to the faith fore. These days there’s no excuses!

This teaching centres on the idea of a Social Mortgage. We are interdependent: our right to enjoy and use the goods of creation is not absolute but depends on others enjoying the same access. Put simply: don’t get rich and hoard property when others are struggling and starving. As Pope John Paul II wrote: “The right to private property is subordinated to the right to common use, to the fact that goods are meant for everyone" (Laborem exercens, On Human Work).

When it comes to UK elections, the bishops have condensed this teaching into  - “vote for a government that governs for the common good”. For me, that is exactly where the Green Party positions itself: they’ve even called their election manifesto For the Common Good.

But as they say round here, fine words butter no parsnips. Do they really mean it? After all, David Cameron himself referred to the common good in his first speech as PM, and who doesn’t remember Margaret Thatcher quoting St Francis of Assisi?

I am convinced after reading the Green manifesto that what the party is offering is not on offer elsewhere. Not only a living minimum wage of £10 per hour, but also a maximum wage so that no one in the same organisation earns more than 10 times the lowest paid. (Orderly queues form here to be a cleaner at Chelsea FC).

The Greens say this would in part be achieved by raising the top rate income tax from the current 45 per cent to 60 per cent. We’re all in it together, is the cry of austerity; but the Green Party points to a different reality. The UK has the greatest wealth disparities in Western Europe - five families have as much as 12 million citizens. The Greens will levy a 2 per cent wealth tax on those whose assets exceed £3m.

Council tax on the most expensive properties would rise. By levying 0.1 per cent on foreign currency transactions, the Greens’ Robin Hood Tax, once known as the Tobin Tax, will raise billions for renationalising the railways, prioritising public transport, in addition to raising pensions to £180 a week, or £310 for a couple.

In short, the Greens Manifesto does indeed read like the title deeds for the social mortgage. Preferential option for the poor? The Greens will not only write off poorer nations’ debt but also acknowledge we are the debtors, owing the developing world a “climate debt”. Who else talks of respecting and valuing immigrants by allowing asylum seekers the right to work and legal aid? Who else will tackle climate change as Pope Francis urges us? The Green Mortgage will not be underwritten by fossil fuels or nuclear power. Blessed are the peacemakers? The Greens are the only national party who will flatten Trident and turn it into free university tuition fees for the next generation.

Where the Green Party drifts from the traditional Catholic agenda is in its idea to end funding for faith schools, believing them to lead to privilege, and in making assisted dying legal subject within a rigorous framework of regulation and in the context of the availability of the highest level of palliative care. Catholic voters will have to decide if, as far as voting green goes, these two things lead them to another Hank Williams song: "My Bucket’s Got a hole in it." Or whether they can still support the party. The March proposal to liberalise abortion seems to have been dropped from the manifesto (I can’t find it anywhere) and replaced with the interesting pledge to "give special attention to the well-being of children from conception to 2 years old, the first 1001 days".

Jonathan Tulloch is a writer and novelist and member of the Green Party.

I joined the Green Party for this very reason and am standing as a local candidate. One of the benefits that I see to the Greens is that policy is driven by members and so is a "bottom up" approach rather than dictated by the leadership. This means that policy can change when challenged from within the party as I have begun to do. The more members with opinions in support of Catholic values, the more likely the policies will begin to reflect those values. Many Christians of various denominations have joined the Greens in the last 12 months so things will begin to change I think over the next few months/years and the Greens are definitely the best fit with both my own values and align best with CST.

When I first came across Green Party's values, I was really rather surprised at their similarities with Catholic Social Teaching.

There are of course problems with how they implement their values - abortions, assisted suicides, closing of faith schools can be difficult for British Catholics to comprehend, given the values of the Green Party.

Why is there not a perfect political party?!

Jonathan Tulloch's outlining of the Green's manifesto presents us with a dilema. The proposals suggest an appreciation of human dignity and a social vision which is inclusive rather than exclusive. But assisted dying is not something I could support.
So what to do? Vote for a manifesto which ticks most of the social justice boxes or throw the whole lot out on a single objection? I'd have to vote for the manifesto then lobby like crazy to resist assisted dying.
Sadly, the whole question is academic.