The new Missal has failed

Sepp Blatter has scored an own goal taking on religion

Cologne’s cardinal, Rainer Maria Woelki, has shown a touch of the populist as well as of a pastor, worthy of Pope Francis, in his attempt to check the vainglorious claims by FIFA president Sepp Blatter that football’s international governing body represents a greater universal benefit to society than religion.

Mr Blatter told the Swiss paper Sonntags Zeitung: “FIFA is more influential than any country in the world or any religion, through the positive emotions football triggers.” He went on: “And we want to make use of this to create more peace, equality and health in this world.” 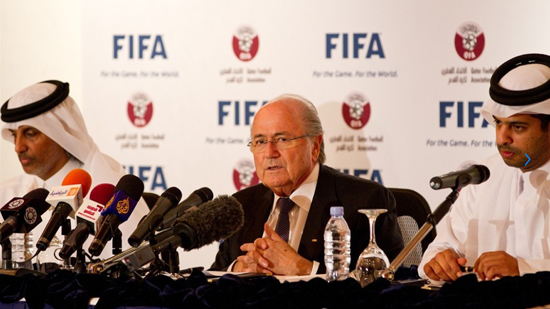 Woelki’s secular credentials for pronouncing on the world’s most loved and played sport spring from the fact that he is himself a keen footballer and supporter of his local club FC Cologne, much as Pope Francis is a lifelong, card-carrying member of his Buenos Aires San Lorenzo club.

But from an ethical, political, and yes, religious, point of view, Woelki also cannot be faulted for commenting as a statement of fact that while FIFA’s social engagement was “great”, many people thought it was “not so much a case of justice, peace and health as of the really big money. And where the really big money flows, the path to corruption is often short.”

And Woelki is quite right to give as an example the wheeling and dealing that led to FIFA picking the multi-rich and undemocratic Qatar to host the 2022 World Cup.

Qatar has poured millions into football, sponsoring FC Barcelona, and owning Paris Saint Germain. But wealthy Qataris are also known to have financed Islamic fundamentalists, and the country has a record of mistreatment of political prisoners and exploitation of immigrant labourers.

Woelki also gets my vote, as a football fan and Catholic myself, for challenging Blatter’s claim that FIFA is more influential than religion.

There are countless examples of football not only encroaching on religion, but also becoming one, or at least being divinely inspired, not to mention claims that it is at the very heart of human existence.

It was Argentina’s Diego Maradona – voted footballer of the twentieth century in a FIFA poll – who is most famously identified with the phrase Hand of God, on account of his genius and his ability to prevail despite a record of cheating and addiction.

Scotland’s Celtic football club was founded by the Irish Marist Brother Walfrid (né Andrew Kerins), and has a statue of him at the entrance to its stadium; FC Barcelona’s stadium has a chapel for players, and the club’s fans show a strong devotion to the Virgin of Montserrat.

Few phrases uttered by a football manager are better known than that of the late Bill Shankly: “Some people believe football is a matter of life and death … I can assure you it is much, much more important than that.”

And yet while the business of football has a distinctly ungodly side to it, a football game is just that – a game, ultimately ephemeral, despite its bogus claims to metaphysics.

In the course of 90 minutes a fan may well experience, as I have often experienced watching my beloved Barca, a rollercoaster of emotions, among them elation, depression, solidarity, and bigotry. But when the final whistle goes, it’s all over until the next game, with no experience of spiritual transformation beyond being in touch, with feelings that quickly dissipate, with one’s own humanity.

Jimmy Burns is an author and journalist. His new book Francis: Pope of Good Promise is published in September by Constable/LittleBrown (UK), and St Martin's Press (USA). His books on football are available here.

When we die and stand before our God, we will not be judged on how well we supported our local football club.
If we skipped Sunday Chapel or Sunday Mass to attend ("worship") a football game, then we have worshiped the false "Idol" of sport ahead of the One, True God who said, "Thou shalt not have strange gods before Me."

Warning: Football will NOT save your eternal soul, if you have misplaced it as the priority of your life.
A game is a damned stupid thing to go to Hell for . . . .