Swing voters: choosing Ukip in spite of the bishops

Work experience for the rich

I am a great believer in transparency of opportunity and giving a chance to the best candidate/applicant, not the favoured one, nor the one who can afford the opportunity.

Over the past 13 years, if I had a dollar for the many times I received telephone calls, requests or visits from enthusiastic, values-centred young women and men looking for an opportunity to work at the United Nations here in New York I would be a rich woman. 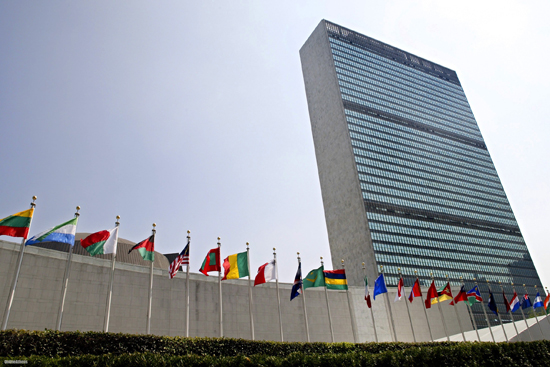 The enquirers, most of whom are either Religious or students, are usually interested in issues such as climate justice, deforestation, peace, water, mining, violence against women and girls, human and environmental rights. They are informed, imaginative, and often a reminder that we who do the work of advocacy are not alone. I wish I could place every one of the applicants on a project. But most of my enquirers lack financial security so living in New York and working at the United Nations could never really come to pass.

The question of internships, at the UN or in other places that enable young people to gain experience in the places that shape global destiny, bothers me.

It has been estimated that taking an unpaid internship at the United Nations, or at any of the Non-Governmental Organisations (NGOs) who work there, can cost up to US$1,400 per month. Taking into account the cost of room, board, travel and food, the cost can be prohibitive, so much of the real talent goes untapped.

The Sutton Trust in London published in-depth research on internships, which, they say, “rule out all but the wealthy”. The Trust is calling on the British Government to implement a law whereby interns are paid at least the national minimum wage. It also wants internships to be advertised publicly, rather than being filled informally, and recruitment processes to be fair, transparent and based on merit.

The UK’s Department for Business, Innovation and Skills said that interns have the same rights to the minimum wage as other workers, and that the Government is cracking down on unpaid internships and has begun naming and shaming offenders.

As advocates for a more just world at the United Nations, we might do well to listen again to the address of Pope Francis on World Youth Day in Brazil, who said, “We have to create the material and spiritual conditions for [young people’s] full development.”

Perhaps the time has come to examine the ethical dimensions of unpaid internships, especially at an institution such as the United Nations. It is very clear that socioeconomic inequalities are exacerbated by unpaid internships. How can we speak up against closed opportunities, and yet be part of a system that closes off opportunities for people from disadvantaged backgrounds?

Recent research has shown that high-quality, prestigious internships tend to favour the students/interns who come from affluent or relatively wealthy families and can afford to work for free. Are those of us involved in this system facilitating the emergence of same-old, same-old institutions, very like the ones that brought us to this place of inequality in the first place? How can we bridge this gap?

Sr Deirdre Mullan RSM is the executive director of Mercy Reaches Mercy, an advocacy group which educates girls to educate girls. She is also a consultant to Unicef, helping it develop partnerships with Religious congregations around the world

Above: The UN headquarters in New York. Photo: UN