Swing voters: choosing Ukip in spite of the bishops 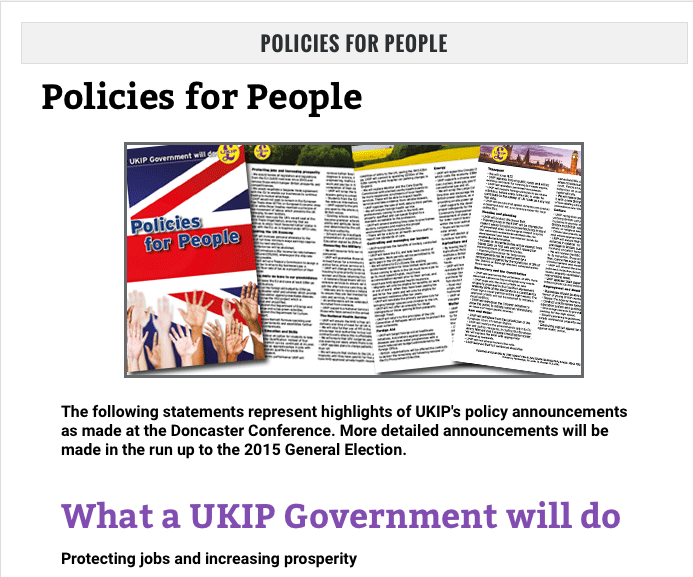 I am voting Ukip at the 2015 general election, for the first time. The Conservatives’ support for redefining marriage means that I cannot, in good conscience, vote for them again.

As a cradle Catholic who feels a strong disappointment with fellow Catholics who give up on particular beliefs and practices that conflict with the culture of broader society, I was interested to read the bishops’ letter advising the flock on how to vote.

I have a tendency to be quite tribal with my vote, so I welcomed the chance to re-orientate my political views by reflecting on how my faith should inform them.

Most commentators I have read agree that the bishops’ warning – of the “great danger of blaming immigrants for the ills of society” – was pointing us away from the arms of Ukip.

I admit, in modern, pressurised London it is easy to get stuck into a selfish mindset and forget our Christian values of loving our fellow man and caring for those less fortunate than ourselves. So when the bishops called for us to vote for a candidate that recognises “the rights, dignity and protection of refugees and migrants” they offered a chance to put our own needs into perspective.

But as the bishops themselves say, “Immigration is a highly emotive issue”. When my son didn’t get his place at his nearest Catholic infant school, it wasn’t because desperate refugees had filled the places, but economic migrants. When I picked my son up at the school he did get into, he innocently asked me why I am sent him to a Polish school. On the bus taking him to school we are often the only native English-speakers to be heard, and my wife, who herself moved here from abroad, pities my cultural isolation in my home city. It's this sense of isolation that leads me to vote Ukip rather than what is commonly implied, xenophobia.

As the son of a white working-class London family, I might now consider Ukip my tribe, even though the bishops’ letter effectively warned me not vote for them, and their concern is for people whose problems make my complaints laughable.

Immigration is not the zero-sum game they present it as. We don’t have to sacrifice our community, shared heritage and sense of belonging to help those in desperate need. Indeed, what the people who will require shelter need more than anything is a cohesive community to be welcomed into.

What is it about supposedly well educated people that they do not understand UKIP? They have fallen for the Media's erroneous description of what UKIP stand for. It has NOTHING to do with racism.It is quite simply that there is no more room left in this country for any more people whether they are white, black, purple or green.It's all very nice in your ivory towers welcoming everyone with open arms, because at the end of the day, it will not affect your cosy little life. Try living in Newham, Poplar, Bethnal Green or Acton, and then see how you feel

So it is OK to vote for racism? UKIP is a party of half-wits - they all come out with comments worthy of idiots and then get fired because their mouths are bigger than their brains. UKIP is a one-issue party and they blame immigration for all the woes in the UK, just as the Nazi Party blamed the Jews. No Catholic can vote for these lunatics (otherwise Bishop Egan will excommunicate you)

I will also be voting for UKIP on May 7th. I am certainly aware of their shortcomings, however I am, like you, deeply troubled by the fact that the Conservatives supported the redefining of marriage.

On a brighter note, the deputy leader of UKIP, Paul Nuttall, is a practicing Catholic and a member of the pro-life, Society for the Protection of Unborn Children (SPUC). Just today, the Christian Institute website has an article detailing his opposition to sex education in primary schools:

He, like me, seems to be worried about sexualising children at such a tender age and taking away their innocence. Lastly, both of the current UKIP MPs, Mark Reckless and Douglas Carswell, voted in favour of an explicit ban on sex-selective abortion - most other MPs did not.