Meet the swing voters: 'No one whets my appetite' 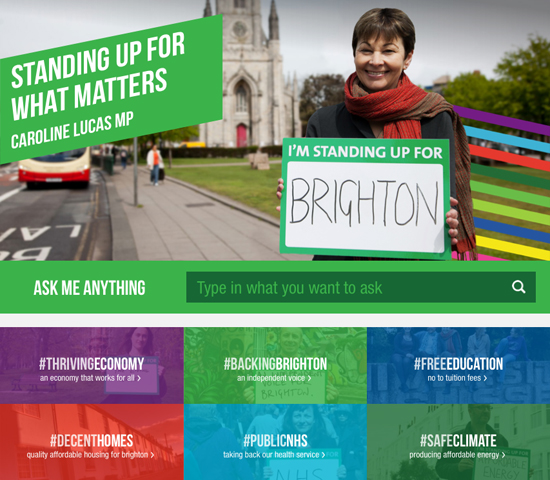 Voting can be a tricky business – there is no one party that fully reflects Christian values. There is also the need to consider the interplay of the character of individual candidates and the values of the party they choose to stand for. I grew up during the Thatcher years and witnessed the damage caused to parts of society by the promotion of individuals over communities, so when I was first able to vote, I chose to support Labour. I was under the impression that Labour was still a socialist party and had the common good at the heart of their policies. However, it became apparent that this core value was being eroded and that there was a move towards free-market policies more in line with that of the Conservative Party. In 2010 I decided to vote for the Liberal Democrats as again I felt this was a better fit with my own values, but I’ve been disappointed by the lack of integrity displayed during this term.

So how does one choose a suitable party and candidate? The bishops of England and Wales’ letter to assist voters in the 2015 election highlighted the need to consider multiple issues, and picked out several areas for consideration – including life issues, communities, family, education and stewardship. It offered various questions to pose to prospective candidates on each issue. Many of the questions and areas it covered were part of my decision-making process. I chose to contrast various parties with elements of Catholic social teaching (CST) and after doing so, the Green party was the best fit.

Why the Greens? Whilst policies are a good indicator of the nature of a particular party, I feel that values are more stable, and a better way to judge the longer-term influence they might have. The Green Party has several values at its core which I feel line up well with CST and biblical values. Some of these are social justice, true community, non-violence, grass-roots democracy and a strong desire to care for people and the planet. An element I find particularly enticing is the fact that policy is driven by the membership, and not dictated by the leadership. This gives the opportunity to influence and change policy when it is not in line with our own values.

A particular example would be the Green Party’s position on faith schools. They want to allow pupils to practice their own faith in schools, but say schools should run religious instruction (catechesis) as opposed to religious education (learning about others’ faiths), and then only as an extra-curricular activity. As a member of staff within an RE department of a Catholic secondary school, I do not hold with this constricting current policy. They also want no state schools being run by a religious organisation, which would be hard to enforce. As a party member I have the ability to influence and hopefully orchestrate change.

I agree the points about values. In addition, while not trying to put our candidate MPs on pedestals, they give me a sense that their whole lives campaign for environmental and social betterment. This contrasts hugely with some politicians who treat being an MP as a job - or even worse as a second job.

I do not like some current Green policies. I like some of their other ones. This is the same across all political parties for me.

The Citizen's Income should attract a great deal of attention by supporters of CSR. It is a straightforward approach to dealing with poverty at one end, and liberating many to use their talents to contribute to society at the other end.

Foreign policies must deal with climate change - as it is a key national security issue these days, as well as a question of justice. Inter-generational justice also features in the thinking, which makes sense and should appeal to those of us who want the best for our children and their children.