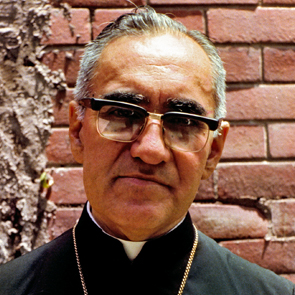 On Tuesday the House of Commons approved regulations on what is euphemistically called "mitochondrial donation". What these regulations permit is the transfer of "nuclear DNA" between eggs or embryos. The media terms this the creation of ‘three parent babies’ because the gametes (sperm or eggs) of three people would be used and the child would have genes from three people.

The techniques approved do not cure anyone of mitochondrial disorders. They begin with a donor egg or embryo that is healthy, and then replace the nuclear material so that the child born will be genetically related to the woman providing the nuclear DNA. This all-but erases the egg-donor-mother from the picture without adding to the safety of standard egg or embryo donation.

Nuclear transfer is a form of genetic engineering that affects the germ line, the genes that are passed on from generation to generation. It crosses the Rubicon into the deliberate genetic manipulation of future generations. This is something that has been widely prohibited and condemned by various international declarations.

It is far from clear that these techniques are safe. A similar technique has been banned in China, and in the USA the Food and Drug Administration has decided that the technique, which they term “oocyte modification” is not safe enough to be approved.

In addition, the post-fertilisation nuclear transfer technique developed by scientists in Newcastle destroys two embryos for every one embryo that is produced. Hundreds of embryos have already been destroyed in developing the technique.

On 19 January 2012 the Wellcome Trust announced its decision to give £4.4 million to Newcastle University to fund research into “mitochondrial donation”. On the same day, the Secretaries of State for Health and for Business, Innovation and Skills asked the HFEA to seek public views on these techniques. Meanwhile, the Nuffield Council on Bioethics, which is part-funded by the Wellcome Trust, launched a call for evidence on the ethics. These three announcements on the same day were elements of a well-choreographed campaign that had been maintained for several years. Tuesday’s vote did not come out of the blue.

Tuesday’s vote also fits into a pattern seen in the debates over animal-human hybrids in 2008, cloning in 2001, and embryo experimentation in 1990. Consistently the government of the day has supported a liberalisation of the law, despite ethical objections and the lack of scientific merit of many of the proposals. Government policy has been shaped in large part by the views of scientific advisors and of funding bodies.

Finally, it should be remembered that the term “eugenics” was coined in England. In 1912 the first international meeting of the eugenics movement was held here. In 2015 the new eugenics is pursued with the language of choice, and by abortion, embryo destruction and, prospectively, genetic manipulation, rather than by compulsory sterilisation or euthanasia, but scratch the surface and old attitudes re-emerge: a fear of the genetically defective. These attitudes are part of the darker side of English history and they are still with us.

This is definitely not eugenics. People are not enhancing their children in terms of phenotypic characteristics like hair colour or potential intelligence, it is merely helping to prevent a child developing a life-threatening disease which would otherwise significantly decrease their quality of life and lifespan.

This isn't eugenics. Eugenics can be a great thing but if it's completely voluntary, it's not eugenics, it's just letting people customize their kids. There is still no ban on people with hereditary diseases reproducing. This is NOT eugenics.

Is it really news that money talks? Four-fifths of mitochondrial diseases do not fall within the ambit of this work. Do you for one minute think that the Welcome Trust are spending 4 x £4.4M researching these?