Can the Church of England save itself?

Is Francis seeking a new understanding of church teaching on contraception?

Good Catholics don’t need to breed "like rabbits", says Pope Francis. Speaking on board the papal plane returning from the Philippines, he also explained he recently rebuked a woman expecting her eighth child having already had seven caesareans.

These are startling and unprecedented statements from a Pope. They also seem like an attempt to soften church teaching on contraception. 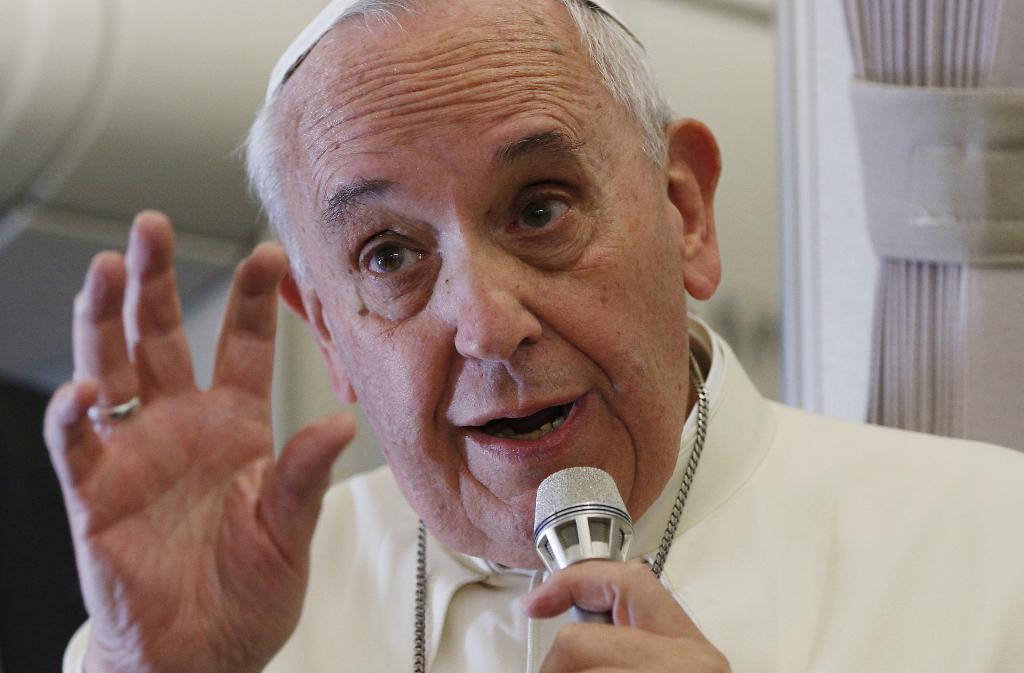 Yet at the same time, the Pope has defended Humanae Vitae – Pope Paul VI’s encyclical that re-affirmed the ban on artificial methods of family planning - as prophetic.

“Paul VI was not antiquated, close minded. No, [he was] a prophet again who with this [encyclical] told us to watch out for the Neo-Malthusianism that is coming,” the Pope said.

The main point of the encyclical, Francis said, is the importance of couples of being “open to life” and being willing to have children. This must be done responsibly, he said, and stressed: “God gives you methods to be responsible. Some think that, excuse me if I use that word, that in order to be good Catholics we have to be like rabbits.”

Interestingly, the Pope does not specify which methods should be used, although it is assumed he is talking about natural family planning.

This is important because for many years debates in the Church have centred on the nature of the sexual act, stressing that intercourse must have a procreative element to it.

The Pope appears to be moving the discussion away from obsessing over the purpose of each and every sexual act to more general principles behind Humanae Vitae. Francis is not, however, in the business of being overly prescriptive over how the number of births is regulated.

Cardinal Walter Kasper, often dubbed the Pope’s theologian, put it this way to me when I interviewed him last year: “To promote a sense that to have children is a good thing, that is the primary thing. Then how to do it and how not to do it, that is a secondary question,” he said adding that natural methods can also have “artificial means”.

The Pope is in a difficult position. He cannot simply abrogate Humanae Vitae, but he knows artificial that contraception is widely used by many Catholics in the Western world. One of Francis’ favourite phrases is “reality is more important than ideas”. The reality is that for some time there has been a yawning gap between the Church’s official teaching on contraception and the lived experiences of married couples. This may be Francis’ attempt to bridge it.

The pill mimics pregnancy. Pregnancy changes the pheremones. The presence of normal pheremones makes females sexually attractive to healthy males. Their absence does not arous them. Women are often therefore induced to dress less modestly and use artificial perfumes which tend to attract the dysfunctional male attracted by superficial things like image. Hard to get much debate going on this.
A female animal. in season, will attract males over a long distance. The pregnant femaile will be left alone.

Reread David's comment below. It is wise and reminds me of the kind of thing John Henry Newman might have said were he still around.

Some comments here have missed the contrast in Pope Francis' remarks between the doctrinal and pastoral aspects of this matter. This is nothing new for rich world catholics, who have taken responsibility in varied ways for their own actions around contraception over many decades, in dialogue with a church which has contained a range of views since the mid-twentieth century at least. It is good to hear Pope Francis giving this message in parts of the world where some couples may not have very broad access to help with contraception, whether of the church-approved variety or otherwise, encouraging them in this area. At the same time, these remarks have recognized the risk of world powers using their influence to deprive poor people of control of their fertility - such action has occurred many times in history according to Wikipedia, which is usually soundly sourced.

Maybe Francis was trying to open discussion of this crucial issue that has so dominated the post conciliar years prior to the October Synod later this year.
It is to be hoped that there is serious consideration of birth control within the context of marriage respecting the right and responsibility of wife and husband to make an informed decision. We cannot continue to ignore the greater majority of Catholics for whom this is already a settled matter.

This form of popemania is worryingly immature. The pope has no authority to change church teaching simply by speaking off-the-cuff in a plane. Why must people insist on quarrying through his every utterance in order to prop up a slightly more solid version of what they wanted him to say. Must we Catholics remain locked in this infantile way of behaving? If we want to know where the Church has got to in its teaching about a particular matter, we go to the most recent official documents. If the Pope was defending 'Humanae vitae', the chances are that he assumes we will aspire to live by it (and by all of it, not just select passages).

"the sons and daughters of a large family are more capable of fellowship from early childhood. In a world often marked by selfishness, the large family is a school of solidarity and sharing; and this attitude then becomes a benefit for the whole society....
Each family is a cell of society, but large families are a more rich cell, more vibrant, and the State has an interest in investing in it....
I always thank the Lord in seeing mothers and fathers of large families, together with their children, engaged in the life of the Church and society. For my part, I am close to you through prayers, and I place you all under the protection of the Holy Family of Jesus, Joseph and Mary"

" They also seem like an attempt to soften church teaching on contraception."
This seems like rather desperate wishful thinking.

Is Francis seeking a new understanding of church teaching on contraception?

He is highlighting Natural Family Planning, which is practiced by all Catholic married couples whom still remain faithful to Christ and His Holy Catholic Church.