Why priests are under pressure on Christmas Eve

This week The Tablet reports that Midnight Mass is becoming a thing of the past, partly due to anti-social behaviour and partly because fewer priests are having to say more than one Mass on Christmas Eve – with the first starting as early as 5pm.

The priest shortage is beginning to bite. The Dominicans are to leave four of their churches in Ireland. Similar things are happening in England, Scotland and Wales. Parishes are having to merge and I know of elderly priests with three and even four parishes, and one priest with five churches. Two priests in combined parishes are saying 10 Masses between them on the weekend, one saying four on Sunday. 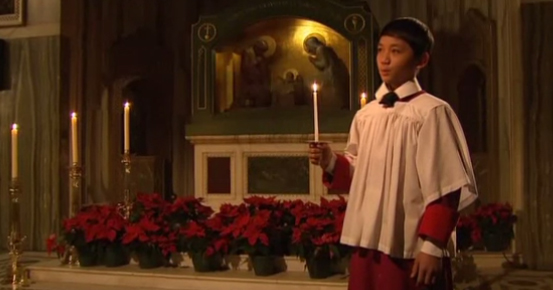 I use the word “saying” rather than “praying” or “celebrating” because there is no way a priest can pray several Masses on one day. I speak from personal experience. This is likely to get worse as we old priests die off. In my ministry I have been to about 100 churches in the past 10 years and see at first hand what is happening. Some people have stopped going to Mass and will not go to a neighbouring church or will not accept a change in Mass times. How weak and fickle faith can be.

Others are up in arms and demand that there be no reduction in Masses, and some are taking it out on bishops, Religious superiors and priests, verbally and in the written word. They are disappointed and hurting, but many of these parishes haven’t produced a vocation in 50, 100 and more years. What right have they to complain? A bishop in the US has told his people that a parish that has not produced a priest in the last 10 years cannot expect to get a priest. He simply has not got them.

Why is it that parishes do no produce priests? When I have raised this question and suggested a way forward, I have met with silence and even resentment. A few mothers have said there is no way they want their sons to be priests – but they would still want me there at 4am for a sick husband or child. I call that double standards.

I know of priests being abused by some parishioners because of changes in a parish. One priest in his fifties, who was ill and is now deceased, was given a second parish before Christmas one year. Both
parishes demanded that they have Midnight Mass – but there was only one priest. Eventually he tossed a coin and got abuse from the one that lost out. He died not long afterwards. Another priest received hostile, and what I would describe as vindictive, hurtful and demeaning abuse. I am not aware of any vocation from that parish in the last 50 years.

Put yourself in the bishop’s shoes, or those of the Religious superior or of the priest, who is usually old and who has to take on two or more parishes. I am one of the old priests, 76 and with medical problems. But it hurts me to hear of my fellow priests, who have given their all for God and his people. And it hurts me twice as much when “Gospel followers” behave in that manner, because it offends Our Lord and Saviour, Jesus Christ. His call was and is to love one another – and I add, in all circumstances.

Above: Midnight Mass at Westminster Cathedral

Luke (23/12), do you really believe that the Church - the Body of Christ - was created merely to represent popular opinion?

I respectfully agree with Sandi; I believe that many in the younger Catholic laity have found that their beliefs have evolved much faster than that in the Church leadership on issues that are current and relevant to them. It is no surprise that vocations are not produced in areas where young people have seen no reason to enter a church that no longer reflects their views.

Father Mark's commentary serves to emphasise the need to broaden the paradigm of priesthood. Here in the U.S. we have deacons who live in and are rooted in their parish. Their service is greatly appreciated by their neighbours who are also their fellow parishioners. Could their vocation be broadened to serving as assistant priests, able to administer the sacraments? As Pope Francis wrote in "The Joy of the Gospel", reality is more important than ideas.

Ordain married men and women and do more to rid the Church of the spirit of clericalism and the impasse might start to show signs of shifting.

Fr. Minihane asks why so many parishes have not "produced" any vocations.

Perhaps they have - but the church's rules bar the door to many due to mandatory celibacy, and by its refusal to ordain women.

There would be no shortage of priests if the men in charge would be humble enough to admit that changes are needed.

Thank you Fr Mark for this for this heartfelt article. Indeed we are called to love one another including our priests, who are our shepherds - not 'service providers' answerable to every 'customer demand'.