The day the Church went green

The unexpected rise of the faith-based charity

Look at the relationship between faith and charities in the UK, and you see something counter-intuitive happening.

The national trend is clear. This is a increasingly secular country, in which the number of people recording “no religion” on the census jumped to over 14m between 2001 and 2011. The number adhering to Christianity, in all its stripes, has fallen drastically in the same period (the Churches lost 4m members). There are a million more Muslims, but the growth in the number of Jews, Sikhs and Hindus is far more modest. 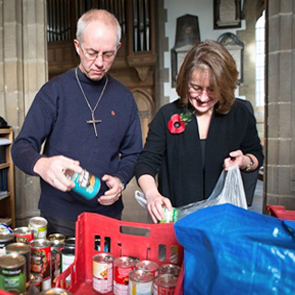 Yet if you crunch some numbers around how many faith-based charities have emerged – as the think tank New Philanthropy Capital has done for its new paper, Questions of Faith – a different picture emerges.

The recent expansion in religious charities is staggering. There are 32,000 in the UK today, of which 9,000 have been founded since 2006 – roughly equivalent to three new religious charities every day for the past eight years. They now constitute one in five of all charities in the UK, with the biggest chunk commanding a modest annual income of between £100,000 and £500,000. Polling by NPC earlier in the year showed that the public has greater trust for small, local, volunteer-led charities.

The ambition to try to understand better the implications of such growth is the right one, and not just because we’re heading into Hanukkah and then on to Christmas. Even using our reasonably broad definition of faith-based charities (“organisations that embody some form of religious belief in their mission, founding history or project content”), religious charities are collecting and spending hundreds of millions of pounds a year, and employing thousands of volunteers and paid staff, all at a time when faith overall is shrinking. What this means, and how well these charities perform, is of pressing importance.

Some explanations present themselves more readily than others. With austerity making social need more apparent, it isn’t surprising that faith-based charities are stepping in where state support is slow or inadequate. Hence the Trussell Trust, founded on Christian principles 10 years ago and now distributing emergency food to nearly a million people a year (“faith is absolutely central to what we do and how we go about it”, Trust Chairman Chris Mould told us). We know that the same work is going on in places like the East Midlands, where mosques and gurdwaras now host charitable food banks.

But it also throws up much broader questions. If you’re trying to do good, and the overwhelming majority of charities are, does faith make you better at delivering results? Can it make you worse? If Islam is outgrowing everything else, how does that feed into the number of new Muslim charities and their missions? Should charities talk openly about religion, or is it enough to know that a faith foundation is there and get on with the work?

And there are questions for policy-makers, too. How do regulators keep an eye on the handful of charities who may be breaking the rules without undermining the whole lot (the Charity Commission’s warning about extremist groups “abusing charities” naturally captured the headlines)? The demographic information may tell us that faith is flagging in the UK, but the confidence of faith charities seems to be growing all the time. Now isn’t the time to undermine it.

Russell Hargrave is media manager of the New Philanthropy Capital