by Ron and Mavis Pirola 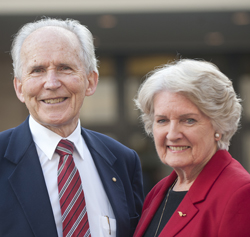 Cardinal Oscar Rodriguez Maradiaga this week raised the possibility of lay leadership for some Vatican dicasteries as part of the cardinals’ programme of reforms to the curia. This suggestion will resonate readily with many people. It certainly does with us.

Obviously, changes in church governance require serious reflection. Our own Vatican experience has brought us into contact with many inspiring prelates who have devoted their lives energetically, selflessly and innovatively to the service of the Church.

However, the appointment of lay leadership would be a statement, rich in symbolism and a major step forward regarding the role of laity in the Church. It would respond to Pope Benedict XVI’s call for a "change in mindset" – the need for the laity no longer to “be viewed as ’collaborators’ of the clergy but … as ‘co-responsible’, for the Church’s being and action”. This would also help to reduce the widespread problem of clericalism.

Cardinal Rodriguez goes further and specifically suggests a married couple could undertake such a role, again a highly symbolic statement. While married people are commonly appointed to church positions at parish, diocesan and episcopal conference levels, their appointments are commonly based on secular skills (such as in finance or social welfare) and on personal faith. Rarely are they appointed as couples and for their sacramental relationship. 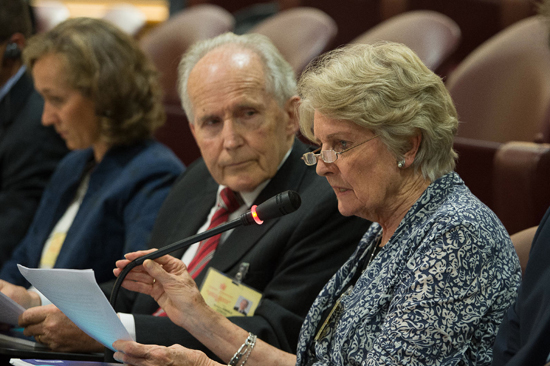 The particular witness of married couples is in relationship, specifically through intimacy and belonging. These spousal gifts, described repeatedly in scripture as revealing God’s love for his people, are central to the life of the Church.

Furthermore, the sacrament of matrimony is expressed through the couple’s relationship, which is essentially sexual and based on gender complementarity. So in heading up a dicastery, a married couple with this awareness should be better able to address issues of sexuality with confidence and to express this in relatable and appropriate language.

Importantly, a married couple would bring their experiences of family life in all its endless complexities, joys and dramas. Nothing beats family life for sheer “messiness” which is a realistic background when applying church doctrine to pastoral challenges. While clergy, singles and Religious all have experiences of being family, they do not have those of the married couple’s central role in family life.

The Church grapples with how to express inclusiveness and welcome and how to handle the constant tension of speaking the truth in love. Having a married couple heading a dicastery would raise awareness that the Church has much to learn from the experiences of families as they handle these challenges of daily life, making the domestic Church an
effective force for evangelisation in a society that too often sees the Church as a place for the perfect few.

So not only would such an initiative have great symbolism, it would bring an added dimension of leadership to a dicastery.

Ron and Mavis Pirola were Members of the Pontifical Council for the Family from 1981 to 2009. They were auditors at the Synod on the Laity in 1987 and the October’s Extraordinary Synod on the Family. They currently co-chair the Australian Catholic Marriage and Family Council.

So also would single parents and same-gender parents.

What is the chance of THAT happening?