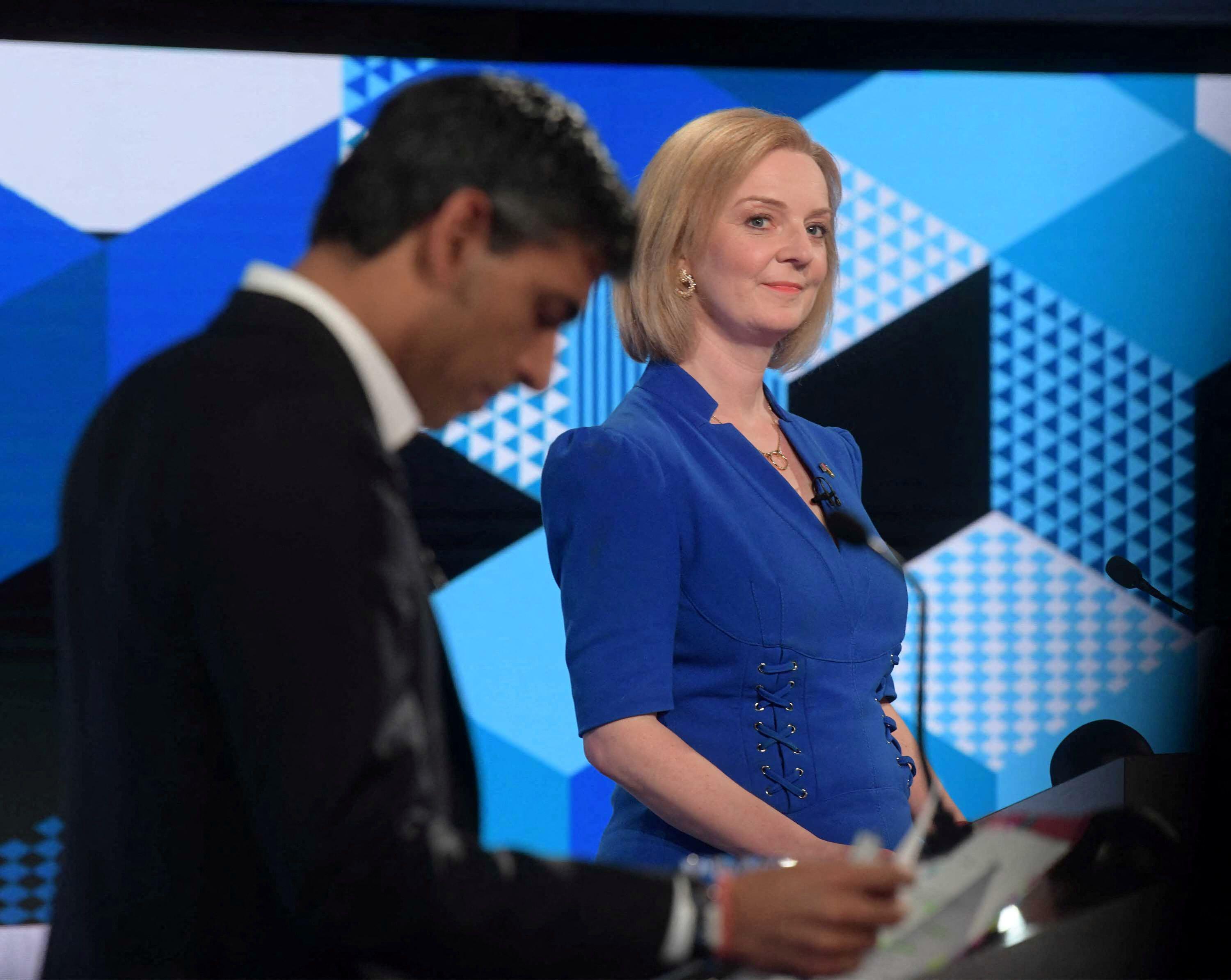 The connections that transcend age, culture and faith tradition 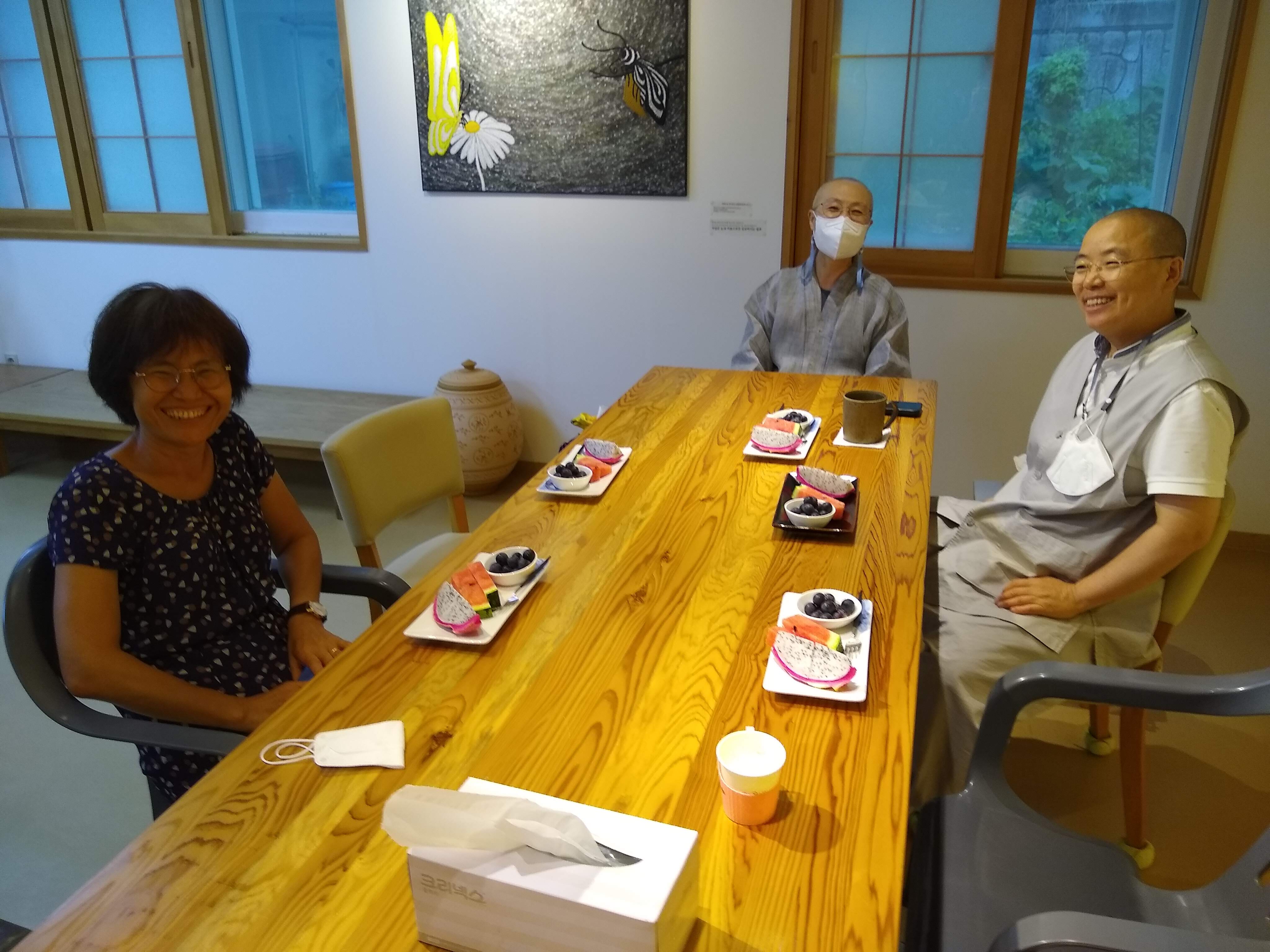 I was asked by the head nun of a Buddhist monastery what makes me happy.

It was at the start of my fourth and final week in Korea and my wife Yim Soon and I had been driven by our friend Sook Young to the temple where we were all to spend twenty-four hours. One of the members of that monastic community is Mi Hyun, who, like Sook Young, had spent several years with us at L’Arche Kent. She and all of the sisters welcomed us warmly. We were fed lavishly and had a simple but comfortable room which looked down over the valley. We were also given the chance to join the morning routine, which included chanting meditation at 5 a.m. and communal weeding for an hour from 7 a.m., after which breakfast was served.

The head nun had a face which radiated warmth and kindness and she laughed easily. We hit it off instantly. There was a very human and down to earth feel to the monastery, typified by all of the many little Buddha statues outside the main meditation hall being adorned with cute wooly hats. The hats are even changed according to the season, as Mi Hyun informed us. We were invited for tea with the head nun after breakfast and there were more gifts, to add to the hand-made fans we’d been presented with on arrival. This time we were each given prayer beads made at the monastery, a packet of special green tea and a book. And then, as we sipped our tea, I was asked to describe the times when I felt happy. After a bit of thought I replied that it was when I felt connected, be it with another person or with the natural world. I probably could have said far more or answered differently but that was my response in that moment to that person.

I had a chance to reflect a bit more on that response at the Columban house in Seoul where I stayed for two nights later in the week. When we’d lived for a year in the city in 1999-2000 I used to come once a month to spend twenty-four hours there. At about the start of 1997, on finding myself the father of two children under the age of two and with a people-intensive day job to boot, I’d begun the practice of taking a monthly “monastery day” and was seeking such a place of respite in Seoul. At Christmas in 1999 we’d been blessed to attend Midnight Mass at the beautiful French-built Sacred Heart church in the city and, as the snow fell outside, we were invited by the sisters to their, very lively, party in the adjoining convent. It was one of that congregation, Sr Keum Sook, who put me in touch with Donal O’Keefe. He had been many years in Korea and he was my original point of contact with the Columbans.

I was warmly welcomed by Donal and the other members of the community over several visits. I would have a comfortable and quiet night’s sleep in the guest wing and relished being able to make a cup of real tea in the morning and to eat toast for breakfast. I enjoyed speaking English with the, mainly, Irish priests who were resident there and they loved to regale me with their stories. There was a pleasant and secluded garden to wander around, and overlooking it a conservatory room with a pile of back issues of the Irish Times. It was a little oasis for me in the midst of the hustle and bustle of the big city and the stresses of being a foreigner in a strange land.

When I’d been making my application to the Irish chaplaincy at the end of 2016 I’d been delighted to learn that it had been founded by nine Columban missionary priests who had been sent over to England in 1957 to minister to the many Irish arriving in the country in the post-war years, my own parents among them. And I was to discover later that my mum arrived in Coventry in probably the very month that the chaplaincy was founded. During my first few months at the chaplaincy I was often asked if I was any relative of Bobby Gilmore, who had been director in the 70s and 80s. I used to reply, “Not that I’m aware of.” On one of my trips to Dublin I was invited out to lunch by Bobby and it turned out that he’d grown up very close to my dad near Glenamaddy in Galway and knew him well. He informed me that dad used to help bring the hay in at his (Bobby’s) aunty’s farm, and he even remembered the day dad left for England in 1949. What’s more, according to Bobby’s brother who has done some research into the family tree, we may indeed be distantly related.

How connected we are. Indeed, everything ultimately is connected, as Pope Francis points out so urgently in Laudato Si’, with us connected in our humanity by the very virtue of us sharing a common home i.e. the Earth. This theme of inter-connection and solidarity is continued in Fratelli Tutti, at the heart of which is the famous parable of the Good Samaritan. If like that Good Samaritan I can see that everyone is my neighbour (not just those with whom I might share a geographical or a biological link) then surely this will radically affect how I treat others. And if I can see that we truly are all part of one human family with the Earth as our common home then surely this will have an impact on how I treat the planet and its resources.

The head nun at the temple seemed touched by my response to her question about happiness. She said she felt a special bond with me and suggested that we may have met one another in a previous life. “Maybe,” I replied. Like many of the wonderful people I came into contact with on that memorable trip to Korea I’ll probably never meet her again (not in this lifetime at any rate!). But how they touch and enrich my heart; and reveal our deep connections with one another, connections which transcend age, culture, faith tradition and nationality. Even our temporal life.