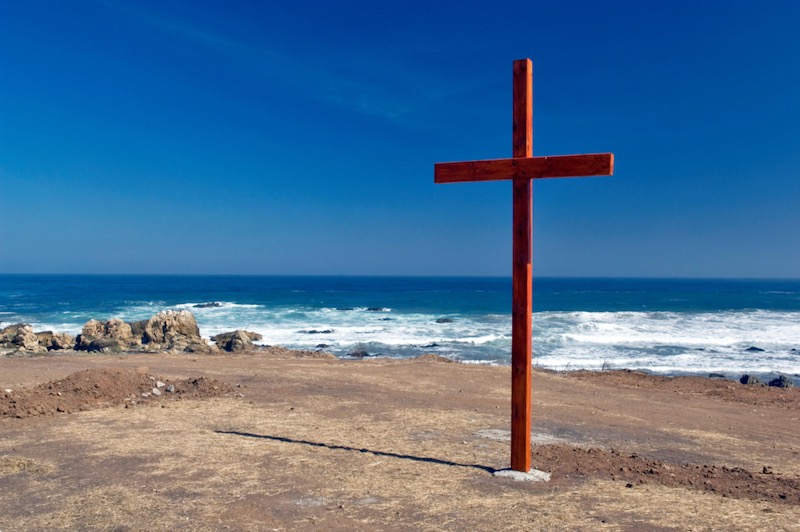 The heat wave has been a blistering reminder of the parlous state of the planet – so which saint should we invoke? 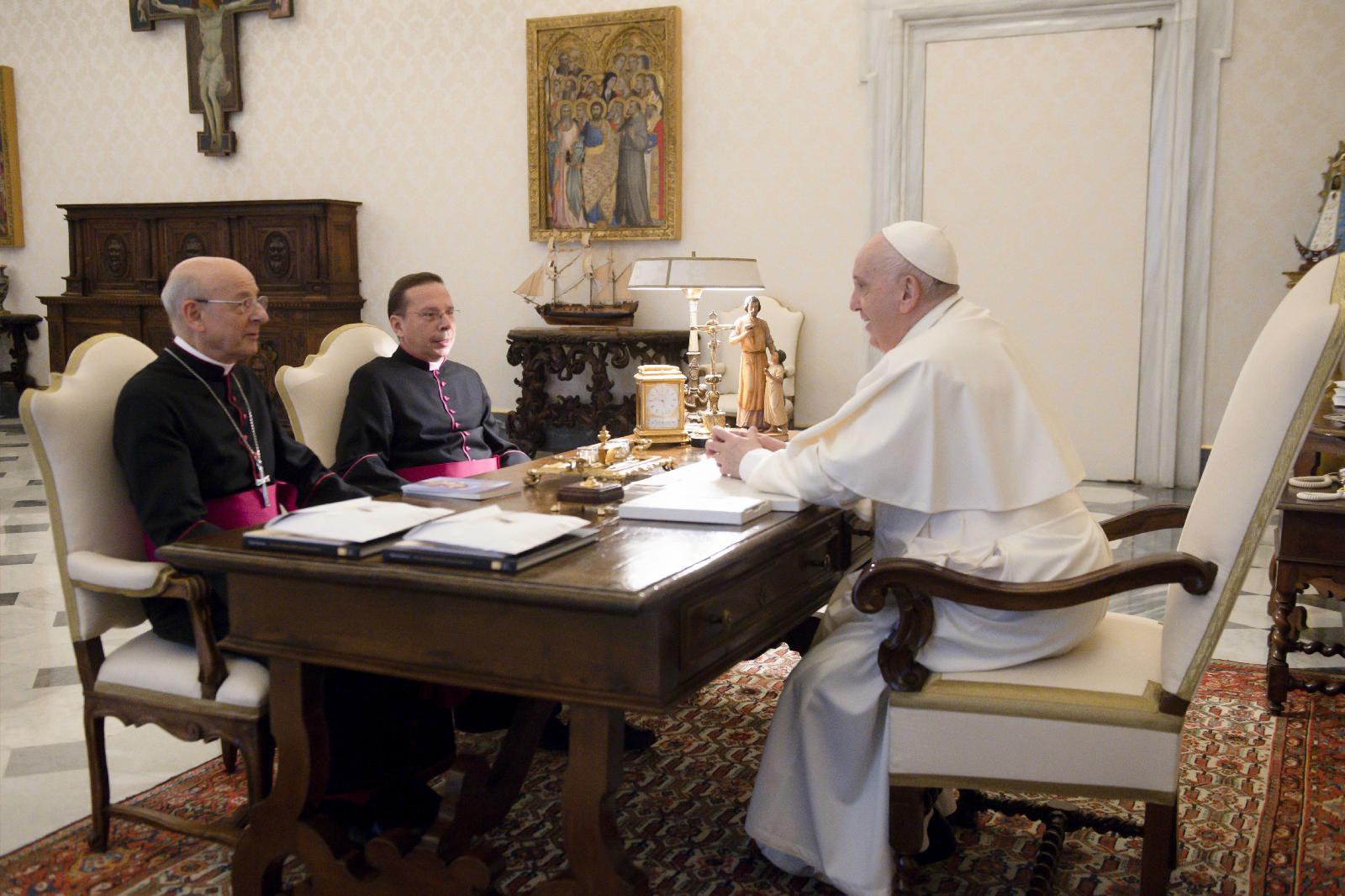 Pope Francis meets Msgr. Fernando Ocáriz, left, the prelate of Opus Dei, and Msgr. Mariano Fazio, the auxiliary vicar of the prelature, during an audience at the Vatican Nov 29, 2021.
CNS photo/Vatican Media

The new Vatican Motu Proprio Ad Charisma tuendum (“to guard the charism”) seeks to give Opus Dei a stronger focus on its fundamental charism to help it serve more effectively the Church’s work of evangelisation.

It follows on from Pope Francis’ Constitution Praedicate Evangelium of 19 March as part of his reform of the Roman Curia. The spirit of this reform, according to the Pope, is “to facilitate effective evangelisation”, “to promote a fruitful ecumenical spirit” and to engage in “constructive dialogue with all”. This is what he explained to the small number of cardinals who make up his advisory council.

This reform was part of the mandate given by the cardinals in the General Congregation prior to the last conclave to whoever would ascend to the chair of Peter. They considered it urgent and necessary to undertake a reform of the Curia in order to place the central government of the Church at the service of its universal mission.

Once promulgated, the guiding principles set out in Praedicate Evangelium must take concrete form for the structures and institutions of the Church, through pontifical laws and appointments which apply and put into practice what was announced in the new constitution. So, Ad Charisma tuendum merely applies Praedicate Evangelium to Opus Dei.

Through this Motu Proprio, the Holy Father changes some of the articles of the Bull Ut Sit, through which his predecessor, Pope John Paul II, had established the Prelature of Opus Dei. Beyond the changes, the Pope stresses his will of “safeguarding this charism”. He shows his appreciation of Opus Dei’s evangelising contribution to the Church and calls it a “gift of the Spirit received by Saint Josemaría Escrivá”. It has “task of spreading the call to holiness in the world, through the sanctification of work and family commitments”.

The reform aims to make Opus Dei’s government “more based on the charism than on hierarchical authority”. Or, in other words, that in line with the reform of the Curia, the structure of Opus Dei should also be more at the service of the mission. Does this mean that the document sees a contradiction between charism and hierarchy? It doesn’t seem so. As the teachings of the Second Vatican Council on the hierarchical and charismatic gifts are ever better understood and assimilated, it is to be hoped that it will become increasingly clear that, far from being in opposition to each other, in Opus Dei they are complementary realities.

To ensure that Opus Dei “is always an apt and effective instrument of the salvific mission that the Church carries out for the life of the world”, says Francis, using the words of John Paul II, the Holy See has taken some decisions at the level of its governance.

Firstly, Opus Dei’s interlocutor in the Vatican has changed. Before the reform of the Curia, the Prelature had as its direct interlocutor the Dicastery of Bishops, which is in charge of the hierarchical structures of the Church such as dioceses, particular churches, etc. Now the Pope has made Opus Dei dependent on the Dicastery of the Clergy, perhaps because most of the Prelature’s dealings with the Vatican involves priestly matters, even if in fact 98 per cent of its members are lay people.

The text goes on to state that the Prelature is made up of priests and laity: “The clerics incardinated in it and with the organic cooperation of the laity who dedicate themselves to apostolic works,” the Motu Proprio defines. This makes clear that lay people are as much members of Opus Dei as the priests, a point which has always been key to the organisation’s charism and was much insisted on by its founder.

On the other hand, it establishes that Opus Dei will present annually “a report on the situation of the Prelature and the development of its apostolic work” to its new interlocutor, as it had already done since 1982 with the Congregation for Bishops, although the report was then five-yearly.

With the same aim of emphasising charism rather than government, the Motu Proprio stipulates that the prelate should not be appointed bishop. The current prelate of Opus Dei, in a message to the members of the institution, assured that Opus Dei welcomed this Motu Proprio with “filial acceptance” and explained that “the episcopal ordination of the prelate was not and is not necessary for the guidance of Opus Dei”. Msgr Fernando Ocáriz added that “The Pope’s desire to highlight the charismatic dimension of the Work now invites us to reinforce the family atmosphere of affection and trust: the Prelate must be a guide but, above all, a father.” The episcopal appointment of the prelate is not included in the Statutes of Opus Dei. In fact, the founder was a priest, and his first successor – Blessed Alvaro del Portillo – was only appointed bishop at the end of his term of office. The Holy See grants the prelate the title of protonotary, i.e. Monsignor, which entails the recognition of belonging to the so-called “pontifical family”. This title also makes clear the secular nature of the prelate and priests of Opus Dei, who are not consecrated religious (Religious never become Monsignors).

Finally, Opus Dei will have to undertake an adaptation of its Statutes in the light of the content of the Motu Proprio. They must be, says the norm, “suitably adapted, at the proposal of the Prelature itself, for approval by the competent bodies of the Apostolic See”.