The precious experience of meetings on the margins

Two sons of a priest in Africa – 'All we wanted was your love.'

An insight into the homelessness, rejection and poverty suffered by these two young men who are both among the children of one priest. 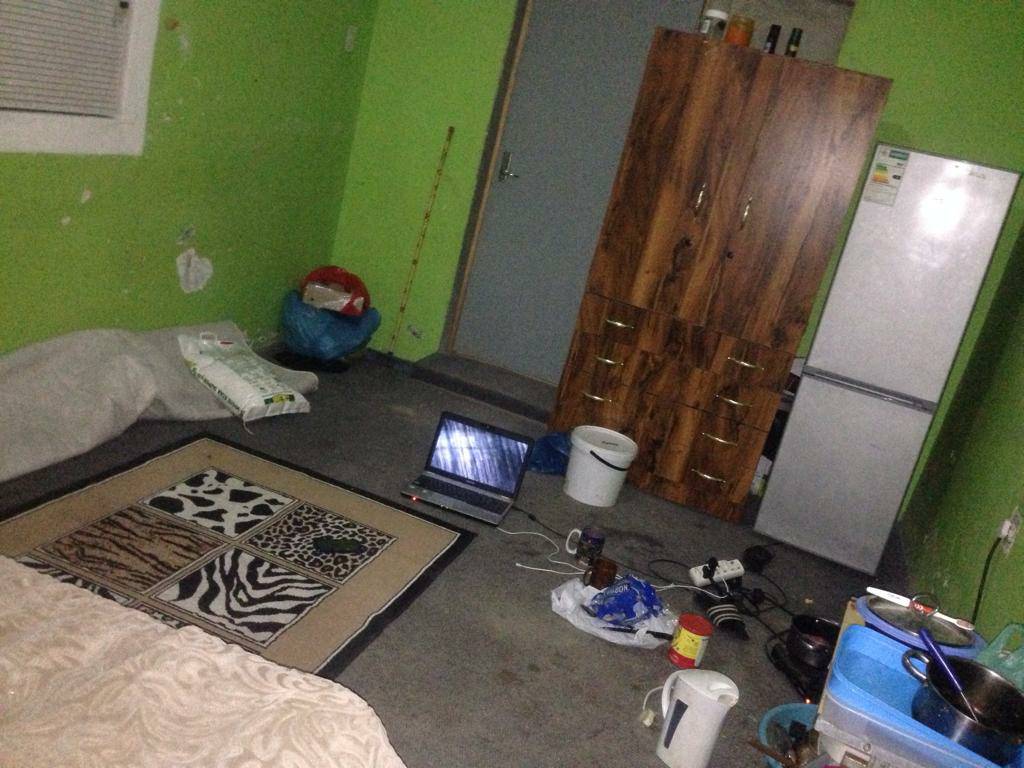 All awry: one of the substandard places the two young men, both children of priests, have found to stay.
Coping International

The following is an anonymous interview with two young brothers, with whom I have been in contact with for some years. I will refer to the two men by pseudonyms, John and James, for the purposes of this article, out of respect for their privacy.

James and John hail from the Democratic Republic of the Congo, the Pope’s destination next month, from 2 July to 5 July. They are presently in South Africa, banished there by family, owing to their paternity. They were thrown out of the only home they every knew at the tender age of 12. Why? Simply because they are the children of a catholic Priest in the Democratic Republic of the Congo.

The Pope’s Safeguarding Commission has recently confirmed to Coping in its May 2022 letter as follows: “Children are not a matter of reproductive biology, much less their parents’ possession. Children are a gift […] in every circumstance.” (PCPM, ’22.)

However, the flip side, within the context of the children of priests, is equally given due recognition by the Pontifical Commission: “The Commission has observed in its studies, the tendency to protect the institution of the church or the priesthood can prevail over the primacy of the good of the child.”  (PCPM, ’22.)

I first heard from James and John, now residents in South Africa, but originally from the Democratic Republic of the Congo, some years back. People they came to know from South Africa wrote letters pleading Coping to help. James and John decided for a long time they did not wish to speak out because secrecy had been worn into the fabric of their souls, since their conception by their father. However, just a few days ago, James and John emailed me and advised “(Our) father is not supporting since December. I really don’t know what to do, and I find out he has like eight other children from different mothers. I feel lost neglect and forgotten.” James and John thought it appropriate allow readers a window into their lives.

Doyle: Have you always known that your father is a priest or were you told later in life?

Doyle: Have you much contact with your father, was he a good father?

Doyle:   Were you told to keep the identity of your father a secret?

Doyle: What (if any) were the consequences of not keeping the secret, were you threatened to keep the secret of your father’s identity?

J & J: “His family threaten[ed] us, and mother was scared to talk.”

Doyle: Do you feel that you have been bullied or harassed as a consequence of being priests’ child?

J & J: “Yes, we feel we have been bullied, neglected, abandon[ed] and forgotten and treated like dirt, just by being a child of a priest […]?”

Doyle: You have been banished from your home country owing to your paternity, how does this make you feel?

J & J: “It hurt[s] [us].] It[‘s] painful leaving everything behind starting over not knowing the languages […] and I couldn't say otherwise. [I] didn't have a choice.”

Doyle: Do you have hope for the future?

J & J: “Yes, I have hope I may not know how am going to overcome this or how am going to survive but I believe one day I will achieve my dreams and fly high with a positive spirit.”

Doyle: What are your circumstances now? Are you homeless, are you allowed home?

J & J: “Am working as a cleaner every night at any moment this job may end and definitely [we] will be homeless”

Doyle: Is anyone helping you? If they are, is this help in the condition of silence?

Doyle: This is your opportunity to address your father, what do you wish to say to him?

J & J: “What did we ever do to you so that you let us pass through this lonely painful hardship, rejection, [a] miserable life, this life of regret, wanting people to notice me, why, why? Where were you all this time? All we wanted was your love.

The Catholic Church has a duty of care to stand up and admit the atrocities it is committing in the name of the risen Christ; each child who suffers in such a manner is a blemish upon the face on the way to Golgotha. When will these prelates realise that it is their own clericalist whips that lay scorn upon the blemished body of Christ? These two men face homeless and hunger and a very uncertain future, alongside their eight siblings. Can we rely on the priest’s bishop in DCR  to do right by these men in a culture that doesn’t allow anyone to even speak of such, so-called, scandal? Two young men face homelessness, just so that one congregation does not have to deal with inevitable consequences of celibacy, the consequences of the “lamentable defection”, and so a priest can lay his head on his soft pillow, while his own children lay theirs on the cold ground.