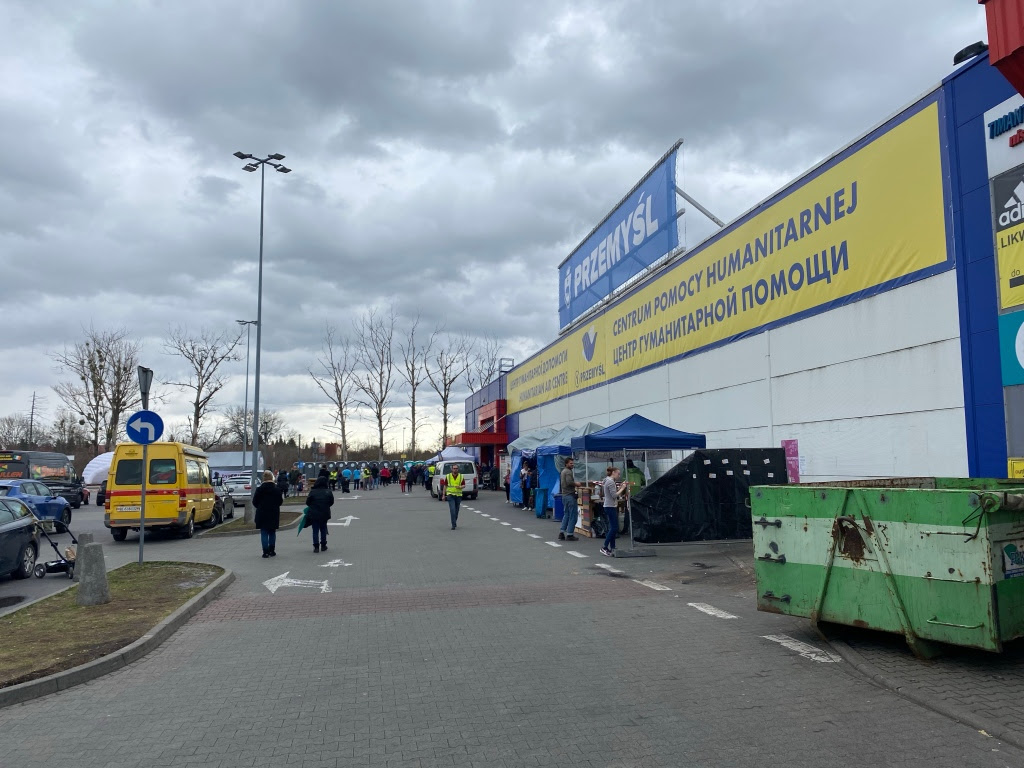 Volunteering to help refugees on the border between Poland and Ukraine

As Congolese bishops prepare for the Pope's visit, children of priests are demanding the right to be seen and heard

The Congolese bishops are preparing for a visit by Pope Francis in July. 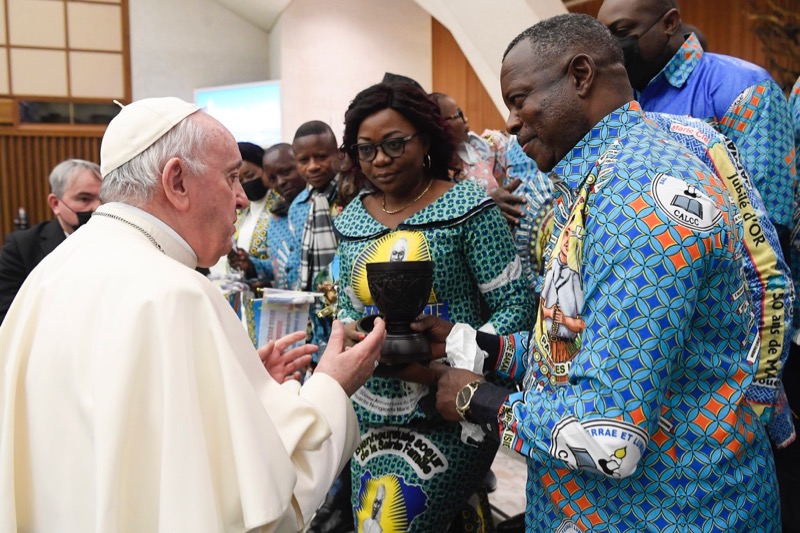 Recently, it became public knowledge that the Bishops in the Democratic Republic of the Congo released a document concerning the topic of children of priests. Suspicions arose concerning the timing of the document's release, ahead of Francis’s 2022 visit. The Congolese bishops are preparing for the visit in July. However, a spokesman for the Catholic bishops in the Democratic Republic of the Congo (DRC) has denied that a recent document urging priests with children to seek laicisation and care for their families was purposely timed before the upcoming papal visit to the country. “The decision to write it was made at the June 2021 plenary assembly before the pope's visit was even announced,” said Monsignor Donatien Nshole Babula, secretary general of the National Episcopal Conference of the Congo (CENCO).”

“At the school of Jesus Christ. For an authentic priestly life” is an internal document that is certainly hard to get one’s hands on if one is not a clergy member. However, one thing is for sure, dismissal is the result when the child becomes known about.

Are the Congolese bishops correct in requesting that all priest-parents leave ministry? Is this the correct teaching on the matter?

I have liaised with the Vatican a lot on this issue for many years now. Particularly, I liaised with the Congregation for the Clergy and one thing for sure was that dismissal or compulsory resignation for priest-parents is not required in every case and I have that in writing from Rome.

The Congregation for Clergy confirmed to me, in writing, the situation of a priest remaining in ministry having fathered a child, is absolutely not impossible.

The revised 2019 Vatican Guidelines for priests’ children include a mention of this phenomenon. Guideline number three circles this very issue. The Holy See confirmed that for any such priest who remains in ministry, who is the father of a new-born, the timing and the manner of conveying information relating to his paternity rest with the interested adults (biological parents/guardians).

Regarding the situation whereupon a priest fathers a child but neither biological parent wishes to marry, regarding the impossibility of a priest remaining in the priesthood, recommitting to celibacy, and acknowledging his child (openly), the Holy See agreed that such a situation is not impossible, but that each case be examined on its own merits and its own particular circumstances, adding that many considerations must be taken into account, including the suitability of the priest for the priesthood.

If a priest has fathered a child, one must consider two things: the good of the child, all we have to do for that, keeping in mind any concrete situation and the suitability of the priest for the priesthood and for exercising ministry.

The Holy See agreed that secrecy is not required in situations where children of priests exist but proper discernment as to when to tell the child (ensuring emotional stability of the child to receive said news so they are supported)and beautifully cited the Gospel according to John 16:12: “I have much more to say to you, more than you can now bear.” The scriptural reference is a witness to the accompanying psychological trauma that often accompanies this phenomenon.

Reports on the Congolese story online note: “They [the bishops] emphasise the incompatibility of the office of father with the ministry and the priestly life in the Roman Catholic system and insist on the need for these priests to adopt responsible behaviour towards children born to a woman and a priest.” They invite them to “deal with it completely and to do so seek dispensation from priestly obligations from the Holy Father”.

The alleged incompatibility of priest-fathers is often cited in relation to supporting priest-father’s dismissal from the clerical state or adopting a pro-resignation process for said persons. This incompatibility is feigned at best and disavows our eastern brothers, who enjoy a married clergy, and the difference in traditions convey the reality that the incompatibility is rooted, not in reason or pragmatism, but opinion and denial. Forced unemployment fosters secrecy which in turn promotes child centred emotional harm and psychological difficulties.

The Congolese bishops are preparing for the Pope’s visit in July. They must consider whether asking priests to leave ministry because they have a child is going to work. Said priests have not spoken up to this point. What makes the church think that said priests/religious will speak up now? If anything, they have driven these marginalised families deeper underground as a consequence of this document, because their approach to this issue is one of rigour and law, lacking any compassion or pragmatism.

Had the Congolese bishops approached this issue pragmatically stating, as the Irish bishops did last month, regarding priests leaving ministry who stated “all dioceses provide appropriate assistance to priests who leave priestly ministry, to help them to adjust to life outside ministry and to become financially self-supporting”, then maybe this would have been more life affirming. The bishops of Ireland recognise the associated fear of leaving ministry, unemployment, housing and so forth; now root that fear in a deeply Catholic country where religion is part of the fabric of society. What results? Silence, unending silence.

Reports that covered the story state: “In Congolese society, these children are considered “fruits of sin... Exhorting and persuading are no longer enough, these attitudes make it difficult to amend the culprits and sow confusion and scandal among the faithful.” That is why “the priest who begets children needs both mercy and reproof from the Church”.

“Fruits of sin … culprits … scandal … the priest needs ... reproof from the church.” With words such as these attached to the conception of people such as me, is it any wonder these women and children live eternally banished beneath the thumb of coercive control?

In short, the Congregation for the Clergy and the Congolese bishops, as per revised 2019 Vatican Guidelines for priests children, adapted from the 2009 original text composed under Pope Benedict XVI, are inherently out of sync with one another, and the absolutist stance of the Congolese bishops will do little else other than reaffirm the already existing and very harmful silence that permeates the minds of the Congolese children of the ordained and religious.

The bishops of the Congo speak of justice in this regard. Greater focus on safeguarding standards for children in the Congolese church, and implementation of said standards, would achieve a true sense of justice for all children.