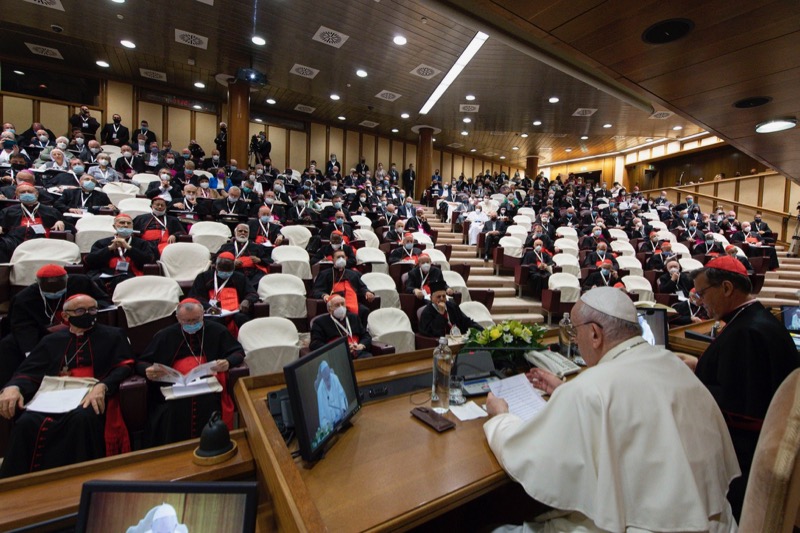 What does synod have in common with the Cat in the Hat?

Prayers that Our Lady of Kyiv is comforting the people Ukraine 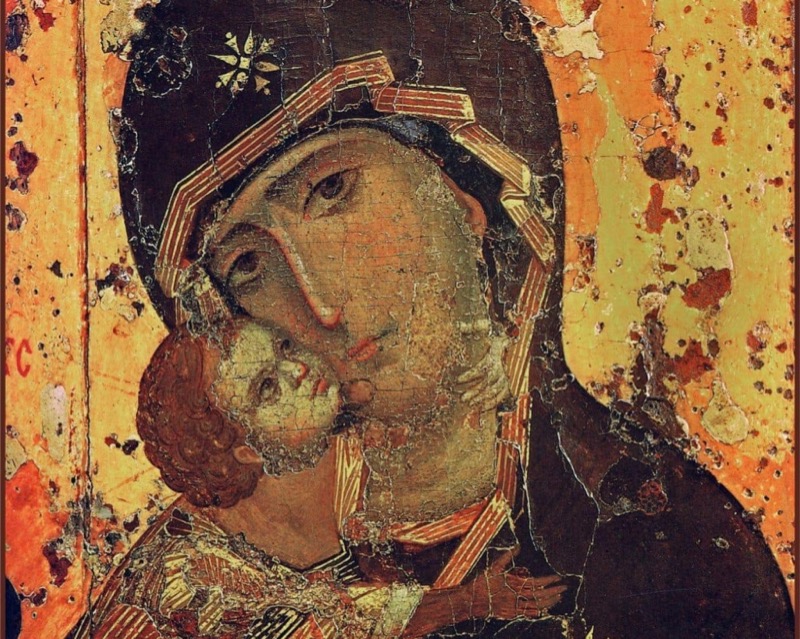 Our Lady of Kyiv
Caro Hattersley, chief executive, Women at the Well.

There’s a famous icon of Our Lady which has reminded me not only of the significance of icons but also of the importance of story and narrative in the building of national identity.

When I was sending out information about our Irish Chaplaincy Lent Retreat I mentioned that I would be inviting participants to share thoughts, reflections and pictures as the week went on. Someone sent me straight away a picture of an icon and it happened to be one I had been using in my morning prayer during the winter months. It was only then that I discovered the name of the icon, Our Lady of Kyiv. A couple of days later at the zoom Mass I attend occasionally I was overjoyed to see the face of Oksana, a lovely Ukrainian woman and an old friend from L’Arche. She explained to us how our prayers are so important for people in Ukraine. And I explained how Our Lady of Kyiv would be with us each day on our retreat.

Shortly afterwards I invited Bernie from our ICPO office in Maynooth to write something for our Spring newsletter and received from her a piece about her recent experience of writing an icon of Our Lady. I related to Bernie the above story of Our Lady of Kyiv and she replied: “I too wrote this icon but it is called ‘The Theotokos (our Lady) of Vladimir’. There is a lot of controversy about its origins. Some say it was originally a gift to Kyiv, having been sent there from Constantinople in 1131, before being moved in 1160 to Vladimir and thence to Moscow where it lives to this day. It is said to have been written by the evangelist Luke. It is a beautiful icon and shows the tenderness between mother and child cheek to cheek, and, unusually, Mary wears dark garments, possibly an indication of coming sorrows.” Bernie concluded: “I guess the Russians have their story and the Ukrainians their story about it.”

The Ukrainian story now is one of bravery and defiance in the face of a supposedly stronger opponent and these qualities have been typified by the president, Volodymyr Zelenskiy. When the Russian invasion began he was asked by the US government to get out of Kyiv but responded: “I need ammunition, not a ride.” He remained in his besieged capital and since then has been giving a nightly address to his people, in which he is usually dressed in a hoodie! Zelenskiy is no conventional politician and I love his back story. His dream was to be a comedian and he founded in the 90s Kvartal 95, whose productions poked fun at the political class and criticised corruption in his country. He was dismayed by Russia’s annexation of Crimea in 2014 and concerned at the appointment as Ukrainian president in that same year of the billionaire Petro Poroshenko, and at the apparent return to authoritarian rule. He said: “When TV channels fell under the leadership's control we realised if we didn’t act we'd end up in the same situation as Russia.”

From 2015 Zelenskiy starred in a popular TV series, Servant of the People, in which he played a teacher unexpectedly elected president. Both Poroshenko and Putin were targets of the show’s satire. Servant of the People became the name of the political party formed by Zelenskiy in 2017 and two years later he went on to be elected president in a landslide victory over Poroshenko.

Vladimir Putin, by contrast, comes across as someone corrupted by power, surrounded by super-rich cronies, and with a distance from reality symbolised by his addressing those he meets with from one end of a ridiculously long table. Putin’s narrative for a post-Soviet era Russia was of a new state comprising Russia, Belarus and Ukraine, supposedly based on the ancient kingdom of Rus, which had  Kyiv at its heart. He even, at the onset of invasion, declared that Ukraine did not exist in its own right. Putin is no servant of the people, and his words, and the actions of his army, could not have done more to re-enforce the Ukrainian sense of independent statehood. There are even some Russian speakers in the East of the country, those allegedly being protected by the Russian troops, who have switched now to speaking Ukrainian. Another act of defiance. Another strengthening of statehood and the national narrative.

I don’t know how our comedian turned president turned international hero feels about icons since he is himself Jewish. However, I like to think that Our Lady of Kyiv is watching over Volodymyr Zelenskiy and that she is a source of daily comfort to him, just as she was to me this past winter.

And may she give comfort to the people of Ukraine at this time; just as I hope that Our Lady of Vladimir is giving comfort to those in Russia who are suffering.