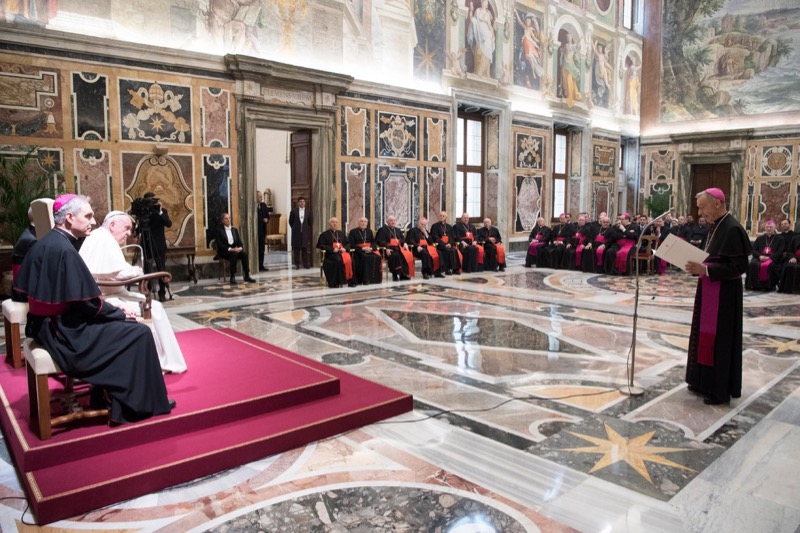 A silenced priest assesses the Pope's changes to the CDF

Ukraine stands on the brink and governments must act

But the current tensions threaten to plunge thousands more in Ukraine into homelessness and despair.
Oksana Kuznetsova / Alamy

For millions of people living on the borders in Ukraine, these are not just news reports. They represent a daily reality of fear, terror and continual uncertainty.

I have worked in many countries of the world, providing humanitarian assistance for over 30 years, working with displaced people, refugees and those who are homeless. I have seen the bloody effects and terror of conflict, war, shelling, raids, and the desperation of political turmoil and collapsing economies. Yet, whether in Syria, Ukraine, or here in the UK, there is one profound long-term effect of any kind of social upheaval: people losing their homes.

Homelessness is something we shy away from because it is uncomfortable. It is ironically too “close to home”: we know we are all just a few steps away from being there ourselves. But we need to confront it head-on. Homelessness is not just about losing your home, it is so much more. It invariably means losing your safety, dignity, and self-worth; it is about losing or damaging those relationships you rely on in times of need, your friends and family. And it is about feeling like you are cast aside and no longer a valued member of society.

On the streets of Ukraine, the daily threat of military action is breeding fear. It has been seven years since the last Russian invasion, and Depaul Ukraine has been working tirelessly with the local and national government to help rebuild by providing legal support, emergency shelters, food, teaching life skills and offering accommodation to thousands of rough sleepers. But the current tensions threaten to undo this hard-fought work, and plunge thousands more into desperate living conditions.

For those in Ukraine, homelessness means temperatures as low as -20C, frostbite, deep snow, lack of access to medical care and, crucially, a loss of identity. The street homeless in Ukraine often have no ID, they are lost to the healthcare and government systems. Because of this, there is no official count of homeless people in the Ukraine. But we know that last year alone there were over 760 “unaccounted for” deaths on the streets of Odessa, Ukraine’s third largest city, with people freezing to death. Sadly, a similar story can be told around the world: there are fewer than 30 countries in which there is a formal count of the homeless population, although the global figure is estimated to be nearly 150 million.

Homeless people in Ukraine are suffering from layer upon layer of vulnerability. Ukraine emerged from the Soviet era with no form of social safety net. Since independence Ukrainian governments have started to make progress towards creating a welfare system. But there is still abject poverty, marginalisation, freezing weather.  The last two years have added the Covid-19 pandemic. Now there is the nightmare prospect of war.

Father Vitaliy Novak CM, chair of trustees of Depaul Ukraine, tells me: “It is the living nightmare of not knowing what tomorrow will bring. We have to stand firm in our faith, to seek out those most in need, to pray and stand together, for peace and freedom. We need to act. We are proud of Ukraine, we have fought hard for our independence”.

Father Vitaliy echoes the fundamental approach to charity of our founder, St Vincent de Paul, supporting the poorest of the poor.  A priest in 17th century France, St Vincent was a major social reformer, often seen as the founder of organised charity.  His work was not only innovative, it challenged the perceptions held by both Church and state. He believed in action rather than words.

“The service of the poor is to be preferred to all else, and to be performed without delay. If at a time set aside for prayer, medicine or help has to be brought to some poor man, go and do what has to be done with an easy mind,” he said.

It is with St Vincent’s words ringing in my ears that I implore governments to act now, without delay. Ukraine is standing at the brink, and we must broker a peaceful resolution. We are accountable for the unaccounted.