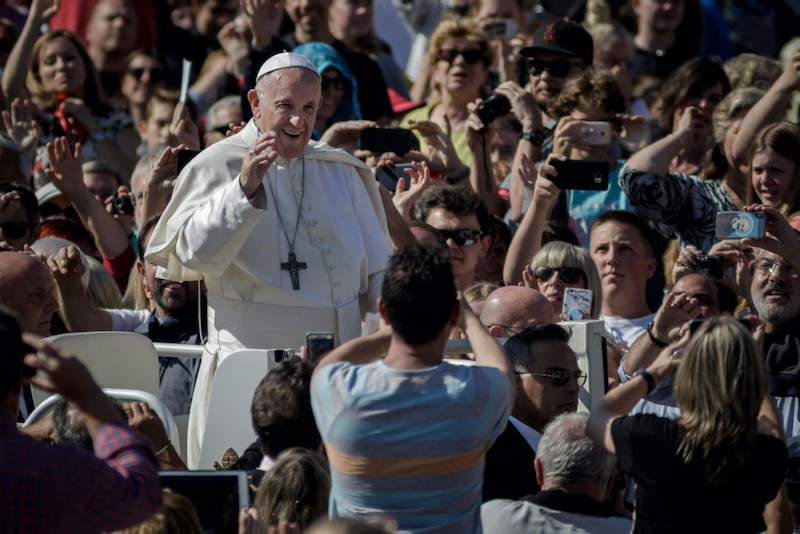 Depression, suicides, deaths of friends – prisoners tell their stories to the cardinal 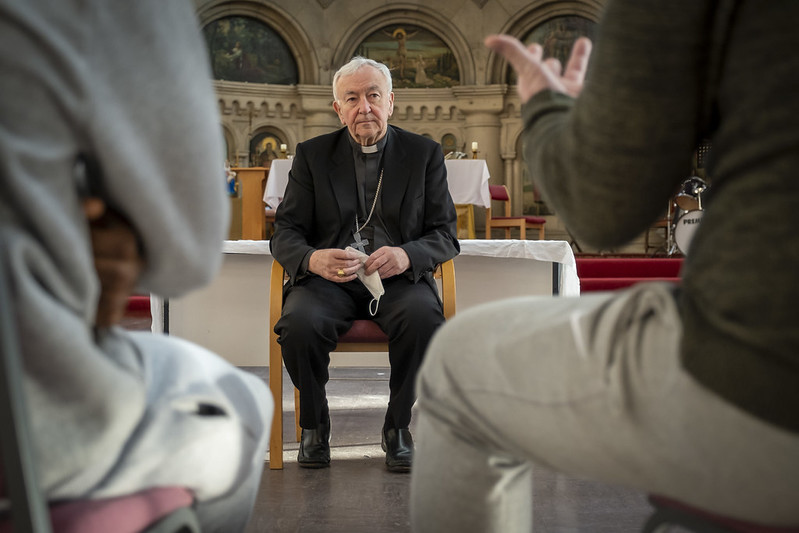 There are some who worry that prison is like “a holiday camp” these days, although maybe this sentiment will be less prevalent, given what so many have been through during the pandemic.

Those of us who have not been in prison have nevertheless experienced pandemic-related limits on our freedom over the last eighteen months or so. No going out. No meeting with others. No gathering for Mass. Those of us who nevertheless could watch television, make phone calls, and maybe play video games have not reported feeling like we were at a holiday camp. Perhaps we might recognise more readily these days how destructive for prisoners that loss of freedom can be to mental health, relationships, spiritual wellbeing and support networks.

The first time I met Cardinal Vincent Nichols, a few weeks before Christmas, he said that he wanted to visit a prison to listen to the prisoners as part of the synodal process. He emphasised that he would not want to “do all the talking”.

Cardinal Nichols is the President of Pact, the Prison Advice and Care Trust. His visit to HMP Wormwood Scrubs last week was one of many pastoral prison visits he has made. This time Pact arranged the itinerary, in partnership with the prison’s Catholic chaplain Father Chima Ibekwe and the prison staff, in such a way that the main focus was for the Cardinal to sit down in Wormwood Scrubs” beautiful chapel, with a group of prisoners and hear what they wanted to say. 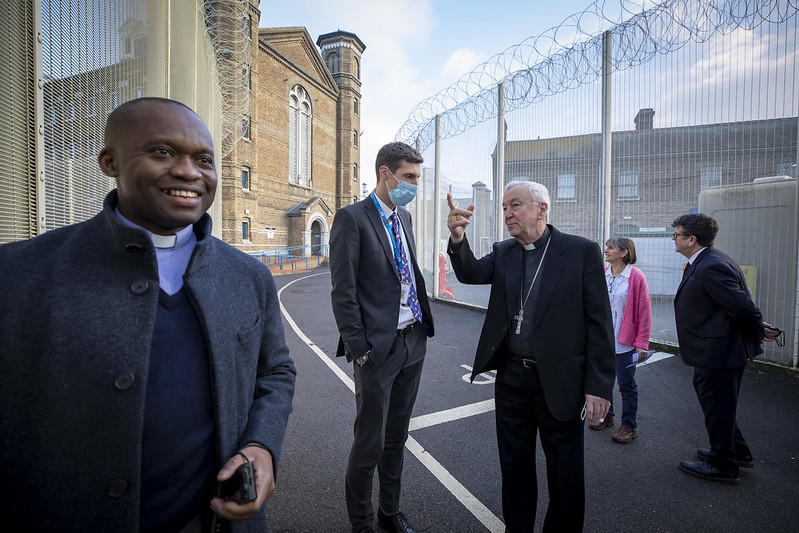 Cardinal Vincent Nichols arriving at HMP Wormwood Scrubs to meet staff from PACT and visit men inside the prison to attend prayers in the prison chapel with the Catholic chaplain Father Chima Ibekwe. Pic: Andy Aitchison.

On the day, all of us spotted the generous spread of sandwiches and cake laid out for “after”. I sat nearby, imagining I was keeping a kind of vigil of unobtrusive solidarity. In Anna Rowlands book The Politics of Communion, she says: “Far from being a loose and saccharine concept of human connection, solidarity requires a practical moral engagement with ideas of universal human kinship.” Little snippets of the men’s dialogue with the cardinal reached me. I was struck by the ordinary humanity of this group of people “encountering” each other and indeed finding some kind of kinship.

There were some little awkwardnesses, some jokes, and the generous taking of turns to nurture a flow of conversation. How quickly this kinship was cemented when the prisoners spoke about their experience of missing times of prayer because of the necessary pandemic restrictions to the prison regime. They shared concerns about maintaining bonds with their children when visits were postponed. Cardinal Nichols mentioned his mother. The men spoke about depression, suicides, deaths of friends. The cardinal agreed that the restrictions on attending funerals has been deeply traumatic for families and friendship groups.

The spirit of encounter continued when senior prison staff joined us in the chapel later. Father Chima told me that staff of all faiths and none were interested in preparing for the visit and meeting the Cardinal. The Acting Governor, Dom Ceglowski, had acknowledged the pastoral importance of the visit. Professional encounters over refreshments must be very familiar both to Cardinal Nichols and the prison’s senior leadership team. They are also a great opportunity to articulate our shared values. As Anna Rowlands writes: “An ethics of friendship, charity and justice is the intrinsic basis of institutional as well as personal life.”

Members of the multi-faith chaplaincy spoke with the cardinal and, having heard good things about them already from “the men”, he reported being deeply impressed by their work. 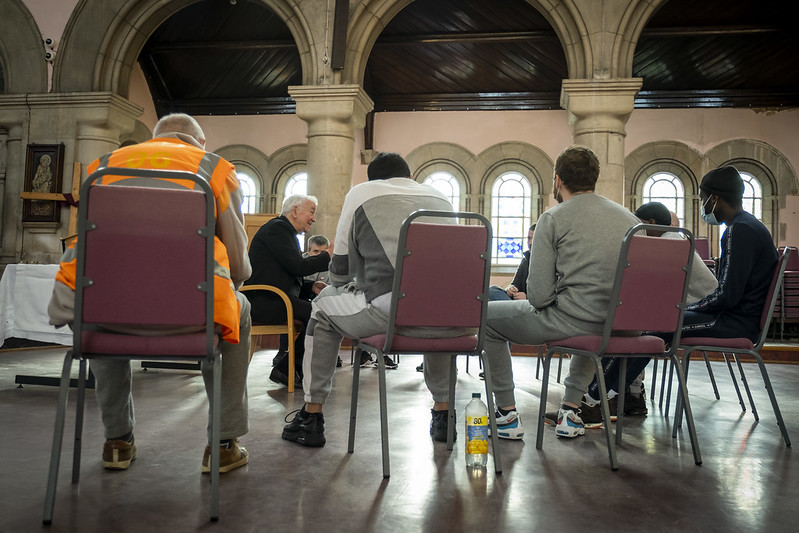 We might wonder what the cardinal will feed into the synodal process from his dialogue with these prisoners. One said: “Can I ask you, your Eminence, about Judas? Should we see him just as the traitor or was he maybe also an unlikely hero of the Gospel? If he hadn”t betrayed our Lord, would Christ still have died on the cross for us and redeemed our sins?”  While the men expressed concerns for lives here and now, we might notice them also, perhaps with pain and uncertainty, looking to the future. One man asked whether the cardinal thought they be welcomed in a parish community on their release. The cardinal said he would take this worry away with him.

Part of my role at Pact is to bring the voices of prisoners and their families into parishes. Over the coming months, I will be helping Catholic communities to understand what life can be like for prisoners, people with convictions and their families and how we can all help, as Pope Francis says, “...to appear to each other, to speak and be heard, to care and to regenerate our lives together, as seekers of a common life worth living”.