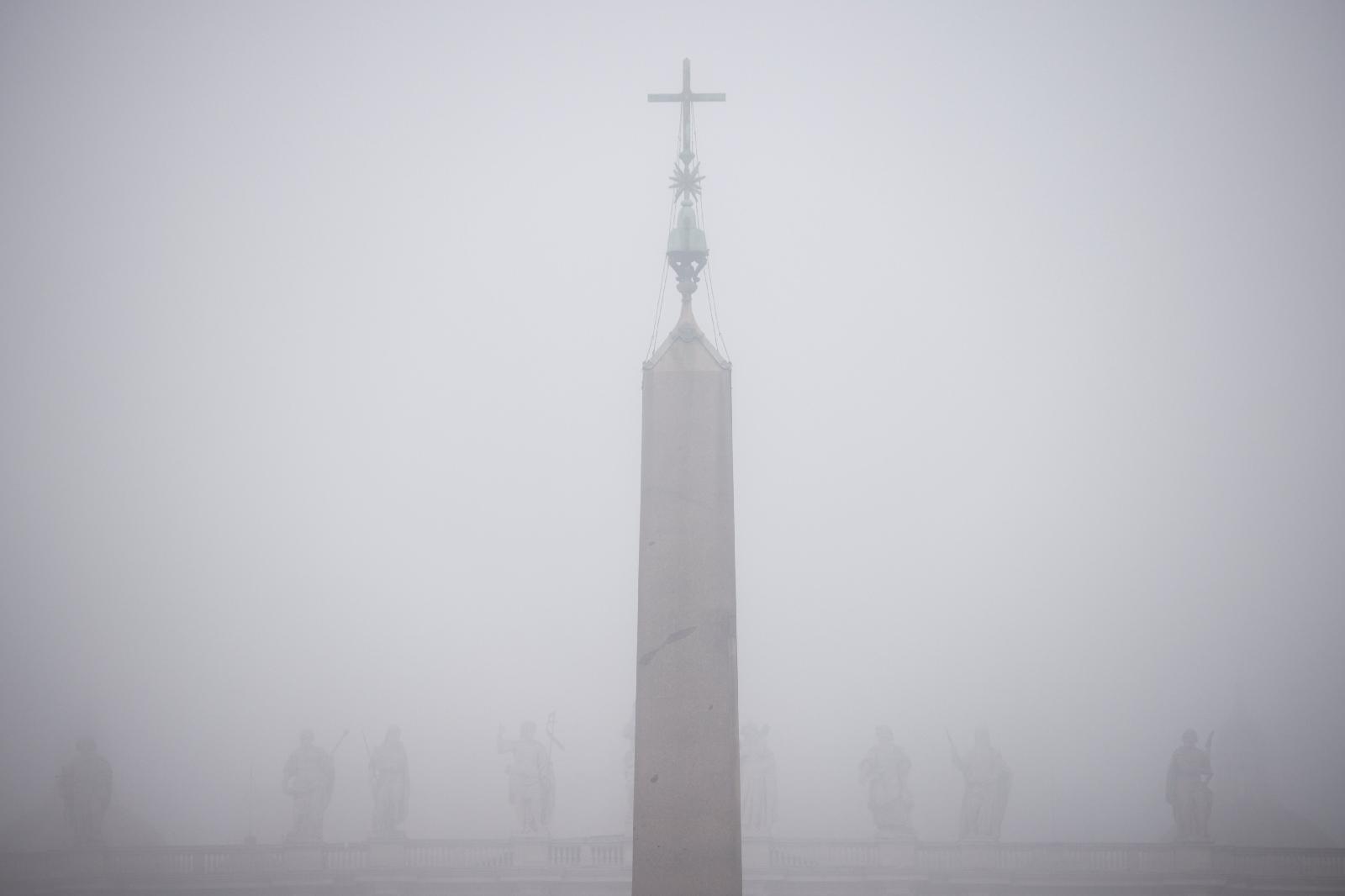 Do look up! Unfriending war and making friends with peace

The blessings of good books 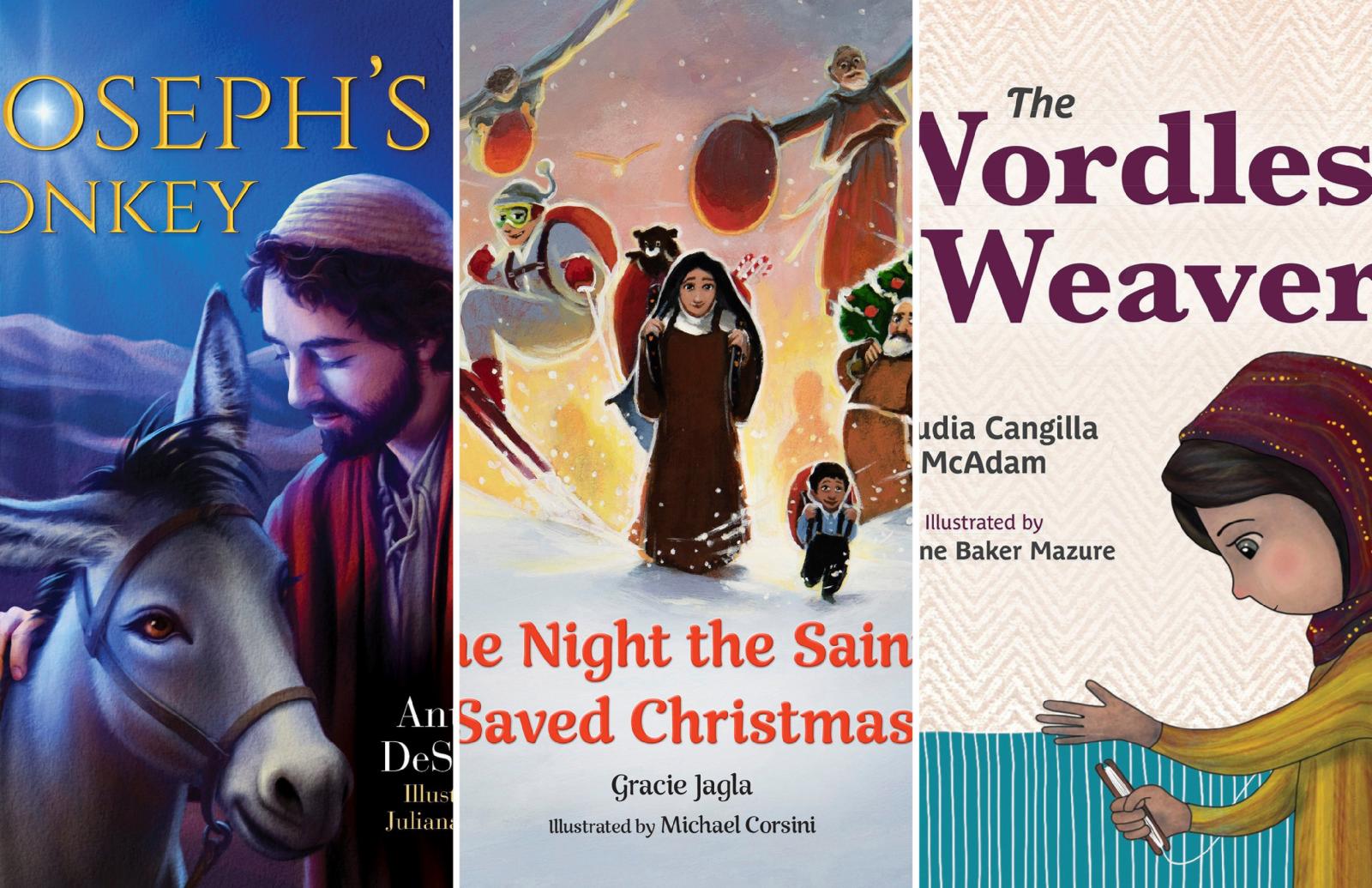 Books do furnish a room, they say; indeed they do, possibly a bit over-energetically in our house. Periodically I decide that we have to get rid of some, but it’s really hard to put into practice. The time just after Christmas always renews the problem, as we try to put any present-books away on already crowded shelves. We have run out of not just bookcases but also the walls to put bookcases in front of, so we will either have to move house or find a new home for some of the books. My husband makes piles and leaves them in strategic places, but at this stage in the year they become very unstable.

It used not to be quite so bad. The children all had their own bookcases in their bedrooms, and there were general shelves in all the rest of the house. Past experience shows, however, that the problem worsens whenever someone returns from being away. As each child returned from university, they needed more shelf space, and we (parents) didn’t have a leg to stand on, because we were regarded as owning all the general books (mostly true). Our own downfall came from having several postings in a row. These were to places without (English) libraries, so we had to take enough books to be able to live; but that meant there was new and available space on the shelves at home. Some was colonised by the children, but I have to admit that I also felt that it meant we could find room for some more books. Then we came home, and there was nowhere to put the books we had originally left with; and then there was Covid, and the children returned to live and work here, with their own books. Two have since moved out again, but the books unaccountably have not lessened.

Remember the paper-free office?  We all thought, when Kindles were invented, that this might mean fewer books on the shelf, but I only know one person who actually got rid of some books and went digital. It was John, our middle son, who crows about it regularly, because he took a lot of his student books to a charity shop, but I notice that the bookshelves in his room are still full. For my own part, I find that it’s difficult to get rid of a book I love even if I have it on my Kindle, partly because Kindle is a far less satisfying experience. Because it’s made of a ribbon of text instead of pages, things change their position on the page. You can’t riffle forwards and backwards. You can’t check something quickly (John says that you can, with practice). The title isn’t written on the front of the Kindle, though again John says that it would be if we had more modern versions of Kindles, but I’m used to my ancient version. There are misprints, and you can’t correct them; and there are mistakes, like missing sections, or a digital misread of a facsimile text, and you can’t do anything about them. Above all, not everything is available, although Project Gutenberg has helped a lot. But nothing is quite like the pleasure of a physical book.

However, books proliferate, worse than socks or wire coathangers, so something will have to be done. I can’t blame increased shopping during the pandemic, because everyone has actually been quite abstemious, and the house hasn’t shrunk, though it feels like it sometimes. You do have to buy new books occasionally, for work purposes, presents or ease of reference (and because our local library even here at home has been shut now for nearly two years), so I have to find some way to make space by removing some old ones. That means choosing. As the Bible says with amazing foresight, there are always more and more books, and moving them about is physically exhausting (Ecclesiastes 12:12).

We have loads of children’s books, but woe betide you if you try to add any to a charity shop bag. Someone will walk past and notice a favourite book being quietly removed, and will equally quietly sneak it back on to a shelf, usually where they can keep an eye on it for a bit. I can’t blame the children: we still have lots of my and my husband’s children’s books. I would get rid of his, and he might get rid of mine, so we have to compromise by keeping both. Even if a book is tatty and battered, that’s not a reason to throw it away, it’s often a sign of love. I was driven to get rid of one children’s book (Mog’s Christmas, by Judith Kerr), because the binding had gone and the four middle pages were actually missing. So I determinedly threw it out, because the story was lacking a crucial stage in the plot (trust me on this). Nobody was too upset, because the hiatus was so annoying. However, once the charity shops opened again, I just happened to find a copy of the book with all its pages, so I bought it. I was annoyed with myself for not being more strong-minded (youngest child twentyfive, and no grandchildren), so I did an experiment: I just mentioned casually that I’d managed to replace the book. Every reaction was relief and pleasure; so it’s not just me.

I can get rid of clothes, shoes, bags without a qualm, unless it’s something special. I love recycling and throwing things away; but not books. I suspect that you don’t actually ever grow out of books, especially the ones which have mattered to you at various stages. My husband loves Arthur Ransome’s Swallows and Amazons series, though it never did much for me; but we have the full set, some from when he was little, and others bought later. Then he decided he’d like to have them all in the old bindings (green hardbacks), so over time (several birthdays and Christmases) we tracked them all down. But we can’t actually get rid of the old paperback copies. The children might need them. They might, one day, but they are all still keeping most of their books here, even the few who have moved out.

Books represent so much more than just the text. Dispassionately speaking, I ought to be able to discard some of the picture books, the picture alphabets, the poetry collections and the books of nursery rhymes. I still even buy new children’s anthologies occasionally because I’m trying to track down a half-remembered poem from my own childhood. But I can’t recycle or throw any of them away, because I can remember reading them to a sequence of small people each for the first time, or even more poignantly, reading them so many times that we could all recite them together even without book. To avoid having to list each person’s favourite, I am not giving specific examples here, because it would lead to heated discussion. Each children’s book is like a memory capsule. I’m sure each family member remembers different aspects of the same book as well as different books. There were some books I definitely thought were more boring than the children did, and I’m glad to have moved on from the ones with a lot of animal noises. But there are several books where, if you mention the title, whoever you’re talking to will stop and suddenly have a faraway look in their eyes, almost a listening look. This is very precious, and I couldn’t get rid of those books. Happening upon them on a shelf I haven’t checked for a while is a great pleasure (if time-consuming). Really good picture books stand up to time where less-good ones just fall under the chariot wheels and are forgotten.

I can get rid of whodunits (except for Dorothy Sayers and Josephine Tey), but Mary loves Raymond Chandler and Sherlock Holmes, and my husband loves Maigret. I could let go of the boy’s adventure story books, like Treasure Island and The Three Musketeers, but he also loves John Buchan and Dornford Yates. I don’t like very much of the sci-fi; - but our sons regard the parental home as the National Collection of early Asimov and similar. I wouldn’t give shelf space to Stephen King; but this has brought out John’s protective instinct, and he’s squirrelled them all away in his room, so now it’s actually my fault again that his shelves are full.

I have managed to hand over many of the King Arthur and Robin Hood versions to Rachel, who has carried them off to her house, which is a win, but I cannot part with my Victorian women novelists and my early feminists, any more than I want to give up my Ladybird fairy story collection. Not exactly picture books, they have nevertheless shaped the mental pictures of witches and princesses for generations of children, and Margaret (especially) and I still judge more modern versions against them. Margaret was joyfully terrified by the fierce redheaded witch-stepmother in Rapunzel, much more frightening than anything Disney has ever come up with; and we are a pushover for anything reminiscent of the colours and patterns of The Twelve Dancing Princesses. Further along in her childhood, Ladybird modernised some of the pictures, and we weren’t so keen on those, especially when they went along with easy-to-read retellings, when those were trendy. I think we might be able to let those go, but only if no-one notices what I am up to.

I want to keep all the craft Ladybirds, the histories and historical biographies, the science and explanation ones. The Bible ones are good for the Old Testament, but rather feeble and white-nightgown for the New. Here lies another great advantage of the Ladybird book : they are small and so portable, easy for small hands to hold, full of colour and interest, plenty of different pages and pictures, and can fall to the floor of a pew during the sermon without making much noise. It’s easy to guy these books, and indeed people have been doing so for a few years now, using the illustrations with new text on The Shed,  The Student, The Husband and similar; but like the old I-Spy books, there’s a lot of explanation in (say) Our Weather or Planets, which is actually very well done. And I do love the pictures.

Getting rid of any books is really hard, and it can only be done one book at a time. Thank heavens that at least the charity shops are now open again, because if we do give any up, they have to go to a good home. In our family we all find extremely distressing those pictures where people have sliced up and glued the inside pages of books into fantastic shapes to make paper lanterns and similar. Do that with newspapers if you must (and not sheet music, either). That is not what books are about or for. Books furnish the mind; they ‘makyth man’; they are some of your first and definitely some of your most lasting friends. They deserve good treatment, and they always have more to give, ready for the next reader. But where on earth am I going to put the books I was given for Christmas?