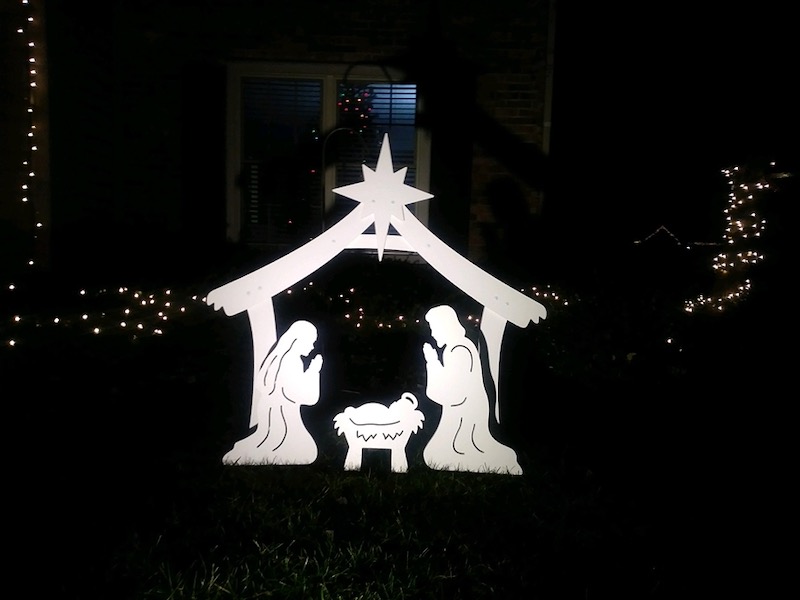 Carols, Mass and Covid – a parish priest plans for Christmas 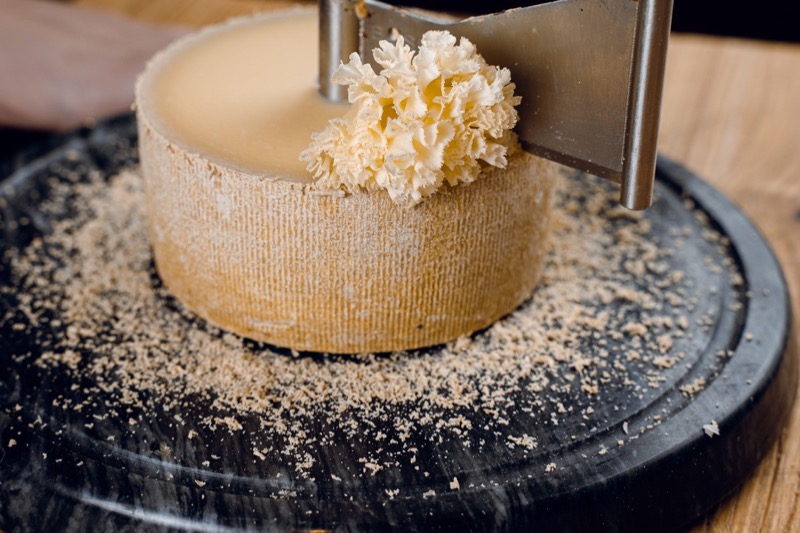 In the Middle Ages, the calories and protein supplied by cheese were a substitute for “flesh meat”. The picture shows tête de moine or monk’s head cheese.
Anatolii Rabizo / Alamy

A great compensation of ageing is the opportunity to unashamedly embrace idiosyncrasies. High on my list of oddities is the reading, motivated by nothing more than sheer pleasure, of the “legends”, or idealised biographies, of medieval saints. The Kalendre of the New Legende of Englande is, therefore, an endless source of delight.

Published in 1516, this late medieval hagiographical best-seller includes the legend of St Juthwara “virgine and martyre”, which recounts how the pious Juthwara, worn out by her austerities and grief-stricken at the death of her father, developed an angina-like “sykenes of the brest.” The remedy recommended by her evil stepmother was “to ley new chese to her tetes”.

It’s for this reason that St Juthwara’s attribute, or symbol, in art is cream cheeses. She’s depicted on rood screens in Devon, in fourteenth-century stained glass at Exeter Cathedral and in the Victorian east window at Sherborne Abbey in Dorset, which was the location of her medieval shrine, long since destroyed.

Historians set little store in St Juthwara’s legend. It’s even uncertain when she lived. But the unconventional remedy for her thoracic pains and the resting of her relics at Sherborne Abbey provide an excuse to explore the relationship between medieval monasteries and cheese, two of my very favourite things.

A convenient, nutritious and tasty way of preserving the milk of cows, goats and sheep, cheese has long been a component of the monastic diet. In the Middle Ages, the calories and protein supplied by cheese were a substitute for “flesh meat”, the consumption of which was forbidden by the Rule of St Benedict.

A 14th-century book of customs from Winchester Cathedral Priory in Hampshire records that its sixty of so monks scoffed their way through 32 pounds of cheese a week. That’s approximately half a pound per monk, per week. Similar levels of consumption are suggested by the financial accounts of Westminster Abbey, where the monks tucked into 2.5 ounces of the stuff each day. Overall, an estimated 4 per cent of the total calorific intake of medieval monks was derived from cheese and other dairy products. Great care was taken to ensure that each monk received his fair share. At Abingdon Abbey (Oxfordshire) the senior monk in charge of the monastery’s refectory was allowed to miss the Mass to enable him to accurately carve the cheese served at the main, midday meal. As explained in an earlier column, this was eaten in silence, monks and nuns using sign language to communicate. Cheese had its own sign, the lexicon from Bury St Edmunds Abbey (Suffolk) instructing “join each hand at an angle, like someone pressing a cheese”. Cheese was eaten on its own, with bread and also baked into tarts. In the early sixteenth century, the brethren at Battle Abbey were even enjoying a fondu-like cheesy pottage, or soup.

Cheese consumption followed the rhythms of the ecclesiastical year. The Winchester monks were allowed an extra week’s worth on 15 July, the feast day, in every sense, of St Swithun, the ninth-century bishop of Winchester whose relics rested in their cathedral. But feast was balanced by fast, and cheese was forbidden throughout Lent and also on Fridays, a prohibition which the austere Cistercians extended to their servants and guests.

In keeping with the self-sufficiency envisaged by the Rule of St Benedict, much of the cheese consumed within monasteries was produced at their own dairies. In 1269-70, ewes pastured at the New Forest granges of Beaulieu Abbey (Hampshire) yielded enough milk to make a staggering 11,700 pounds of cheese. A century later, the accounts of Whitby Abbey (North Yorkshire) record the purchase of rennet for cheese making and at the turn of the fifteenth century the cellars of Selby Abbey (North Yorkshire) were supplied with more than 100 pounds of cheese from the monastery’s dairy at Stainer.

Indeed, cheese production at many monasteries far exceeded the famously prodigious appetites of their monks, servants and guests. Surpluses were a valuable economic commodity. Cheeses from Battle Abbey were sold at stalls outside the monastery’s great gate, the monks of Binham Priory, Norfolk paid tithes due to the parish church at Wells-next-the-Sea in cheese, and the abbot of Launde in Leicestershire sought to ingratiate himself with Thomas Cromwell with a gift of cheese. It was even put to pious uses, with offerings of cheese made each Michaelmas on 29 September to an image of St Begu at Rumburgh Priory, Suffolk.

Monasteries relied on female labour for much of their cheese production. In 1507, the dairy of Sibton Abbey, Suffolk was placed under the management of one Katherine Dowe. She more than earned her annual £1 salary, the number of cows at the monastery increasing from 66 in the year of her appointment to 140 in 1513, with annual cheese production more than doubling over that period. As well as being an astute business woman, Katherine also composed didactic, religious verse:

Then to thy work bustlie

To thy meat joyfully

And though thou fare poorely

Any thy lodging homely

Katherine’s enterprise at Sibton inspired her son, Bartholomew Dowe, to write a Dairie Booke of Good Huswives. By the time of its publication in 1588, England’s medieval monasteries had been in ruins for fifty years, victims to Henry VIII’s Dissolution of the Monasteries. But morsels of their tradition of cheese production were salvaged from the spoils. The early sixteenth-century dairy at Muchelney Abbey in Somerset continued in use until the early twentieth century, the first floor room above it, originally built to accommodate a senior monastic official, used to store truckles of cheddar. Wensleydale cheese, originally made using sheep’s milk, may well be a direct descendant of a cheese made by Cistercian monks at Jervaulx Abbey, North Yorkshire, who were renowned for their sheep farming. You won’t be surprised to learn that Wensleydale is one of my favourite cheeses.