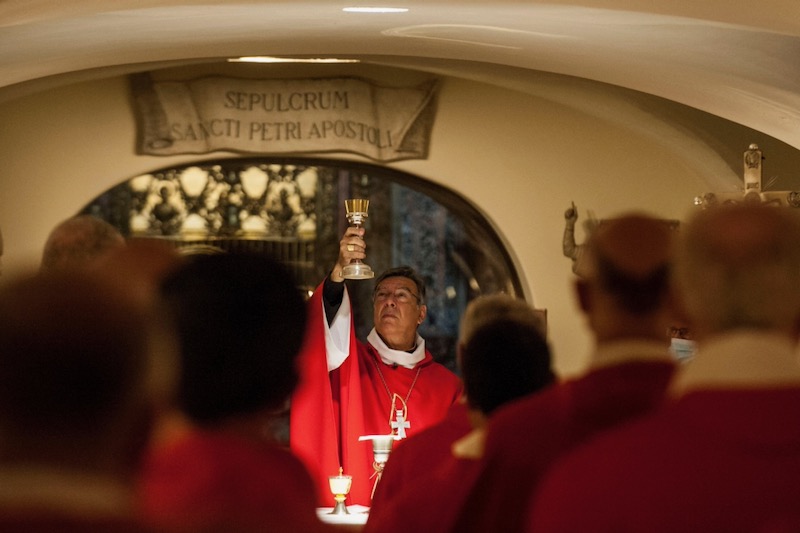 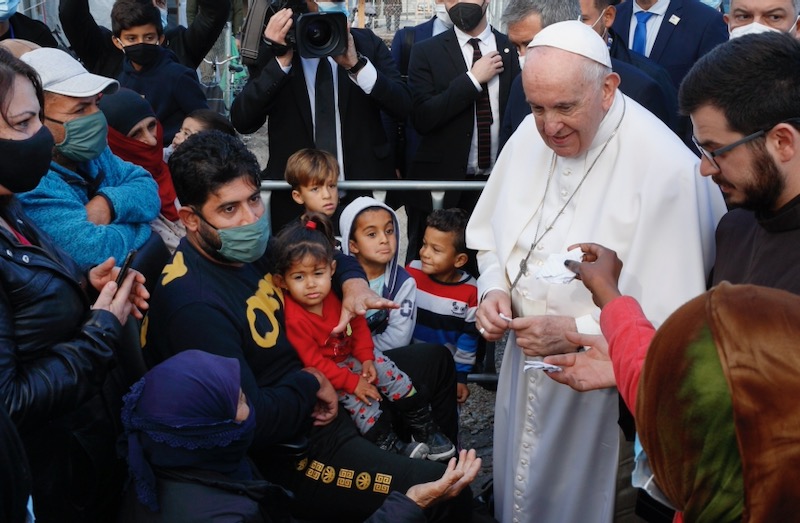 Has Pope Francis, pictured here during his recent visit to Cyprus and Greece, the courage to address the issue of the children of the ordained?
CNS photo/Paul Haring

Anton Aschenbrenner in the early 1990s worked as a priest in Germany. He became a father in 2002, while still a priest. Der Spiegel reported: “The bishop certified that he was a sinner, but that he could return repentant to the bosom of the Church.” As a civil servant, “she can take care of herself”, the late bishop, who died last month, is alleged to have said, according to Der Spiegel.

It is almost twenty years since the story of Luz Aurora Otoya and Alfonso Vegas broke, a priest and a nun who fell in love, only for their relationship to end in court with accusations of abuse. Otoya and Vegas became a media storm and were mobbed by a media throng, gathered outside a restaurant in 2002, leaving amid smiles and camera flashes. The media had gotten a glimpse of an age old wound that Pope Paul VI called, the “lamentable defection”, priests and religious who engage in sexual relations.

Mid-2012, media reports began to surface indicating Bishop Fernando Maria Bargallo of Merlo-Moreno had submitted his resignation after acknowledging a romantic relationship with a woman. In June of the same year, Pope Emeritus Benedict XVI accepted the resignation of the Bishop following the disclosure of the Bishop and a woman at a beach in swimwear together.

“With a deep sense of embarrassment and shame, I write to let you know that in late 2018 I had a two-month affair with an unmarried woman.” These are the words of Fr Robert Sinatra, a New Jersey Priest, accused of sexual assault against a woman.

The Inquirer, Philippines, in May 2021 reported that Archbishop Florentino Lavarias removed one of his priests, accused of having an affair with a married woman. “The scandal broke out […] Monday (May 3) through the release of a five-minute video that showed a man furiously confronting his wife and the priest. All that the priest uttered was: “I’m sorry.”

These types of stories are dotted across the world.

Pope Saint Paul referred to priests and religious straying from their celibacy vows and chastity promises as the “lamentable defection”.

The procreative lamentable defection is an interminable wound, an unmistakable wound, owing to human nature, cannot be disentangled from the celibate and chaste priesthood.

Paul VI wrote in 1967: “Our heart turns anxiously and with deep sorrow to those unfortunate priests who always remain Our dearly beloved brothers and whose absence we keenly regret. We speak of those who, retaining the sacred character conferred by their priestly ordination, have nonetheless been sadly unfaithful to the obligations they accepted when ordained. Their sad state and its consequences to priests and to others move some to wonder if celibacy is not in some way responsible for such dramatic occurrences and for the scandals they inflict on God's People.

In fact, the responsibility falls not on consecrated celibacy in itself but on a judgment of the fitness of the candidate of the priesthood which was not always adequate or prudent at the proper time, or else it falls on the way in which sacred ministers live their life of total consecration.”

The tone of Pope Paul VI’s words impacts children in the womb.

In my work as a psychotherapist, my supervisor, my primary psychological advisor, herself an expert in childhood trauma, discusses weekly the effect of trauma on the child in the womb, particularly within the first trimester. She notes: Iin the first trimester in the womb, humans encounter the origins of the main personality disorders and psychosomatic stress conditions that affect us throughout our lives.” Psychotherapist Patricia O’Reilly questions the impact of pressure upon women and children.

Has his Holiness Pope Francis the courage to address this issue? With the recent resignations of bishops in Spain and France over what is referred to “in the business” as clerical incontinence, surely this inevitable wound, that drowns children, psychologically so, is worthy of a Pope’s comments, if “zero tolerance” is actually real, or is it an illusion?

The words “zero tolerance”refer back to the 2019 sex abuse summit where these words were thrown about loosely. However, it seems – as per the “lamentable defection” in Spain and Paris – these 2019 words displayed a flamboyant intention, with little root.

“We’re all sinners. When the gossip grows and grows and removes someone’s good name, he cannot govern,” Pope Francis said in relation to the former Parisian Archbishop; if zero tolerance were real, would not such exits be tailored with pragmatic support, when a child is present? If the Pope is real about zero tolerance, he will say the words “children of the ordained” publicly.