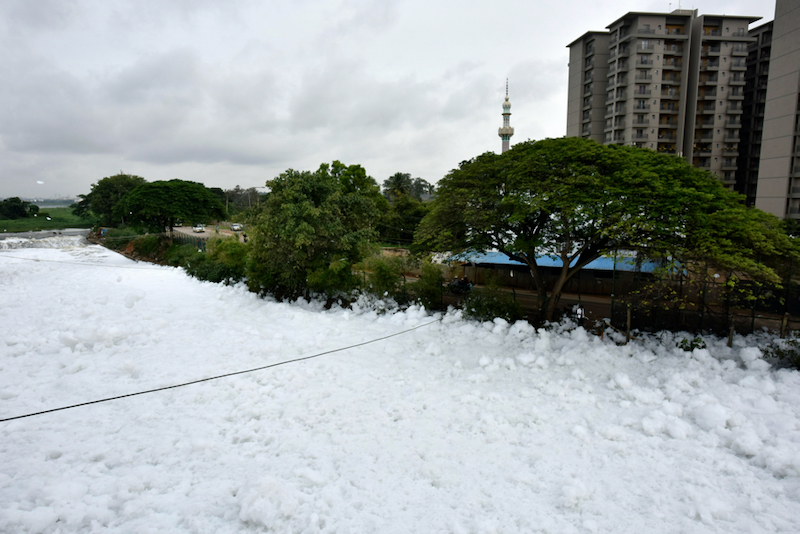 The poorest in society are the most affected by climate degradation

To understand Pope Francis, we must see him through the lens of his Jesuit formation. 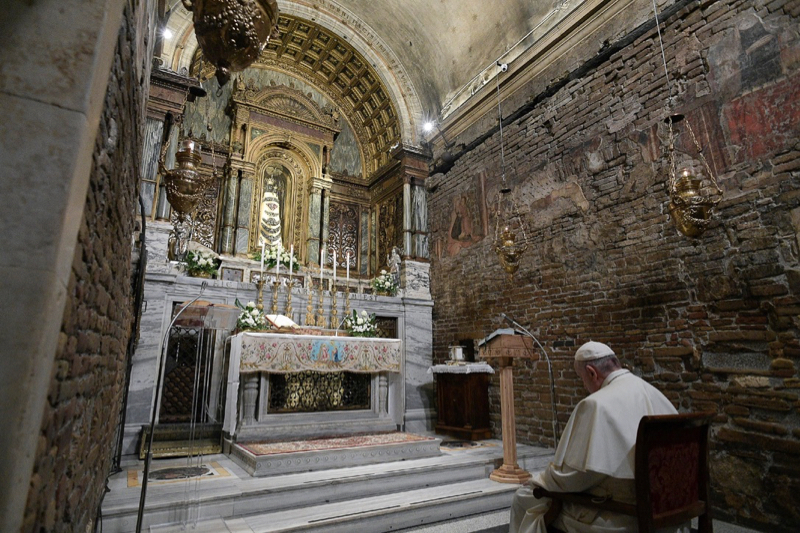 Pope Francis is often regarded as an enigma. Many among the clergy and the laity have expressed surprise and even consternation at the Argentinian pontiff’s vision and praxis for the Catholic Church. Some of this confusion might be due to how different Francis’s style is relative to his last two predecessors. Others, however, may be wilfully misinterpreting the present Pope for a variety of reasons: to promote a more liberal spin, for instance, or to militate against such a liberal spin. However, the key to unlocking the mystery of Francis may lie in the enigmatic religious order in which he spent most of his life: the Society of Jesus.

To understand Pope Francis, we must see him through the lens of his Jesuit formation.  This means, first of all, viewing Francis’s leadership in relation to the society’s use of consultative obedience. We also must know something about the Jesuit approach to community as unity amid polarity and diversity. And, finally, we must understand the emphasis on care for the whole person, or cura personalis.

Consultative obedience in this context refers to the consultative nature of Jesuit leadership, compared to the hierarchical nature of diocesan leadership.

For example, when a diocesan priest gets assigned to a parish, there might be some conversations prior to the assignment, but this is not necessarily the standard. The assignment could come practically out of the blue. Jesuits, on the other hand, meet at least once a year with their provincial superior and their local superior. Discussions of new assignments, among other things, occur within the context of these meetings.

The Jesuit approach to obedience presupposes trust and transparency. During a one-on-one meeting with a local superior or provincial, the Jesuit shares his joys, desires, sorrows, temptations, doubts and fears, often referred to as a manifestation of conscience. The Jesuit opens his heart to his superior in the spirit of the call for magnanimity in the spiritual exercises: “It will be very profitable for the one who is to go through the exercises to enter upon them with magnanimity and generosity toward his Creator and Lord, and to offer Him his entire will and liberty, that His Divine Majesty may dispose of him and all he possesses according to His most holy will.”

The Society of Jesus calls its superiors to accompany each Jesuit in his care by attentively listening to what the spirit is saying and doing in that Jesuit’s life and call, and to respond based on the merciful love of Christ experienced in the exercises.

The constitutions of the Society of Jesus emphasise that the purpose of the manifestation of conscience is for the Jesuit to disclose to the superior any personal limitations and desires so that the superior might use this to discern the appropriate course of action that satisfies both the society’s and the Jesuit’s needs.

The significance of this process can be best understood by an illustration.

A provincial might believe a Jesuit who is an excellent teacher and administrator would make a great high school president. But when he listens to this Jesuit share about his struggles with stress and the toll it has had on his blood pressure and health, the provincial decides not to make this appointment. The decision demonstrates care for both this Jesuit and the Society’s ministries.

Pope Francis has admitted that as a Jesuit provincial, he, in retrospect, was more of an authoritarian than an accompanier.  This leadership style eventually resulted in Fr Jorge Bergoglio’s exile in Córdoba, a time of humiliation that transformed him and later moulded him into a consultative leader.

As anyone who has done the 30-day spiritual exercises would attest, the experience is not solely a one-time event but becomes an ongoing process of transformation. Córdoba continued in Francis the metanoia sought in the exercises. The silence, solitude, humility and humiliation he experienced in Córdoba formed in the present pontiff a heart disposed to listening rather than commanding.

When we juxtapose the Jesuit model of consultative obedience alongside Pope Francis’s call for synodality in Church governance, this offers a clear perspective into the supposed enigma of the pontiff’s governing style.  In commenting on Pope Francis’s synodal model, Cardinal Joseph Tobin emphasised Francis’s desire to place mercy and listening at the forefront of the Church, thereby introducing “a model of the church that the Lord expects for us in this millennia”.

Pope Francis therefore wishes to imbue Church leadership with the praxis of merciful love and attentive listening that Jesuit superiors are formed in and called to perform.

This brings us to the question of communion amid polarity.

While Jesuits are often branded as liberal, anyone who knows Jesuit communities can attest that in a house of ten Jesuits, there can be ten varying opinions.

I believe the experience of Jesuit community, especially some of the division that occurred during his time as provincial, influenced Pope Francis’s call for opponents to engage in dialogue.  The metanoia of Córdoba also provided Francis with the insight to engage instead of oppose.

Consistent with the art of accompaniment, Pope Francis promotes the polyhedron model of the Church and exhorts polarities to engage rather than solidify divisions.

Here our model is not the sphere, which is no greater than its parts, where every point is equidistant from the centre, and there are no differences between them. Instead, it is the polyhedron, which reflects the convergence of all its parts, each of which preserves its distinctiveness. Pastoral and political activity alike seek to gather in this polyhedron the best of each. There is a place for the poor and their culture, their aspirations and their potential. Even people who can be considered dubious on account of their errors have something to offer which must not be overlooked. It is the convergence of peoples who, within the universal order, maintain their own individuality; it is the sum total of persons within a society which pursues the common good, which truly has a place for everyone.

Additionally, in Let Us Dream, Francis encourages us to enter into the tension arising from opposing opinions and ideologies. Polarisation is not the answer, nor is merely regarding differences as “conflict.” Rather, even when consensus seems elusive, learning to view such differences as contrapositions enables us to engage them in “a fruitful, creative tension”.

In this, Francis was influenced by the theology of Romano Guardini.

Commenting on Massimo Borghesi’s Jorge Mario Bergoglio: Una biografia intellettuale, Fr Mark Bosco SJ offers the following connection between Pope Francis and Guardini. He says the encounter between Francis and Guardini resulted in the Pope’s reimagining of the Hegelian notion of history along the lines of dialogue rather than dialectic. Hegel proposed an understanding of history characterised by perfection and progress. Guardini, however, proposed an alternative understanding of history, one that might be characterised as “reconciliation thinking”, not a naïve, optimistically progressive process but a synthesis of polar opposites into a higher, transcendent plane.

Using the work of Guardini, the Pope promotes the importance of approaching polarities not as static coexistent entities but as living realities, with dynamic possibilities when exercised with sound discernment. When we do so, neither side is demonised, a process that Pope Francis notes is the activity of the evil spirit. Rather, the good spirit calls both sides to move toward fraternity and solidarity.

But Bosco adds that Francis “was drawn to the idea of a constructive tension of polarities through the spiritual exercises of St Ignatius. The exercises encourage a person to simultaneously have faith as if all depends on God, yet to act as if everything depends on us. This classically Jesuit position of holding polarities together allows the follower of Christ to be deeply in the world, yet open to the transcendent, to be contemplatives in action.”

Accompaniment and engagement stem from another core Jesuit value, cura personalis, or care for the whole person.

As a model of Jesuit pedagogical engagement, cura personalis encompasses “taking a personal interest in the intellectual, affective, moral and spiritual development of every student . . . They are ready to listen to their cares and concerns about the meaning of life, to share their joys and sorrows, to help them with personal growth and interpersonal relationships.”

Applying this in a pastoral setting, intrinsic to cura personalis is that each person is unique, and therefore the care offered is not cookie-cutter in nature but specific to the one being ministered to.

Additionally, cura personalis is embedded in the spiritual exercises: “If the director of the Exercises observes that the exercitant is in desolation and tempted, let him not deal severely and harshly with him, but gently and kindly.”

From the exercises, Jesuits learn to treat those in their care with attentiveness and gentleness, seeing the person’s individual giftedness along with their unique struggles and hardships. The Jesuit seeks to see this person as God sees them, and communicate this divine vision to the person in his care.

Pope Francis demonstrated cura personalis when he took three Syrian refugee families to Rome and when he wrote in Amoris Laetitia “that the divorced who entered a new union should be made to feel part of the Church”.

Catholics who are sincere about wanting to understand Francis must see him as the Pope who was first a Jesuit formed in the exercises before becoming a bishop. His Jesuit life, even the occasions that resulted in division, provided the context for his metanoia and transformation to lead the Church towards the enigma of God’s boundless mercy by promoting a consultative approach to discernment and Church leadership, encouraging polarities to engage, and governing with cura personalis.

Matt Kappadakunnel has a background in investment management and investment banking. He spent multiple years studying to be a Catholic priest and graduated from Creighton University. He lives in Los Angeles, California with his wife and two children.