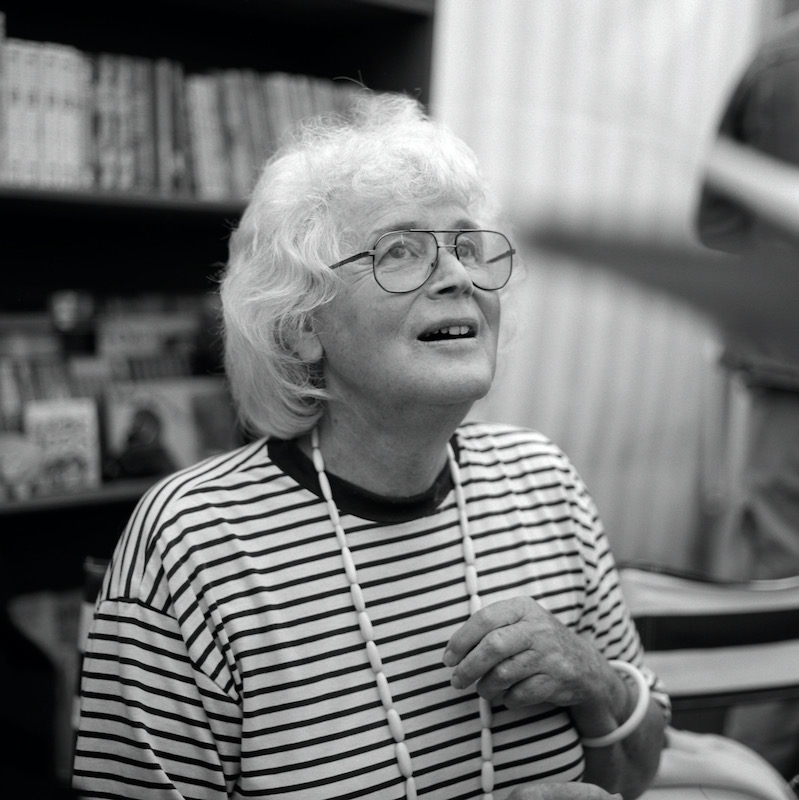 Is transphobia a sin?

In a monumental failure of leadership, too many dioceses are failing to engage with the synodal pathway

by Frank Callus and Mary Ring

The Hungry Sheep Look Up and Are Not Fed – Lycidas, John Milton. 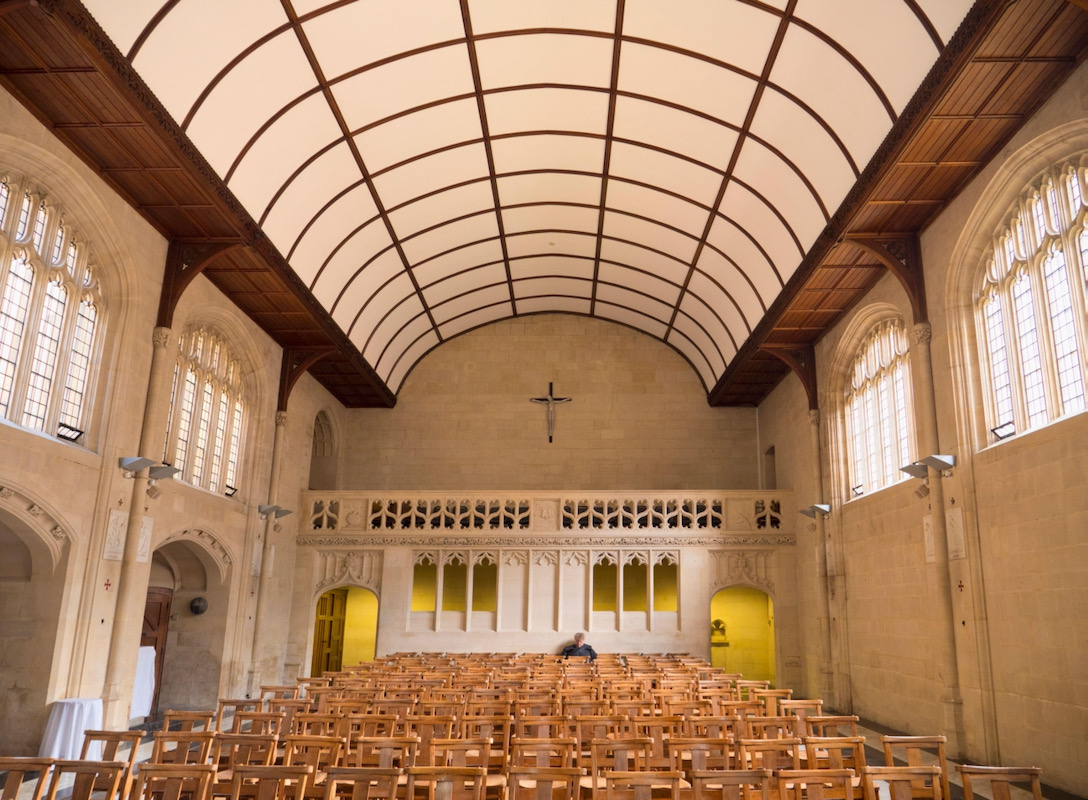 Pope Francis has called on dioceses worldwide to embrace the synodal pathway. So why do so many bishops appear to be doing nothing?
Jon Bower / Alamy

In 1638 John Milton produced a pastoral elegy for a fellow student, a young clergyman, whose death prompted his criticism of the Anglican bishops of the time. He saw the young clergy as living their lives in response to the Gospel value of pastoral leadership and yet lacking the support of the episcopate. The model of the Good Shepherd was a staple of the Gospels and the comparison with those shepherds who did not know their flock and its needs was a constant in Jesus’ teaching.

In May 2021, Cardinal Mario Grech wrote to all the bishops to set in train the synodal process that would lead, ultimately, to the Synod of Bishops in October 2023. They were required to identify a diocesan contact person who would lead a team and act as the contact between the diocesan process and the Catholic Bishops Conference of England and Wales. The team was intended to have four months to prepare for the synodal process as set out in the Vademecum, the handbook issued at the start of September.

Synodality is not a new concept, a new way of doing things in the Church. Its roots lay in the ministry of the first “followers of the way” as described in the Acts of the Apostles. Ensuring the development of the early Church required discussion, attentive listening to the Spirit and a humility to accept the need for change as circumstances changed.

It is no less necessary in the twenty-first century than it was in the first. Pope Francis’ call to the world-wide Catholic Church to engage in a synodal process – a “journeying together” – to discern how we must change as the people of God is as timely as it is necessary. The pandemic has underscored so many of the things that need to change in society at large, and no less within the Catholic Church.

The bishop is considered central to this process by virtue of his office and his responsibility for acting as the guarantor of the faith: “Therefore, the primary role of the diocesan Bishop in this Synodal Process is to facilitate the synodal experience of the whole People of God on the journey towards a more Synodal Church..” (Vademecum 4:2)

A synodal process is built on the foundation stone of the episcopate. The authority of the bishop derives, at least in part, from his exercise of this specific duty. In Westminster, East Anglia and Salford we see plans being laid for a meaningful discourse between pastor and flock. We would support these endeavours and would encourage a wide participation, which enhances the quality of the dialogue and the validity of the decisions made.

In some other dioceses there may be few, if any, plans for such a synodal process to take place. The absence of a meaningful synodal process robs the bishop of that access to the mind and heart of the faithful by which significant and lasting change can be made. In requiring bishops to appoint a team to lead this synodal process, the Vatican recognised that participation of all the faithful was a sign of, and a tangible testament to the authenticity of this synodal experience: participation is based on the fact that all the faithful are qualified and are called to serve one another through the gifts they have each received from the Holy Spirit.

In a synodal Church the whole community, in the free and rich diversity of its members, is called together…” (Vademecum 1:4). The handbook emphasises the need for any synodal process to be open to all. Any process that excludes some and minimises the voice of others is a failing process. Every diocese would need to examine how adequately it was able to hear the voices of the marginalised; a good pastor will be one who knows how to draw in those who are least likely to be heard normally.

While the Vatican has emphasised the central role of the bishop in the handbook and encouraged the active participation of associations, it also recognises the possibility that other associations of the people of God may have to communicate their concerns to the Vatican directly. Religious communities, lay movements, associations of the faithful, and other ecclesial groups are encouraged to participate in the synodal process in the context of the local churches. However, it is also possible for them, and for any group or individual that does not have an opportunity to do so at the local level, to contribute directly to the General Secretariat.” (Vademecum 1: 5)

Among others, ACTA, A Call to Action, is an association, and the Root and Branch is a movement, that work to listen deeply to everyone. Supporting dialogue and encouraging a listening Church are among their core principles. (Root and Branch will be making their Bristol Text available to all reform groups internationally as well as sending it direct to Rome).

These organisations and others stand ready to work with bishops in ensuring the maximum engagement and participation of all the people of God. Dioceses have huge opportunities to work with lay associations, sodalities, and religious communities to ensure that the synodal process is understood, that it hears from the margins and not just the centre and that it ensures a process that is authentic.

Most dioceses have a network of networks that stand ready, willing and able to support a synodal process. It must be a matter of deep regret that the bishops’ conference has failed to engage such groups to ensure a successful initial phase. The situation in some other dioceses is a cause of still greater concern. The absence of any tangible sign of synodal preparation to date suggests that any process is likely to lack engagement and to be conducted with little interest or impact.

It will be a monumental failure of pastoral leadership when it was most needed. In consequence, it will do a grave disservice to the issue of synodality.

In such circumstances what is the duty of the laity? The issue of the co-responsibility of the laity was set out clearly by Pope Benedict XVI: “Co-responsibility requires a change in mentality, particularly with regard to the role of the laity in the Church, who should be considered not as ‘collaborators’ with the clergy, but as persons truly ‘co-responsible’ for the being and activity of the Church. It is important, therefore, that a mature and committed laity be united, who are able to make their own specific contribution to the Church’s mission.”

Canon Law 212.3 sets out the responsibilities for laity in terms of bringing to the attention of the pastor issues of concern. It is the foundation on which the co-responsibility of the laity is based: “According to the knowledge, competence, and prestige which they possess, they have the right and even at times the duty to manifest to the sacred pastors their opinion on matters which pertain to the good of the Church and to make their opinion known to the rest of the Christian faithful, without prejudice to the integrity of faith and morals, with reverence toward their pastors, and attentive to common advantage and the dignity of persons.”

These two elements of the Church’s teaching on the role of the laity means that there can be no passive acceptance that some dioceses will fail to engage with a synodal process because the bishop has failed to initiate one. The laity, the religious and clergy of such a diocese would be disenfranchised at the very moment when there was a clear need for pastoral leadership towards a synodal Church. In this eventuality, it is proper and necessary for others – lay associations, religious communities and clergy – to organise and manage a process making use of the materials provided in the Vademecum.

In the absence of a synodal process in a diocese, the laity are encouraged by Pope Benedict XVI to adopt this change in mentality. The Vademecum further recognises this by encouraging direct contributions to the General Secretariat.

The Catholic Church in England and Wales has been affected, as have most faiths, by the pandemic and its restrictions. In every sphere of life there is a clamour for righting the wrongs of the past, for developing an economy that cares for the weak, the refugee, the marginalised. In our Church, there is a swathe of the rejected, the abandoned, the excommunicated. More than half are women – the very people refused any voice by the Church, yet without whom it would have no practical existence. Many parishioners live lonely and abandoned lives without the Eucharist, punished for their “irregular relationships”. Others are made to suffer for their differing sexualities or gender identities.

Most young simply abandon the Church, with palpable relief.

Root and Branch gives a voice to that growing constituency whom the establishment never counts; those who walk away in despair. The opportunity for creating a joyful, accountable and just Church, more responsive to need, more welcoming to the stranger and more inclusive should be the ambition of every Bishop. There can be no return to the old normal. The move towards a synodal Church is both a result of and a response to the post-pandemic world and it marks a necessary development in the relationship of flock and pastor. The poem Lycidas, cited at the start of this blog, ends on a salutary note. The flock that has been ignored by the senior clergy are no longer around: “Tomorrow to fresh fields and pastures new.”

Comment by: [email protected]
https://www.youtube.com/channel/UC4YF4JMYSO8dDtxzNQEfTjw
Here’s the link to Hallam diocese Synod opening liturgy. Bishop Ralph Heskett is listening. A synod core group and synod working group are forming. There is enthusiasm and excitement for the process along with some anxiety. But a great deal of hope.