How Britain's Covid strategy puts the world at risk 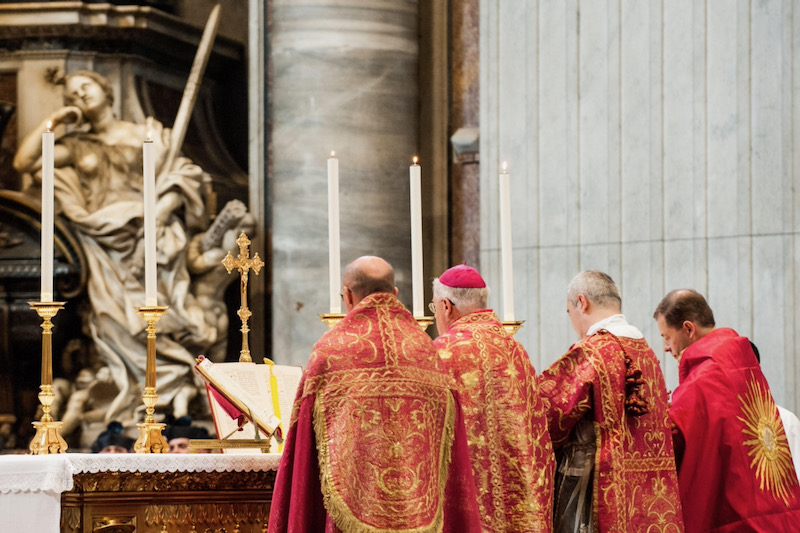 In at least two crunch points of my life, the Mass got me through; the Latin Mass. My godfather attended Lefebvrist masses; I didn’t. I went to Latin Mass when it was allowed, and twice, that kept me from disaster.

Although my godfather was reconciled by the time he died, Archbishop Lefebvre had been told not to consecrate four bishops, did so, and was cut off in 1988. Not all his followers would follow him into schism. From then until 2009, when an accommodation was reached with the Lefebvrists, it was still possible to hear the Old Rite said – though it was made difficult. The people who went to Latin Mass licitly had chosen not to be Lefebvrists.

But things changed. It is in the last twelve years, not the last thirty-three, that I have sensed change. Articles in Latin Mass Magazine, for example, used to have a slightly precious air in that they dealt, logically enough, with details of liturgy. My own impression in the last few years is that the articles range wider. A recent edition carries an article about what it carefully terms conspiracy theories regarding Communist spies at the Vatican. It would be surprising if the Vatican had been the only place in 1960 which did not have Communist spies in it, but that is not the point: this is the sort of narrative – so at least, I think – that used to be found elsewhere.

I’d absolutely agree that the Mass has theological implications, and implicit theology. It really is not just for pious young men and ecclesial anoraks. Really to follow the Mass means more than knowing vestments. Yet I find nothing there in that Rite to say that Vatican II (1962-65) was no true council. In fact: it was this Rite that was said at the Council; it was this Rite that led to the Council. It cannot be a club in the culture war.

There are young families at traditional Mass and it is doing the opposite of fading away. But a deliberate and wholesome effort to evangelise – to broaden the canvas – has somehow got mixed up with a new energy. Some from the ‘60s generation are keen to stamp on it because attendance is growing, and before it grows further. But they are not completely wrong to fear this.

Reconciling the Lefebvrists had created a sense that the tide of affairs was turning, which was not the same as listening with open heart to the Mass each week. The Old Rite does not need to be yoked to old attitudes. Its emphasis on sacrifice should teach us the social Gospel. Its veils over things – mantillas, silences, the Latin itself – should teach us hope in things unseen. Seven times the priest turns round: the Resurrection appearances. Study it. I did. I was never really fussed about which biretta someone might wear. The Mass is not going to a concert for me, it is conversion.

The last Council calls for “noble simplicity”, but do you know what made the “noble simplicity” of the Old Rite stand out to me? A self-effacing priest did that. Going to Mass more often did that. Then, the gestures were no longer distracting details; because I was schooled in them. If I read the Gospel beforehand, Latin (or the priest’s pronunciation) does not keep it from me. I need to be prepared and attend.

That godfather of mine was at St Edmund’s, Ware, when Charles Davis taught there. He went Lefebvrist because, living in France in the 1980s, the randomness of the rare Masses then caused him agony. That’s no exaggeration. He was a good man. I went to the licit Masses because I was in the UK and had the option; and because its integrity lifted me out of confusion in my life.

At the Church’s direst hour of need all “sides” are returning to “inside baseball”. Lockdown has not seen more masses in English said, but fewer, and we have not increased our social contribution. Who do I blame for this argument we are having? Not the Pope, but the people who used the Latin Mass as a badge for views and responses which have not come from the school of that liturgy. We know that the Pope can make changes, even to the Canon. It was over a Pope’s change to the Creed that we lost communion with the Orthodox, and St John XXIII added Joseph to the Canon between the rites of 1960 and 1962. St Paul VI changed the Rite in 1970. When Benedict XVI defined ‘extraordinary rite’ as the term for Latin Mass, people warned then that another Pope could make a different change and restrict it.

But the Pope is the Pope. And there has always been a plurality of rites. Ironically it was Trent that first reined in plurality, but the Council of Trent did not reduce it to one. There still is that plurality. But for as long as people use the Mass as a sign of things it is not, new ordinands will need permission to say this Rite. Who should apologise for that?