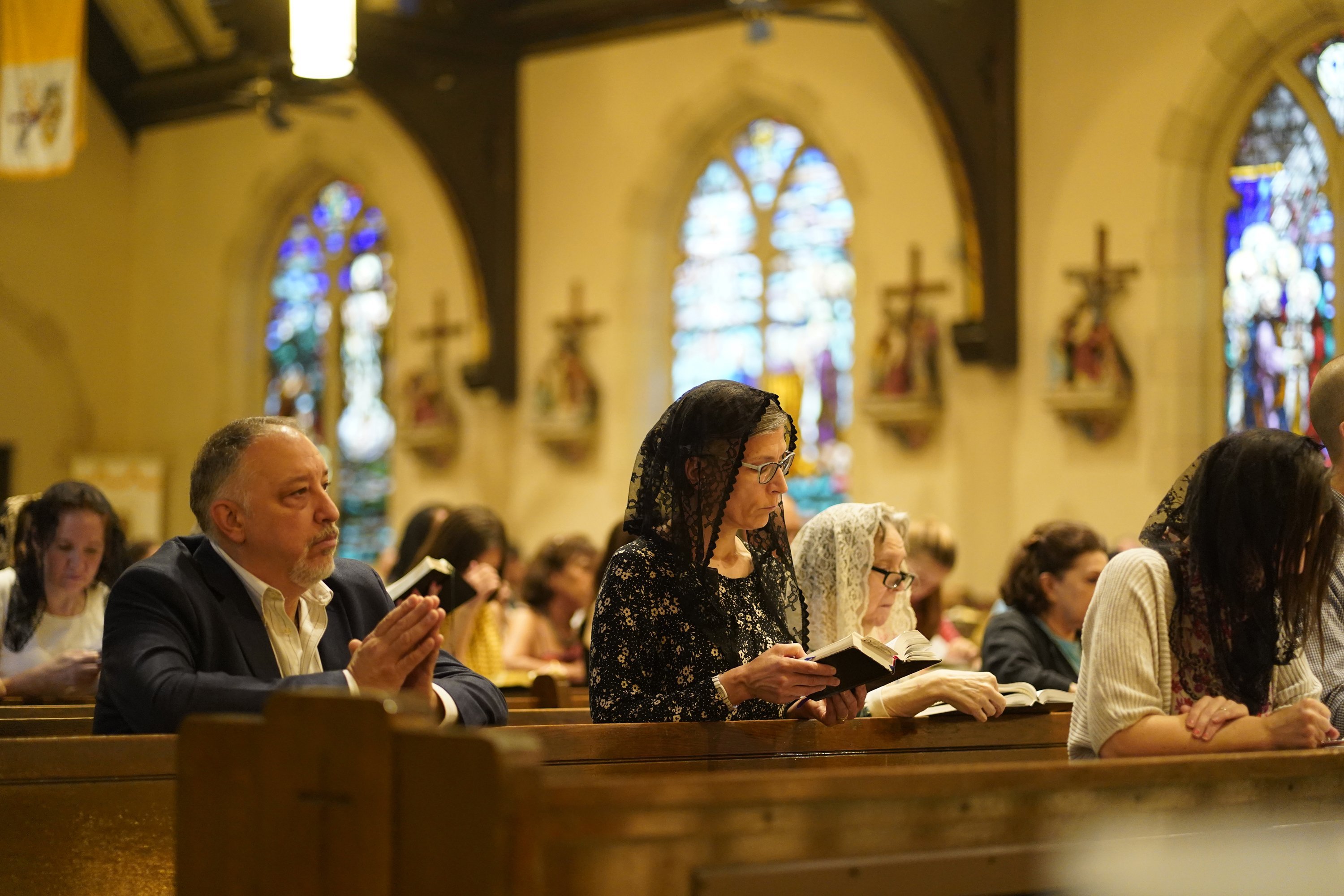 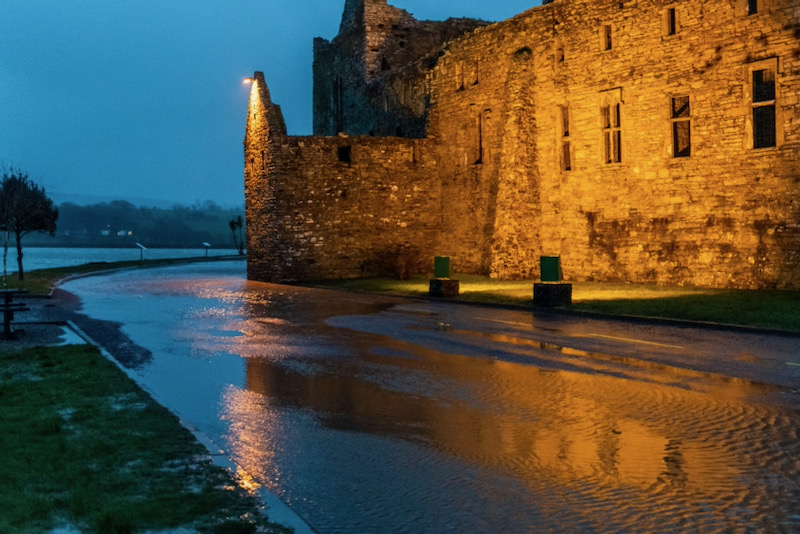 After a day of torrential rain and winter showers, the road under Timoleague Abbey, West Cork flooded at high tide earlier this year.
AG News/Alamy

Summer 2021 is turning into a bit of a damp squib. Memories of the brief mid-July heat wave (which coincided with St Swithun’s Day (see my previous column) have been all but washed away by the subsequent downpours and flash floods. It’s been much, much worse in China and parts of mainland Europe.

Humans have been dealing with floods since the dawn of recorded history and medieval monastic chronicles document numerous instances of inundations. Despite the passage of the centuries, the descriptions of the attendant destruction and distress still resonate in our ever-wetter and warmer world. The efforts of monks and nuns to protect their abbeys and priories from flooding also have clear parallels with today, so too the medieval understanding – though informed by radically different mindsets – of the intimate link between human action and the risk of flood.

“Whoever listens to these words of mine and acts upon them, I will liken to a wise man who built his house on rock. The floods came, the winds blew and beat against that house, and it did not fall because it was founded on rock.”

So says the prologue of the Rule of St Benedict, the principal guide for medieval monasticism. The saint’s own monastery at Monte Cassino occupies just such a rocky location. However, the requirements of water supply and plumbing meant that monastic founders frequently disregarded St Benedict’s wise words, establishing religious houses in valley bottoms, close to rivers, streams, brooks and becks. This could have unfortunate, if entirely predictable, consequences, something the monks of Waverley Abbey, Surrey, knew all too well.

The first Cistercian abbey to be established in England, Waverley was founded in 1128 on the banks of the River Wey. Princes and prelates bestowed their patronage on the abbey. But their generosity couldn’t protect the white clad monks from the forces of nature. A chronicle written by one of the brethren describes how a violent storm in July 1201 flooded and almost destroyed the abbey’s buildings. The floodwaters returned in 1233. Up to eight feet deep, they inundated the monastery’s estates, their destructive force carrying off walls and bridges. A further flood in 1265 caused the monks to flee their lower lying buildings and seek refuge in their church and sacristy, where they spent a damp, frightening night.

Waverley was far from being the only monastery to suffer because of the weather. In the late fourteenth century, tornado-force winds blew down the unfinished nave of the church at Vale Royal Abbey, Cheshire, a contemporaneous account recounting how its stone piers fell “like trees uprooted by the wind”. In 1452, heavy rain caused a landslide that engulfed a chapel owned by Cleeve Abbey, Somerset. Only the altar and its image of the Virgin were spared, something the monks thought nothing short of miraculous. The statue was moved to a chapel built in a more secure location a short distance away and became a focus of veneration and pilgrimage.

Then as now, floods could have a terrible human cost. In 1480, one Thomas Grindleton, a servant of Sawley Abbey on the Yorkshire-Lancashire border, drowned while crossing the swollen River Ribble. Inundations also left monasteries seriously out of pocket and could even pose an existential threat. In the early fourteenth century, floods rendered the estates of Meaux Abbey, near Hull “sterile”. Heavy rainfall caused Sawley’s crops to rot while still growing in the fields meaning that the abbey came close to being abandoned. The monks of Stanlow Abbey, Cheshire, upped sticks and moved to Whalley in Lancashire after repeated floodings by the Mersey and the collapse of their bell tower during a storm.

An environmental disaster could be beyond the resources of smaller religious houses. In 1445 Esholt Priory, a convent of Cistercian nuns in West Yorkshire, was flooded by the adjoining River Aire. The archbishop of York was forced to come to its aid, granting an indulgence remitting 100 days in Purgatory for anyone who contributed to the repair of nunnery.

Prevention was better than cure. Earthworks at sites across the country are an enduring witness of attempts by monasteries to tame their watery landscapes. Among the most impressive are the conduits, canals and embankments at Rievaulx Abbey, North Yorkshire. The canons at Bayham Abbey, Kent, raised the floor levels of their monastery and placed additional stones at the thresholds of doorways in an attempt to holdback waters from the River Teise. Countless abbots and priors served on commissions of “sewers”, overseeing the maintenance of the ditches which were essential for the proper drainage of monastic and neighbouring estates.

But sometimes even monastic engineering just wasn’t up to the job. In the summer of 1377, the sluices holding back the fishponds of Hailes Abbey, Gloucestershire, failed. The resulting torrent of water and mud engulfed the monastery, causing the monks “great distress and tears”. Dealing with the aftermath of a flood was a time consuming, filthy job. In 1265, it took the monks of Waverely Abbey several weeks to clean up the mud and silt – doubtless contaminated by sewage from the monastery’s latrines – that floodwaters had deposited on their buildings.

Climatologists have convincingly demonstrated than human action is causing the heating of our climate, the unpredicted deluges and floods we’re now experiencing likely among its frightening manifestations. Medieval monastic authors also made an association between floods and human agency. St Aelred of Rievaulx, the great twelfth-century abbot and theologian, was sexually active before he became a monk. He reflected on these experiences with regret in the guide he authored for female recluses. Written in Latin, it was translated into English in the fourteenth century, describing “the stynkynde flood of sin” that “dreynte”, or drenched, the future abbot’s soul. Aelred turned to the austerities of the cloister to save his soul from the “dedly” flood of sin. What will it take to save us from the deadly, destructive floods and other terrifying manifestations of man-made climate change?