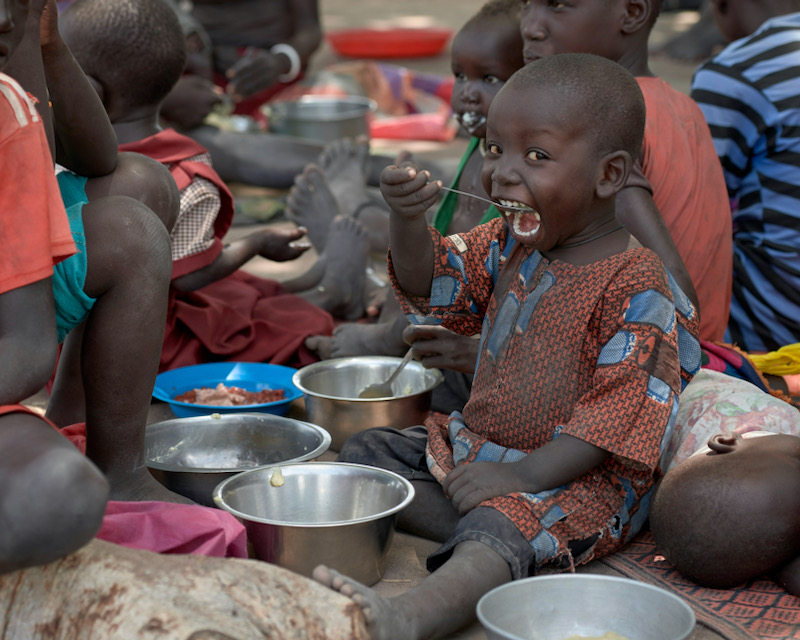 With violence, Covid and extreme hunger, South Sudan is teetering on the edge 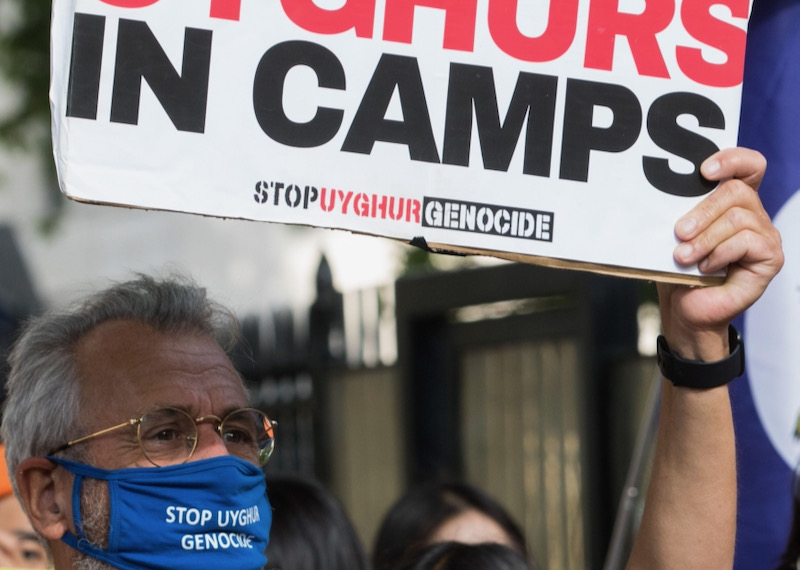 Members of the Hong Kong, Tibetan and Uyghur communities rallied outside Downing Street in June as part of a global day of action in protest against the Beijing 2022 Winter Games.
Mark Kerrison / Alamy

The world is slowly, belatedly but increasingly waking up to the human rights crisis in China, and especially the genocide of the Uyghurs. It is now time to act.

Two days ago the House of Commons Foreign Affairs Committee, chaired by Tom Tugendhat MP, released a damning report titled Never Again: The UK’s Responsibility to Act on Atrocities in Xinjiang and Beyond. It urged the British government to accept Parliament’s view that the Uyghurs and other ethnic groups in China’s western Xinjiang region, known to Uyghurs as East Turkestan, “are suffering genocide and crimes against humanity, and take action to bring these crimes to an end”. It expressed concern that so far, the government’s actions “do not match its rhetoric and have so far proved ineffective”. It called for a “cross-government, cross-sectoral, international approach” to end crimes it describes as “truly horrifying”.

Tomorrow, former Conservative Party Leader Sir Iain Duncan Smith MP, Shadow Foreign Secretary Lisa Nandy MP and the Chief Rabbi Ephraim Mirvis will be among the speakers at a conference on the Uyghurs organised by the Magen Avot Synagogue, titled From Anguish to Action. The Senior Imam at Makkah Mosque in Leeds, Imam Qari Asim, former US Ambassador-at-Large for Women’s Issues Kelley Eckels Currie and the President of the Board of Deputies of British Jews Marie Van Der Zyl will also be speaking.

And next Thursday, Conservative MP Tim Loughton has a motion in the House of Commons calling for the 2022 Winter Olympic Games to be moved from Beijing, and for a diplomatic boycott if the Games go ahead as planned in Beijing. A social media campaign branding the 2022 Olympics as #GenocideGames is underway.

These are just the latest developments in a growing campaign of awareness about the world’s latest genocide. The Canadian, Dutch, Lithuanian, Belgian, Czech and British Parliaments have already recognized it as a genocide, as have both the previous and current United States administrations. An independent tribunal chaired by Sir Geoffrey Nice QC, who prosecuted Slobodan Milosevic, is underway to investigate these claims further. Last month the tribunal listened to harrowing testimonies from survivors, and evidence from experts, in four days’ of hearings – all available on its website – and it will resume proceedings in September.

As the Foreign Affairs Committee’s report describes, the Chinese regime is responsible for “the mass detention of more than a million Uyghurs, for forcing them into industrial-scale forced labour programmes, and for attempting to wipe out Uyghur and Islamic culture in the region through the forced sterilisation of women, destruction of cultural sites, and separation of children from families.” Systematic rape and “a high-technology surveillance system” are also part of Beijing’s campaign of terror against the Uyghurs.

It is time now – as tomorrow’s Magen Avot Conference makes clear – to act. What can be done?

First, as the Foreign Affairs Committee recommends, Britain and other democracies should increase calls on China to disband the prison camps and cease these atrocities, demand international access to the region, especially for the United Nations High Commissioner for Human Rights, and explore with the International Criminal Court whether a proprio motu investigation into the crimes reported is feasible.

Second, sanctions should be targeted, coordinated and intensified. Condemnation and calls for change are welcome, but by themselves will not be enough to change the behaviour of the regime in Beijing. While the UK has sanctioned a few individuals and entities responsible for the atrocities in Xinjiang, as have the United States, the European Union and Canada, there is a need to do more. Chen Quanguo, the Chinese Communist Party Secretary in Xinjiang, widely regarded as the architect of the atrocities, is – astonishingly – not currently on the UK’s sanctions list. As the Foreign Affairs Committee argues: “For sanctions to be effective, they must be used in full coordination with allies and against those with whom ultimate responsibility for the Xinjiang atrocities lies.”

Third, we should realise that the Chinese regime’s persecution of the Uyghurs does not stop at its borders. Uyghurs in exile around the world are, in the words of the committee’s report, “harassed, watched, and monitored even in countries where they have claimed asylum or obtained citizenship”. The government should consult with the Uyghur community in the UK to determine the extent of harassment and to offer appropriate support and protection. Given the severity of the persecution they face, an asylum fast track should be offered to Uyghurs and others minorities fleeing China.

Fourth, the government needs to do more to stop forced labour in China. Legislation is needed to require businesses to prevent and remove the use of forced labour in their supply chains, and fines should be imposed for non-compliance, the Foreign Affairs Committee argues. In addition, the UK should consider banning the import of all cotton products produced in Xinjiang, as the United States has done.

And finally, if next year’s Winter Olympics are not moved to another country, and if the British Olympic Association decide not to boycott the Games, the UK should impose a diplomatic boycott. No government ministers, no diplomats, no royalty, no officials at all attending any of the ceremonies or functions. Furthermore, government and consumers should strongly urge British businesses not to sponsor or advertise at the Beijing Olympics, and spectators and tourists should not travel to China for the Games. That is the call of both the Foreign Affairs Committee, the Labour Party’s frontbench, and the motion up for debate in the House of Commons next week.

A coalition of human rights groups and activists is now campaigning for parliamentary support for next Thursday’s motion. Members of the public should urgently write to their Member of Parliament encouraging them to support it, and can find information on how do so via Yet Again.

The cross-party, inter-faith leadership in response to the increasing evidence of this new genocide is encouraging.

Last year former Archbishop of Canterbury Rowan Williams led a group of more than 70 religious leaders – bishops, imams, rabbis and others – calling for action for the Uyghurs. The Catholic Bishops Conference of England and Wales’ lead on international affairs, Bishop Declan Lang, Myanmar’s Cardinal Charles Bo, Indonesia’s Cardinal Ignatius Suharyo and the former Master of the Dominicans Fr Timothy Radcliffe were among several senior Catholic signatories. The Jewish community has especially shown incredible persistence and leadership, comparing – very unusually – the atrocities faced by the Uyghurs with the Holocaust.

So now, no one has any excuse for inaction. No one can say they did not know. Read the Foreign Affairs Committee’s report. Watch the Uyghur Tribunal’s proceedings. Join tomorrow’s Magen Avot Conference. Write to your MP today. And pray. Because, as the Foreign Affairs Committee’s report reminds us, we cannot repeat the tragic mistake that has been made after every major atrocity in the past, where the world says “never again” and then allows it to happen all over again.