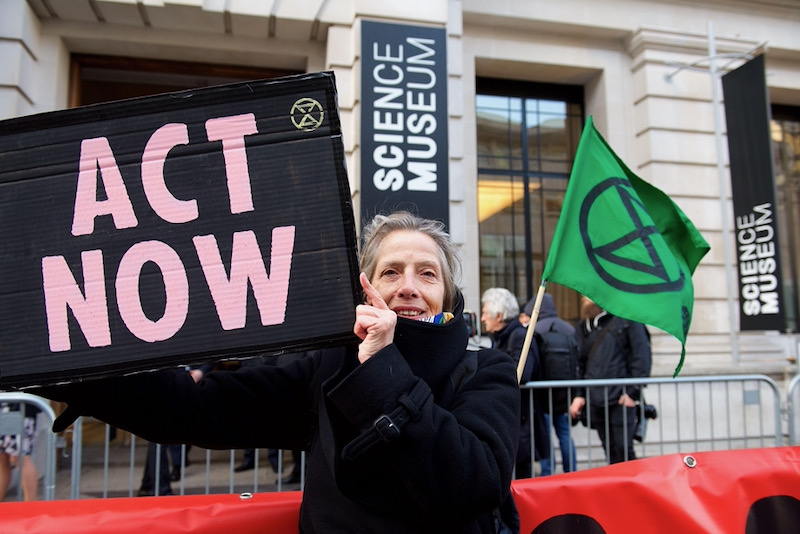 Why government credibility matters if climate leadership is to work

Watching films together-alone with family and friends in lockdown 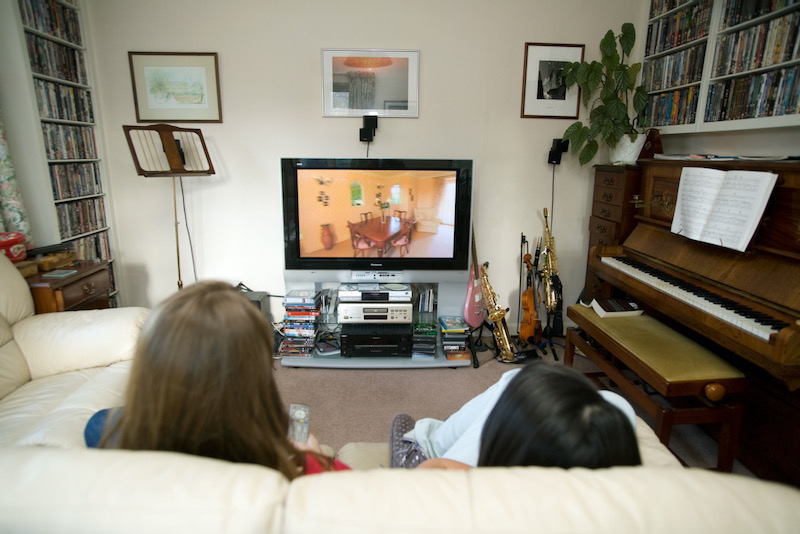 Now that cinemas are beginning to reopen again, some of us are desperate to go, almost regardless of what the film is. I’m not so desperate, but that’s partly because of our collection of DVDs. We love watching films, but it could be difficult to see films in cinemas in some of the places where we were living, so we started our collection of DVDs as soon as they were available in charity shops, and now it is eclectic and enormous. Nowadays this technology is regarded as terribly old-fashioned, and John in particular is mortified by our sticking with it instead of embracing streaming; but I like my DVDs as well as my CDs; and don’t get me on to Kindles instead of books. I very happily run them in tandem, because if you can get a book on Kindle you can increase the font size of the print which is a real boon with some of my beloved Victorian women authors. But not everything is available on Kindle yet. Or even in a modern edition. And the same is true of films.

I’ve been thinking about watching films at home, and the special etiquette required. When the children used to come home to visit, we didn’t tend to watch films (too busy talking) unless they were staying for a while, but with the lockdown and people coming back home to live, things were different. Home cinema was a welcome way to spend the evening, a good way to relax, but different people had different expectations, let alone tastes.

While strict shielding was on, Rachel would watch in isolation up in her room while we watched downstairs, carefully co-ordinated; and once we realised this was possible, the girls organised distance film nights with Una and Edmund across the other side of town, and a couple of other friends even further afield. Getting everyone to start at the same time was challenging (Margaret did countdowns), especially if we parents were involved, as we don’t like to stay up too late. (When the children make a fuss about this, I gently point out that we actually get up rather earlier than they do.) The children send texts and comments to each other as the film is going along, which impresses me very much, as I can’t text while anything else is happening. Besides, it interferes with my knitting, so I rely on Margaret to pass on any particularly good jokes.

Films are a social activity, so people do have to decide how much talking is acceptable. Lockdown meant that we had to come to a family consensus almost like flat-sharing adults, which was interesting. John has refused for years to watch films with us, on the basis that we talk all the way through. We don’t, but we don’t watch them in unrelieved silence either. He prefers to watch alone, but that’s probably better, as he likes zombies and horror films, which I can’t handle, being a total coward. I can’t even cope with any sort of torture scene, so being at home for the nastier bits in thrillers, instead of in a cinema, is easier, as I can go away and do something else until it is safe to come back. I have done this even at the cinema, but it’s a bit embarrassing, and people offer to help you in the foyer, as though there were something wrong, instead of just being wussy.

Going to the cinema proper, though, is a great pleasure, simply because of the size of the screen. We saw most of Star Wars, Lord of the Rings and Harry Potter first on the big screen, and it is a more encompassing experience, though I actively dislike 3-D, and I’m pleased that it didn’t really catch on. Real cinema is still social, even though you talk less, and I have cherished memories of good times spent in cinemas as a student. My husband has always liked foreign films, and he suggested (long before he was my husband) that we go to see The Lost Honour of Katharina Blum, so we did. I didn’t know anything about German films, but he’d lived in Germany for part of his gap year, and wanted to open my eyes to the joys of European cinema. I couldn’t work out why the actual cinema was being picketed by the local Gay Pride group until we later discovered that he’d mixed up his foreign films and the showing was actually of The Bitter Tears of Petra von Kant. I remember it was German, and very stylish, but I don’t remember anything else about it. Continuing the foreign film approach, his next suggestion was M. Hulot’s Holiday, because he couldn’t believe I’d never seen it. (He’d seen it when he was little because his parents liked it.)  This was much more successful, and remains a family favourite to this day, but that first time was also memorable because my beloved laughed so much that he slipped sideways and got wedged in the (old-fashioned collapsing) cinema seat.

Choosing what to watch is another potential minefield with our home cinema (two sofas and a chair in front of a computer screen). John is always suggesting things, but they often don’t appeal. Margaret and I have come up with a clever technique where we think of a shortlist and let someone else choose. If anyone is very keen to watch something in particular, that is always acceptable (and speeds things up); if a famous actor dies, we might watch something they starred in; if a film has come up in conversation, we might choose that. Everyone has favourites, so we have to negotiate. I like epics and superheroes, especially The Ten Commandments, Gone With the Wind, or Iron Man. Margaret likes musicals. Mary likes edgy modern drama. Rachel likes Errol Flynn, and Lord of the Rings, which she would happily watch on a permanent loop. Edmund likes sci-fi and whatever Una wants to watch (The Matrix or anything with Keanu Reeves), because she does it partly for work. My husband is still very keen on foreign film, Turksib, Kurosawa and Kung Fu Panda. I’m not sure what Peter watches, as he hasn’t spent any time at home during lockdown, but it will be something hipster and stylish.

There used to be a family rule that if it was a film made from a book, you had to read the book before seeing the film. It was a worthwhile rule, as your own imagination will nearly always give you better pictures (if the book is any good), but I have given up on this now that they are all so old and choosing their own books. On the other hand, I reserve the right to point out that the book is often better, and encourage them to read it. I used to hand the book over too, encouragingly, but stopped once they all resorted to stacking them, and I couldn’t find the books when I needed to reread them. I enjoy rereading books as much as rewatching films.

There are lots of good things about watching films at home; the refreshments are better (usually tea and chocolate, but Margaret occasionally goes for the full experience, and we make popcorn, though I’ve never understood why you would eat anything so noisy at the cinema).  You can pause the film if you need to (child ringing up, everyone needing a break for nose-blowing at tragic moments, and the family institution of the ‘cliffhanger loo break’). Watching a familiar film is a bonding activity, as you each look forward to your favourite bits and scoff collectively at the parts where it doesn’t quite work, like booing the villains in a pantomime. Above all, you can have subtitles, which I am very keen on, being slightly deaf. My husband, the foreign film fanatic, prefers to watch any film in the original language, so then subtitles are essential, but I have to say they help a lot with ordinary English-language films too. When we watched Monty Python and the Holy Grail in Prague years ago, with a Czech audience who knew it better than we did, the subtitles meant that he understood the joke where the French refer to “filthy English k-nig-hts” for the first time. I’m sorry to say I can’t remember exactly how the subtitlers conveyed it, but it was well done.

I feel that it’s perfectly fine to comment while a film is going along at home, and it’s surprising really that we don’t do it more when we’re out (though other people’s comments are usually infuriating, so we virtuously don’t). If you think about Shakespeare’s groundlings, they were live-commenting in a live theatre, all the way through, and rich ones were even allowed on stage, which must have been demanding for the actors. When Shakespeare shows you a play within a play, as he often does (Midsummer Night’s Dream, Hamlet, Taming of the Shrew, for example), the audience behaves without any deference to the actors or to the dramatic action being carried on, much worse than we actually do even with films. Although Shakespeare is clearly sending it up for comic (or tragic, in Hamlet) effect, you get the feeling that he is making a point based on actual experience. One of the attractions of Blu-ray was meant to be that you could record your own commentary and share it with others. Again, I’m not surprised that this hasn’t really caught on, because it’s too studied and probably slightly embarrassing.

Watching a film en famille is a question of living in the moment, enjoying it very much, and then letting it go. It’s like having someone to read aloud while everyone’s hands are busy, or being told a story, or listening to Homer, or to a bard in a Viking hall. We’re all paying attention, more or less, and we’re doing something easy and enjoyable together. I don’t imagine Viking thanes all sat like mice in obedient rows, listening to the poet after or towards the end of dinner. I think it is much more likely that there was cheering, booing, toasts and occasional cracks and comments; and I’m sure everyone enjoyed it enormously. So do we.