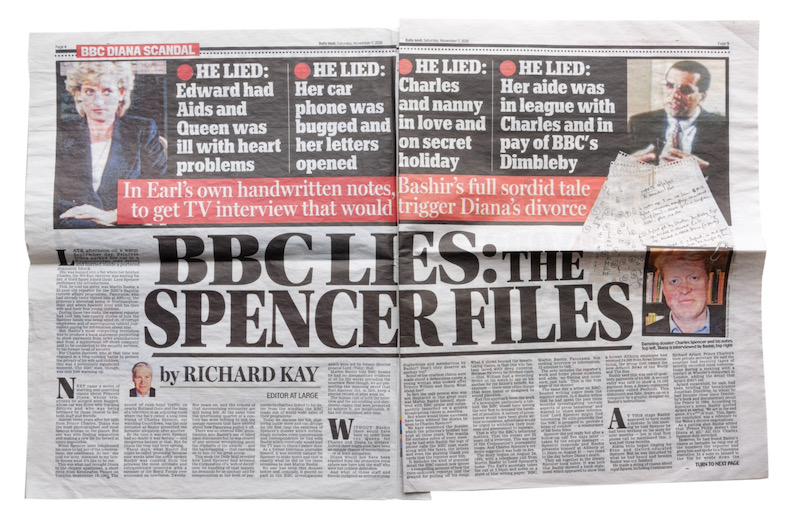 The ethical failure behind Martin Bashir's lying subterfuge at the BBC 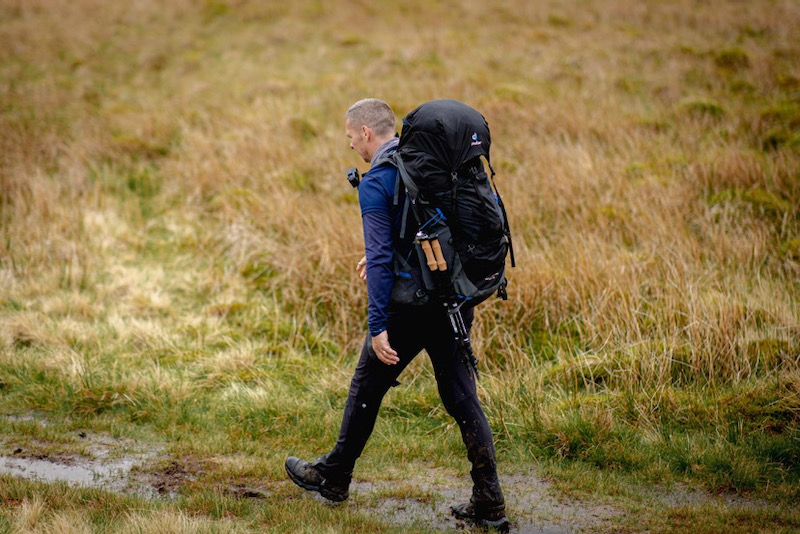 Twenty-five years ago I walked across England and this month I am doing it again because we as the Church are missing out on a huge opportunity to reach future generations and have been doing so for years. Let me first explain a bit of my story.

Not long after my wife and I moved into our first house in Manchester, England, a national newspaper labelled our block of four streets “a ghetto of underprivileged under achievers” and around that same time the local government sent a small trifold pamphlet to fourteen thousand local residents about a young boy.

The pamphlet detailed his ASBO (anti-social behaviour order) and listed the petty crimes he had committed and the nuisance he had caused. It displayed a small map of our neighbourhood detailing his “no-go zone”, the area in which he was forbidden to set foot without authorised supervision. Essentially, he had been placed under house-arrest.

One section was titled: “What You Can Do to Help.”

Eagerly, I scanned the paragraph to see what we as local residents could do to support both his family and the local community. What strategy did the City Council have?

“If you see (the boy) break his ASBO, please contact the police, or the Council’s local housing service, safe in the knowledge that we will protect your privacy.”

The answer was clear: they had no plan. If we saw the boy entering his restricted zone, we were to simply make an anonymous phone call and he would presumably receive further punishment. Although the text of the pamphlet filled its six sections, I could summarise the whole thing in three words: “We . . . give . . . up!”

Yet, Jesus gives up on no one.

That trifold leaflet prompted me to ask a question I had never heard anyone ask before:

“Why do we spend so much of our time, energy, and resources inviting people . . . when Jesus spent so much of His getting Himself invited?”

The briefest examination of Jesus’s methods reveal that He knew the benefits of getting Himself invited by others to share His message in their world and on their terms. We see Him do this multiple times in very subtle ways and occasionally quite blatantly: “When Jesus reached the spot, he looked up and said to him, Zacchaeus, come down immediately. I must stay at your house today. So he came down at once and welcomed him gladly.”

However, in all the conferences I have attended and all the sermons I have heard, little instruction has been given in how to do this. Which begs the further question: have we as the Church lost the art of getting ourselves invited? And how can we rediscover it?

First, let me say, I am not proposing that: “How do we invite people?” is the wrong question.

However, when we explore only methods of inviting people, we ask only half of the questions we should be asking . . . and, therefore, discover only half of the answers available to us. And, in my opinion, it is the least effective half.

Here are some benefits I have found in getting myself invited.

In 1988 I got myself invited into the UK school system. At that time, our church had around 20 to 30 teenagers attending the youth program. By being welcomed as a guest into local public high schools, however, I was able to share my faith with around 10,000 students per academic year. This included ministering to several hundred of them on a weekly basis and eventually integrating a great many into the Church. The Pais Movement, an organisation we initially pioneered to reach schools in Manchester UK is now helping churches reach schools in 20 national around the world.

Your message, when invited, is seen as helpful, not hurtful.

I found that, by using the template Jesus modelled, I did not need to force my way into schools, coerce people, or resort to any legal or political threats. Once in the classroom, I was prompted by both staff and students to share my faith on a regular basis. Rather than being viewed as a nuisance, weirdo, or pest, I was seen as a friend, advisor, and associate.

Your message, when invited, is more socially acceptable.

I also discovered a worldwide principle. Always staying within the rules and etiquette of the secular schools I entered, I found that if I was responding to a question asked by a student, sharing my beliefs became a perfectly acceptable practice.

Your message, when invited, is more credible.

In schools, my presentations always benefited from the kudos and credibility of whoever welcomed me. Although I would often start with a disclaimer, the reality is that my hearers would still see me as a member of the faculty and, therefore, what I taught carried a certain professional authority. Whether you are being invited by a tax collector, school principal, or a respected CEO, being invited gives what you say more oomph!

Your message, when invited, is less expensive than when you invite them.

I once wrote about a visit I made to a youth ministry venue in Oklahoma. The building was epic, contemporary and kitted out in the latest technology. The reception area was a work of art. The snack bar was as good as any you might find in a movie theatre. There was a basketball court, entirely encased in glass. On the second level were rows of iPods (still a novelty at that time) and rows of the latest game consoles. From a purely missional point of view, that building reflected the economic disadvantage of a purely inviting methodology. I dread to think how much money it must have cost to build and then maintain and yet the maximum attendance possible was only 1,200 teenagers. That is minuscule when you consider how many young people attend schools where someone else has bought the building, footed the bills, and paid the staff.

Yet so few churches have a proactive intentional approach to schools ministry. In order to highlight this missed opportunity I am once again walking England’s coast to coast trail. Last time I prayed for the schools of England but this time I am praying for the schools of the world. Over the following months people will be doing their own prayer walks on six continents.

I invite you to pray that more churches will understand the value of schools ministry and send workers into their local communities to connect with the huge numbers of young people looking to connect with God but unlikely to step into a church.

The Pais Movement started in 1992 in the northern city of  Manchester, England working with local schools. Its now a discipleship-led and mentoring organisation operating on six continents. A Pais Project team serves in schools , connecting with students as positive role models and support. The teams also bridge the gap between church and its surrounding area through various programmes of community outreach.

Paul Clayton Gibbs is the Founder and Global Director of Pais Movement. Paul is a speaker, teacher, and author of several books who spends much of his time producing resources to train and mentor Christian leaders. He also travels throughout the world, speaking and teaching. Paul and his wife Lynn are from Manchester.