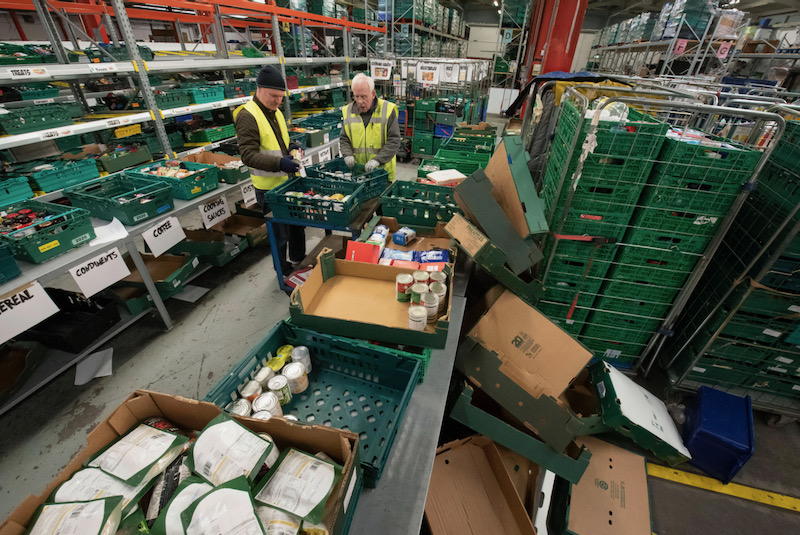 Lockdown is eased, but service is still needed – here's how you can help.

Bruce Kent steps out on Pax Christi's Pilgrimage for Peace 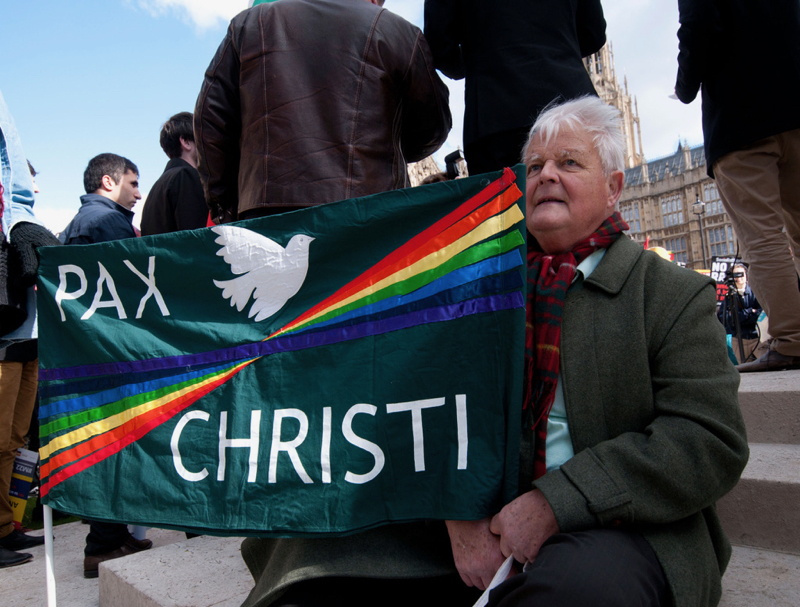 When Pax Christi committee member Matt Jeziorski, a keen cyclist, offered to undertake a 50 mile cycle  ride to honour the lives of First World War COs in Lancashire where he lives, little did he know it would turn into a national project. As a result of his idea, on Saturday, Pax Christi members nationwide set off on walks, cycle rides, dancing and knitting marathons and more, all proclaiming for peace. And 15 May was just the start. Many of these pilgrimages are continuing, and more have still to begin.

This is all being done under the banner #pilgrimage4peace.

The inspiration for this focus came from the story of Catholic brothers Tom and Peter Allen, buried in Barrowford. Imprisoned for their conscientious objection to World War One they were released to attend their mother’s funeral and became ill themselves, dying within two days of one another in December 1918. The likelihood is that they were weak and malnourished and had probably contracted the flu. In his planning, Matt discovered other conscientious objectors in the area, one through a personal link with a neighbour whose great-grandfather, Pete Davies from Penketh, served 253 days as a conscientious objector in Wormwood Scrubs.

The launch for #pilgrimage4peace was 15 May, International Conscientious Objector day, when Pax Christi together with a network of peace organisations commemorates those, past and present, who choose the right to refuse to kill. The national on-line event will heard from Atalya Ben Abbah,  a young woman CO from Israel and Natalia García Cortés from War Resisters International in Colombia.  Listening to those who choose a path of peace today, at a cost to themselves, seems especially appropriate in these days of terrible violence.

Cyclists who took off on 15 May included Rachel Sweetman, staff member with Pax Christi, intending to cycle 75 miles, one mile for each year of Pax Christi’s life, and Tim Devereux from Leeds, aiming to cover 250 miles  in memory of his brother, with whom he cycled part of the Camino. A faithful peacemaker, Tim stopped off at USAF Menwith Hill, near Harrogate. It is said to be the widest and most important monitoring site in the world and is a focal point for many peace activities and prayer vigils.

RAF Sculthorpe is on the cycle route of Sean Finlay, a Pax Christi member from East Anglia. Sean and friends plan to cycle a loop from their home on 20 May, taking in Walsingham and Sculthorpe, carrying their peace flag and poster of Pope Francis with a dove for when they stop to pray.

These cycle route fit the characteristics of pilgrimage. They are about journeying, a quest for a positive purpose that can lead those involved to places that have significant meaning.

My own pilgrimage in London tomorrow, 18 May. aims to do the same. Eleven of us will walk from central London to the Peace Pagoda in Battersea Park taking in sites that commemorate peace and the role of women in work for change.  This will include the exquisite Suffragette Scroll in Christchurch Gardens, the statue of Millicent Garrett Fawcett, the only woman in Parliament Square, with her message: “Courage calls to courage everywhere”, then Gandhi and Nelson Mandela.

Some walkers may then visit the newly created Covid memorial along the Albert Embankment  while others take the route of Tower Gardens and the sculptures of Emmeline Pankhurst and the Burghers of Calais.

South of the river, we will visit the Millennium Path in Archbishop’s Park in Lambeth that commemorates social change in the area. Our final stop and place of prayer will be the Peace Pagoda in Battersea Park, a focus for peace and interfaith events since its completion in 1985. Rev G Nagase, part of the original building team will join us.

Bruce Kent has a positive purpose in his pilgrimage route on Wednesday this week, 19 May, which will take him to the embassies of the nuclear weapons states who have refused to ratify the Treaty on the Prohibition of Nuclear Weapons.  At each he will proclaim part of the treaty before delivering a letter to each ambassador with a plea that they sign the treaty. His final stop will be Downing Street.

Telling the stories of women peacemakers, seed planting in reclaimed containers, offering assemblies and prayers for peace are just a few of the initiatives of students of Bellerive FCJ college in Liverpool. Theirs is a month long journey which concludes on 21 May when awards will be given for poetry or art work that conveys the story of a peacemaker or scripture passage. This is also the feast day of Blessed Franz Jägerstätter. Students will enact an assembly that recounts his and his wife Franziska’s life choices  for his refusal to serve in Hitler’s army. Franz was executed in Germany in 1943. Archbishop Malcolm McMahon, President of Pax Christi, will join them for this day.

Knitting scarves and hats for the Care4Calais refugee project is a target set by Pax Christi chair Ann Farr and Exec member, Joan Sharples  and Pax Christi Administrator Fausta Valentine will lead an international Dance-a-Thon with contributions from India, Canada, Doha, Palestine and France. Former Chair Holly Ball has started her pilgrimage, to visit every Catholic Cathedral in the country by May 2022.

Each of these contributions has a story behind it and each is creating ripples out into the community with the encounters on-route, through those who join in,  through the prayers for peace  that will be offered, and through those who give so generously and acknowledge the essential work of Pax Christi.

You can read more and support these efforts here  https://tinyurl.com/PaxDonate