Why the Catholic Church should allow all priests to marry 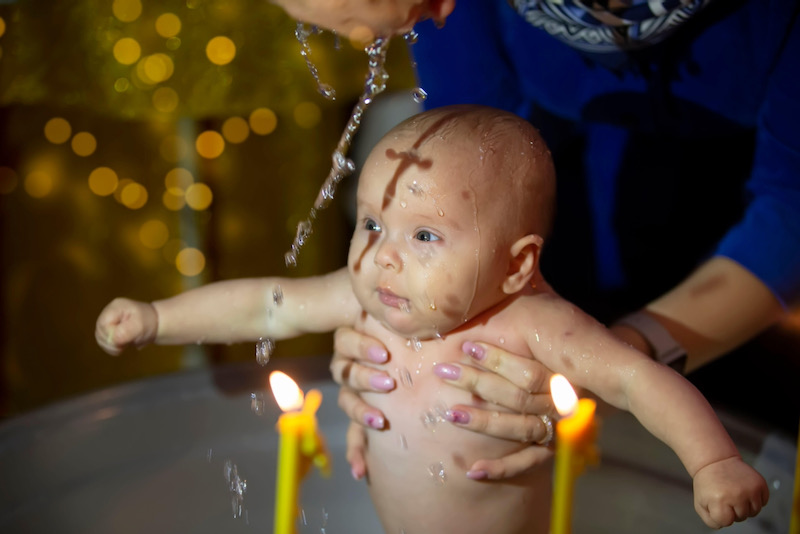 Vincent Doyle recognised, almost immediately, there was no place for people like him, the children of priests.
Svetlana Lazarenka/Alamy stock picture

May 19th, 2021 will be the tenth anniversary of the day I found out something central to my person, the identity of my father.

By a crackling kitchen fire in rural Ireland as the night crept in around me, a shade of white truth glimmered in the closing evening, the priest, then 16 years dead, it was confirmed, was my father. That night I entered a world, where children like me, if not aborted, are harmed almost beyond psychological recognition in the alleged name of holiness and the preservation of a norm of pretending something that does not happen. If they live, they must be mute, it is believed by some; I chose a different future.

So, why the silence?

Why must a man find out aged 28 years old the identity of his father, a priest, only as an adult? The reason is adult-centred shame and a sociological poison that inebriated Catholicism, clericalism shrouded as “what is right for the child; a matter of privacy; it’s nobody’s business [including my own it seems]” mentality.

The Irish are masters at hiding since they have had to hide from much tyranny and oppression. It seems this evasive characteristic has seeped into our collective identity.

That evening felt like no other and life would never be the same.

I recognised, almost immediately, there existed no place for people like me, the children of priests and religious, thus I believe, God used brokenness of me to raise something for children, long deliberately forgotten: Coping.

That was the day I began to research Coping. Though the word did not come to me immediately. Meetings with the Nuncio, Archbishop Brown, and Archbishop Emeritus Diarmuid Martin paved a path to the cobbled streets of Rome, where a wide-eyed, determined Irishman, invited himself into the Vatican to see if there was a reasonable reason, as to why children of priests had never been spoken of by any sound church mind, publicly?

What emerged was an incremental admittance that this issue needed addressing. But it had to be done right.

As psychotherapeutic research advanced on the issue, with the launch of the online platform, www.copinginternational.com, the data culminated at the backend of the website was startling. Before we went public in 2017 in the United States, 13,500 people came forward from 175 countries. Today, that figure is just south of 200,000.

Though a common trait of shame, undeservingly smears the souls of these children it has emerged, shame was imposed in darkness, via history, tradition, adults, and embarrassment, and innocent childhood curiosities were admonished and berated.

Concerned adults allay their guilt by convincing themselves that they save the child from prying media or curious eyes and chin-wagging. However, imposed silence upon a child disguised as “privacy”, is of course a form of coercive control over a child.

“Premature imposition of responsibility on the child; [and] unrealistic or inappropriate expectations of the child’s capacity to understand something or to behave and control himself or herself in a certain way;” are by definition, indicators of the presence of emotional abuse. – [Child First, 2011.]

Is the answer, the abolition of celibacy? In short, no.

Celibacy means being unmarried and if the existence of priest’s children proves anything, it is this, one does not need a wedding ring to conceive a child.

Is there a middle ground?

The answer lies with Pope Saint Paul VI and his phrase the “lamentable defection”.

The wounded character of the priesthood is unavoidable, but the very notion of it being viewed as a wound to begin with, suggests the lens through which some view the children of the ordained.

We, God willing, will always have priests, they will likely, always be men, mostly chaste, but always human. Therein, we hear the faint cry of the children of the ordained.

There lies the paradox: erase the secrecy around this ineluctable phenomenon and risk threatening the tradition of celibacy, socially speaking, or continue with the phenomenon of coercive control, emotional abuse, which germinate beneath the tarpaulin of imposed secrecy, which harms children.

In my book, Our Fathers, I argue that Viri Probati (married priests) is the most assured path that will avoid these two aforementioned pits of inevitable pain.

If he is not to inherit the “brilliant jewel” of celibacy, his priesthood may be expressed after he marries and fathers a child.

In this, the lamentable defection is in a manner of speaking, anthropologically extrapolated from the tradition of consecrated celibacy, sanctifying both celibacy and the child; both may be lived openly and honestly.

In the coming months ahead, the Irish Catholic Bishops Conference, who has been recognised as global leaders in the safeguarding world, concerning priests’ children, deservingly so, will ask the people to present themes for consideration during the Irish Synod.

I have contacted the Sub-committee for the Irish Synod. I advised Coping will be submitting the topic, Viri Probati, as one for consideration when the time comes in due course.

I would encourage people reading this, to consider, if celibacy truly is a gift from God, He will give it freely and has done despite the presence of lamentable defection.

Since, God has given the gift of celibacy to the Latin Rite Catholic Church, despite lamentable defection, a process unwittingly connected with eventual coercive control of children, then, surely, He will continue to gift those blessed with carrying that same Celibate cross, if some, instead of committing adultery, discern in advance and become married priests.

The logic of a married clergy threatening consecrated celibacy is illogical; in the same way that single life is not threatened by monogamy, God gifts to all what they need, not to all, what they want.

Write to your Irish Bishop when the time is right, asking for Viri Probati to be discussed and God willing implemented, so that finally, a child may have their father and the church may have priests in greater numbers once again.