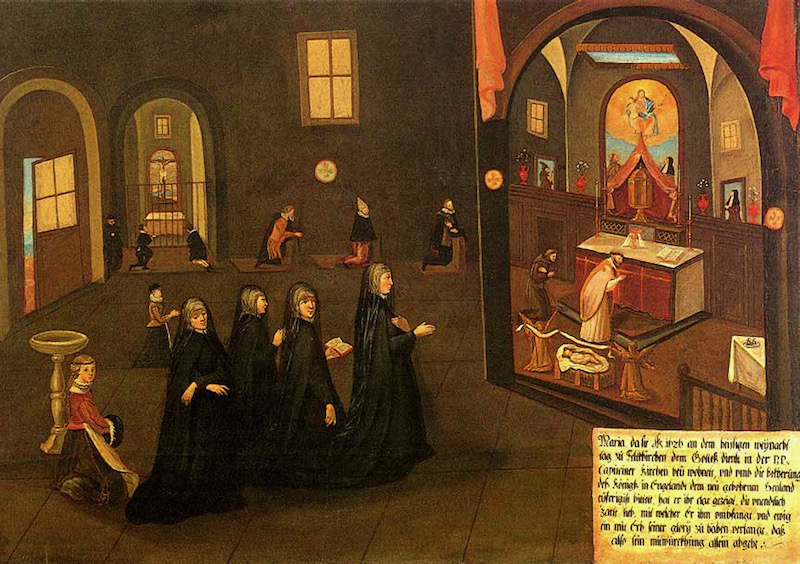 Women will in time 'come to do much'

As evidence of genocide mounts, now is the time to pray for China 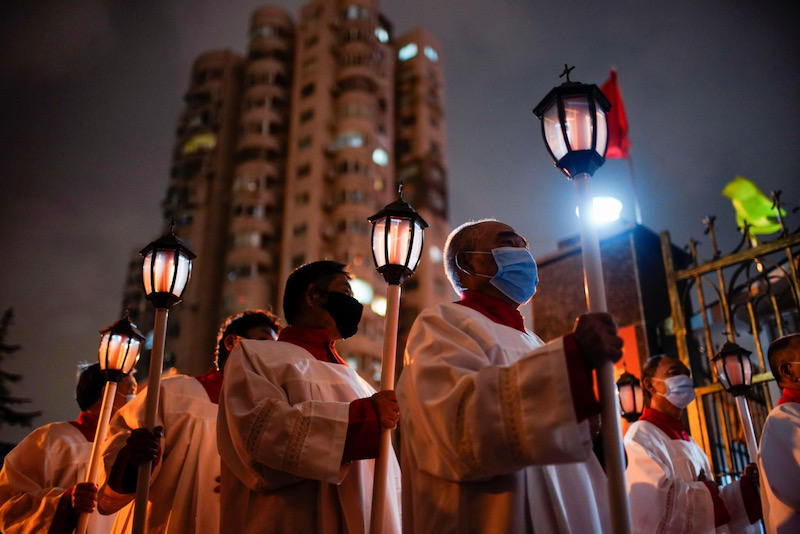 The Easter vigil at a Catholic Church in Shanghai earlier this year.
Aly Song/Reuters

China today faces the worst human rights crisis since the Tiananmen Square massacre of 1989, and the most severe crackdown on religious freedom since the Cultural Revolution. While the Chinese Communist Party regime has always been repressive, today it stands accused of genocide, forced organ harvesting, repeated breaches of international treaties, an all-out assault on all forms of dissent, civil society activism or independent media and a war on faith.

Last month, the British House of Commons voted unanimously to recognise the atrocities perpetrated against the predominantly Muslim Uyghur people as a genocide. This follows similar motions by the Canadian and Dutch parliaments, an official decision by both the previous and current United States administrations, and a growing body of opinion from legal experts and scholars.

At the same time Hong Kong’s promised freedoms, rule of law and autonomy have been rapidly dismantled, in flagrant violation of the Sino-British joint declaration and the city’s own mini-constitution, known as the “basic law”. Hong Kong’s jails are now filling up with political prisoners. Most recently, some of Hong Kong’s most prominent, most senior, most mainstream and most internationally respected pro-democracy campaigners, including Catholics such as media entrepreneur Jimmy Lai, student leader Agnes Chow and trade unionist Lee Cheuk-yan, have been jailed. Others – such as the “father of the democracy movement”, devout Catholic Martin Lee and fellow barrister Margaret Ng – received suspended sentences. For what? For having participated in a peaceful protest in 2019.

Meanwhile repression in Tibet intensifies, practitioners of the Falun Gong spiritual movement continue to be targeted and Christians in mainland China – Catholic and Protestant – face intensifying persecution. Thousands of crosses have been destroyed in recent years, while churches have been closed or in some cases destroyed. In state-controlled churches, images of China’s ruler Xi Jinping and Chinese Communist Party propaganda banners are displayed alongside – or sometimes instead of – religious images. Surveillance cameras are erected at the altar, and young people under the age of 18 are banned from all churches, receiving the sacraments, and attending Bible studies. With these severe restrictions, perpetuating the faith and attracting new religious vocations among the next generation will prove difficult.

The Bible and other Christian texts are being censored from the Chinese Internet. Unauthorised possession of bibles results in bible burnings. The regime is currently retranslating and reinterpreting the Bible and is expected to do so in ways that serve the  goals of the Communist Party, such as occurred in the retelling of John’s Gospel in a 2020 state-sponsored textbook, which depicted the adulterous woman being stoned to death by Jesus.

New rules on the selection of Catholic bishops in China make no provision for any papal role in the process, in complete disregard for the recently renewed Sino-Vatican agreement of 2018. Bishops, who are essential to the life of the Catholic Church, are needed to fill dozens of vacant diocesan posts throughout China.

Catholic and Protestant clergy who refuse to join the state-approved churches face the risk of arrest and imprisonment. The Catholic bishop of Baoding diocese in Hebei province, Bishop James Su Zhimin, has become one of the world’s longest-serving prisoners of conscience. While leading a religious procession in 1996, Bishop Su was taken into police custody and has not been heard of since. He had already been imprisoned for 26 years and severely tortured under Mao Zedong’s rule. The 70-year old Catholic bishop Augustine Cui Tai, of  Xuanhua Diocese, Hebei province, has been in detention without due process for most of the last 13 years. Bishop Cui Tai was mostly recently taken into detention on 19 June 2020.

Among Protestants, Pastor Wang Yi, one of China’s most prominent Christian voices and founder of the underground Early Rain Covenant Church in Chengdu, was sentenced in December 2019 to a nine-year prison term.

It is for all these reasons that Asia’s most senior cleric, Myanmar’s Cardinal Charles Bo, has called for a “Week of Prayer for the Church and Peoples of China” from 23-30 May this year. In his capacity as President of the Federation of Asian Bishops Conferences, Cardinal Bo, Archbishop of Yangon, issued a statement on 14 March urging the faithful to extend the annual Worldwide Day of Prayer for the Church in China, designated in 2007 by Pope Benedict XVI as 24 May – the Feast of Our Lady Help of Christians – to a week of prayer.

Cardinal Bo emphasised the need to pray both for the Church specifically, and for all the peoples of China, saying: “Since the start of the COVID-19 pandemic, the peoples of China have faced increasing challenges, which impact us all. It is right that we should pray not only for the Church but for all persons in the People’s Republic of China. We should ask Our Lady of Sheshan to protect all humanity and therefore the dignity of each and every person in China.”

He added: “In proposing this Week of Prayer I am expressing my love for the peoples of China, my respect for their ancient civilisation and extraordinary economic growth, and my hopes that as it continues to rise as a global power, it may become a force for good and a protector of the rights of the most vulnerable and marginalized in the world. Pope Francis rightly reminds us that “there is also a deeper hunger, the hunger for a happiness that only God can satisfy, the hunger for dignity. I am calling for prayer for each person in China that they may seek and realize the full measure of happiness that our Creator has given to them.”

Writing six weeks after a military coup plunged his own country into turmoil, Cardinal Bo said: “Many parts of the world are currently challenged, including my own country of Myanmar at this time, but in a spirit of solidarity it is right to focus not only on our own challenges but to pray also for others, in the clear knowledge that their well-being is closely linked to ours.”

In response to Cardinal Bo’s call, a website – GlobalPrayerforChina.org – was launched last week by an informal coalition of lay Christians from six continents who have joined together to facilitate the Global Week of Prayer.

The website features resources for parishes and individuals, including up-to-date information on the persecution of Christians in China, as well as the genocide of the Uyghurs, repression in Tibet, the dismantling of democracy and human rights in Hong Kong and other injustices and threats to human dignity throughout China. It includes profiles of individual prisoners of conscience, and pastoral resources for prayers and homilies.

Cardinal Bo’s call is right, courageous and timely. It must not fall on deaf ears. In two weeks’ time, I hope that Catholics – and Christians more broadly – around the world will take up his request and devote time to praying for China, individually and collectively. Individuals can do so throughout the week in their personal, private prayers, and parishes can do so collectively during Mass.

After a year in which the world has been plunged into crisis by a pandemic, evidence of a new genocide is mounting. A place that was until recently one of Asia’s most open cities has become a closed and repressed territory of fear. And the Church faces a level of persecution not seen for decades. It is right to pray for the Church and peoples suffering under the regime responsible for these acts of inhumanity and mendacity. It is right to pray for China.

Benedict Rogers is a human rights activist and writer. He is the co-founder and Chief Executive of Hong Kong Watch, Senior Analyst for East Asia at the international human rights organisation CSW, co-founder and Deputy Chair of the UK Conservative Party Human Rights Commission, a member of the advisory group of the Inter-Parliamentary Alliance on China (IPAC) and a board member of the Stop Uyghur Genocide Campaign.

The Global Week of Prayer for the Church and Peoples of China will be held from 23-30 May 2021. Resources are available at https://globalprayerforchina.org/