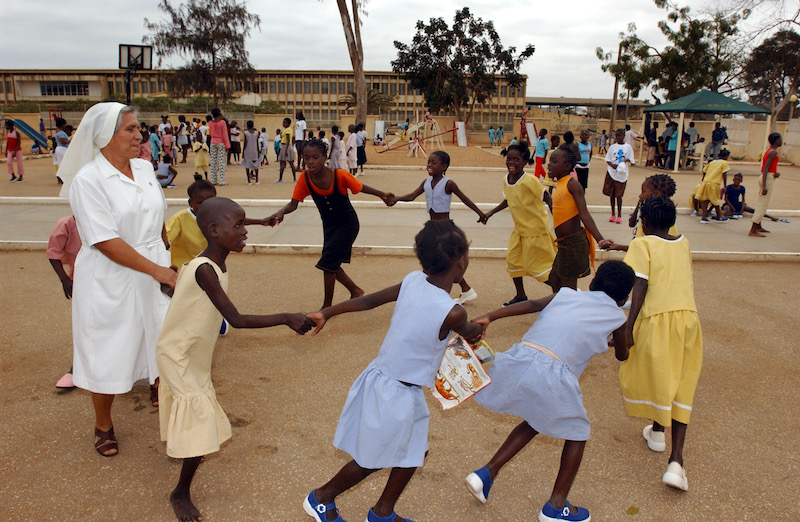 Celebrating the joy of prayer, discernment and the Religious life 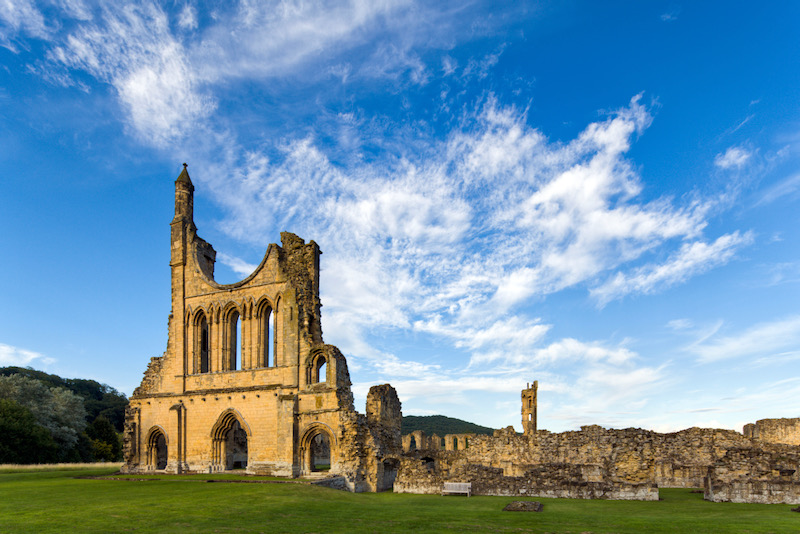 It’s the kind of discovery that art historians dream about. No, I’m not referring to the mis-attributed painting recently withdrawn from auction in Madrid that may be by Caravaggio. Rather it’s something much closer to my heart and home: the beautifully decorated thirteenth-century manuscript at the British Library that’s only just been shown to come from Byland Abbey – one of only 28 books known to survive from this great Yorkshire Cistercian monastery.

One book might not sound like much and you may be wondering why the announcement of the discovery got my pulse racing. But read on. I’ll explain why it’s a precious addition to the corpus of books known to survive from the abbey, how its decoration confounds traditional nostrums about early Cistercian austerity and finally how the survival of this priceless manuscript fits into what’s known about the tragic dispersal of Byland’s books in 1538 during Henry VIII’s Dissolution of the Monasteries.

Described by a twelfth-century author as a  “shining light” of religion in the north, Byland was one of the great Cistercian abbeys of medieval England. As with all monasteries, books were at the heart of its daily life. The Byland monks would have produced many of the books they read. However, put to one side ideas of a Name of the Rose sized scriptorium – Byland’s books would’ve been written and read in the draughty north alley of the cloister. A single volume could take a monastic scribe a year or more to complete, each stroke of the pen a pious act to the greater glory of God. The Cistercians considered their libraries “treasure houses for monks” and comparative evidence from the order’s other monasteries suggests that by 1200 there could well have been about 400 books at Byland. A large cupboard and small adjoining room in the east cloister range were sufficient for their storage.

The abbey also purchased books. For instance, in 1477 Brother John Gilling bought a manuscript containing texts on musical theory from a local carpenter called Sproxton (which begs the question of how had Sproxton acquired the book in the first place) and in the early sixteenth century the monastery was supplied with printed books by a bookseller in York.

There would have been many more than 1000 manuscripts and printed books at Byland at the time of its suppression in 1538. Only 27 were hitherto known to survive; that’s not too bad compared to some other religious houses gives a sense of the immense material and cultural destruction that accompanied Henry VIII’s assault on the monasteries.

But thanks to the meticulous work of Dr Clarck Drieshen at the British Library, one more invaluable volume can be put in the Byland column, a manuscript bible dating to the second quarter of the thirteenth century. Earlier scholars can be forgiven for missing its Byland provenance as this only became apparent when Dr Drieshen shone UV light on two erased annotations on the manuscript’s flyleaves. Both were revealed as the abbey’s Latin ex libris, or ownership inscription translated as “Book of St Mary’s of Byland” (like all Cistercian monasteries, Byland was dedicated to the Virgin Mary). Monasteries routinely identified ownership of their books with inscriptions of this sort, some accompanied by anathemas (curses) summoning physical and spiritual torment on anyone who dared filch them.

Given the small number of books known to survive from Byland, it’s a discovery of intrinsic interest and value. It also shows just how important modern science is in medieval book studies and provenance research.

Containing approximately 340 vellum leaves, the manuscript is ornamented throughout with colourful painted initials. Three of the leaves have especially elaborate decoration, depicting in turn St Jerome (translator of the bible into Latin), an initial “I” depicting scenes from the Creation through to the Crucifixion and a colourful border with the heads of fantastical beast at either ends.

The presence of such an extensive decorative scheme in a Cistercian manuscript of this date might well raise a few eyebrows. The order is renowned for its austere approach to art and architecture, which was neatly summed up by St Aelred, abbot of Rievaulx between 1147-67, with these words: “No colour, no pictures, nothing of great value.”

This pared-back aesthetic extended to manuscripts. Regulations dating from between the mid-twelfth and early thirteenth century demanded that the initials decorating the order’s books were to be in one colour only. The use of gold and any kind of figurative ornament was strictly forbidden as it was feared this would distract the monks from the edifying texts they were supposed to be reading, exciting their senses and diverting them from their quest for the obedience and  inner peace which were considered essential if they were to fulfil the true monastic vocation and experience the angelic life here on earth.

Other manuscripts from Byland and neighbouring Cistercian monasteries do indeed conform to the one-colour rule. These abbeys clearly weren’t short on talent and many of the initials are the work of highly accomplished scribes. Some are quite mesmerising in their complexity and are true works of art – austerity doesn’t preclude beauty.

But that’s only part of the story. As early as the late twelfth century, Byland was in possession of at least one manuscript (a psalter now at York Minster) that glittered with gold and shone with bright colour. The monastery was far from alone in having books with such lavish decoration. An initial in a manuscript from Rievaulx is adorned with a fierce looking beast, the stem of a plant emerging from its mouth. It’s been suggested that these fancy manuscripts were made elsewhere and were acquired by Cistercian monasteries as gifts. But I’m not so sure. Twelfth-century sculpted stonework from Rievaulx has some remarkable similarities with the figurative ornament found in the abbey’s manuscripts. In fact, there’s now an abundance of evidence to show that the visual arts of the Cistercians in the twelfth and early thirteen centuries were nowhere near as uniformly austere as some modern scholars like to think.  Instead, it’s becoming clear that the order had a pragmatic, dynamic attitude towards its art and architecture and that supposed deviations from the rules are not indications of incipient monastic decline.

The possible fate of the Byland library after the abbey’s suppression in 1538 similarly calls into question assertions about the decay of monasticism in the late Middle Ages. Evidence from a late sixteenth-century will suggests that Robert Barker, the last prior of Byland, left the abbey for the final time with a substantial portion of its library – 99 printed and 40 manuscript books – tucked in his saddlebags. This was probably because he hoped his monastery would one day be restored. John Nettleton (d. 1553), a devout East Riding Catholic, also acquired books from Byland, many subsequently owned by Henry Savile of Banke (1568-1617) a noted collector of monastic books. But despite their best efforts, only a small fraction of Byland’s library is now extant.

Half of the surviving Byland books were in Banke’s possession. However, the newly identified manuscript isn’t among them and its immediate fate after the suppression of Byland isn’t clear. Was it among the books salvaged by Prior Barker? Unfortunately, we don’t know anything about the manuscripts he may have saved other than that by the late sixteenth century, they were considered to be of “small valewe”. Its longer-term survival was down to William Petyt (1636-1707), antiquary and custodian of records at the Tower of London, and Robert Harley (1661-1724), earl of Oxford, statesman and one of the greatest bibliophiles ever. The book’s Byland provenance was discovered very recently when Dr Drieshen’s was cataloging the British Library’s collection of the Harley manuscripts. I and everyone else who cares about the history of books and monasteries are in his debt.