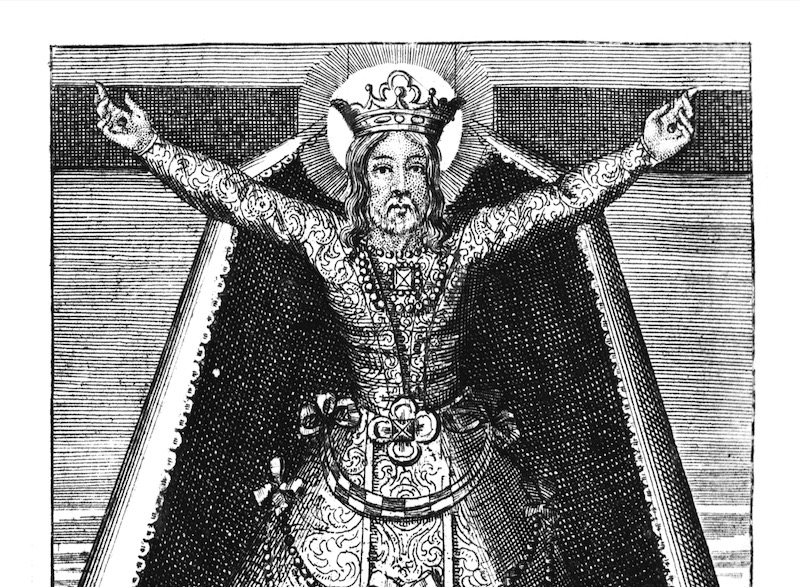 What are saints for?

The women religious standing against injustice in Myanmar and elsewhere 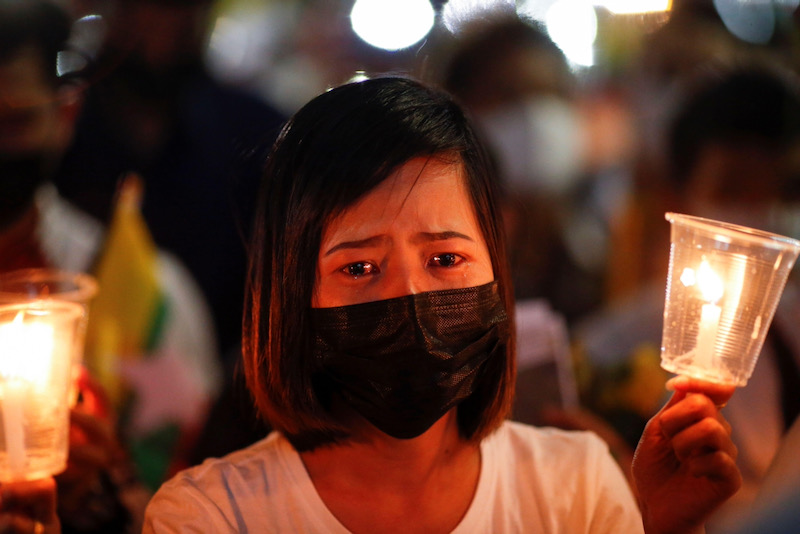 A women cries as she mourns those who died in Myanmar during anti-coup protests, in front of the UN building in Bangkok, Thailand earlier this month.
Soe Zeya Tun/Reuters

“They opened fire and started beating the protesters. I thought, ‘Today is the day I will die.’ I decided to die.”

This was the sacrifice Sister Ann Roza Nu Tawng was willing to make when confronted by the military during a protest in Myanmar.

Aung Sang Suu Kyi’s arrest and the coup that followed ignited a series of protests right across the country.

The protestors are calling for an end to military rule and the release of Suu Kyi and other elected officials. But the crackdown has become increasingly violent, with 38 protestors being killed in a single day on March 3.

At one such protest on February 28, Sister Ann Roza kneeled in-front of the armed police and pleaded for mercy. She was dressed in white robes and a black habit. In a video of the incident, a shot can be heard as the nun approaches the heavily-armed police.

When confronted by the riot police, Sister Ann Roza said she wasn’t afraid and was instead worried about the “fallen souls from the country”. She told the police that they’ll “have to come through me” to reach the protestors.

This is one of many examples of women within the Church who deserve the utmost respect for standing up for justice in the most trying of circumstances.

It has tragic parallels with a similar fight for justice in the Democratic Republic of Congo, when a nun was killed for her part in fighting for free and fair elections.

Thérèse Kapangala was a novice nun taking part in a protest against then-president Joseph Kabila, who refused to hand over power after his presidency had come to an end.

Her uncle, Father Joseph Musubao, led the protest outside of the Church of Saint Francois de Sales. According to Amnesty International, the peaceful protest was violently interrupted by the police with tear gas.

While others took cover in the church, Thérèse ran to the aid of a child who was suffering from the effects of the tear gas. The police fired five bullets into the crowd, one of which killed Thérèse.

In the aftermath of Thérèse Kapangala’s death in January of 2018, Father Joseph Musubao let it be known that “the Church will never shut up; no force can make it shiver”.

Thérèse was only 24-years-old when she was shot dead on the steps of the Church of St Francois de Sales.

The most prominent figure in this fight is Sister Helen Prejean. In 1982, she attended the execution of Elmo Patrick Sonnier: “What’s a nun doing in a place like this?”, said the guard in charge.

Montgomery was unambiguously guilty; she strangled a pregnant woman named Bobbie Jo Stinnett to death, cut her baby from her womb, and made off with the eight-month-old baby. The baby survived and was later returned to her father.

The above is not disputed. However, Montgomery was bipolar, suffered from PTSD, and had a traumatic brain injury likely associated with foetal alcohol syndrome.

Her step-father sexually assaulted her and even built a detached room to facilitate rape without interruption. He often invited friends over the partake in this abuse.

Lisa Montgomery’s mother also sold sexual access to her daughter in exchange for plumbing work. Lisa told a social worker about this abuse, which was then reported to the police, but it appears that no one ever followed up on this.

Lisa scored nine out of ten of an “Adverse Childhood Experiences test”, a number consistent with the most brutal forms of torture.

Sandra Babcock, the founder of the Cornell Centre on the Death Penalty Worldwide, told The New York Times that the case was “all about gender”.

“Were it not for her being a woman,” Babcock said, “she would not be on death row, because she wouldn’t be subjected to the kind of torture that she was.”

No one would have argued for Montgomery’s freedom, but Sister Prejean says her death will “forever be a scarlet letter for the SCOTUS (Supreme Court of the United States) – a complete failure to protect our most vulnerable citizens”.

That’s what Sister Prejean continues to do in her 80s, she continues to fight for justice, and it’s what nuns the world over do every day in often quiet and discreet ways.

With International Women’s Day still fresh in our mind, let us remember and celebrate the women in the Church who “get out on the road” and do the hard things that most of us are unable to do.