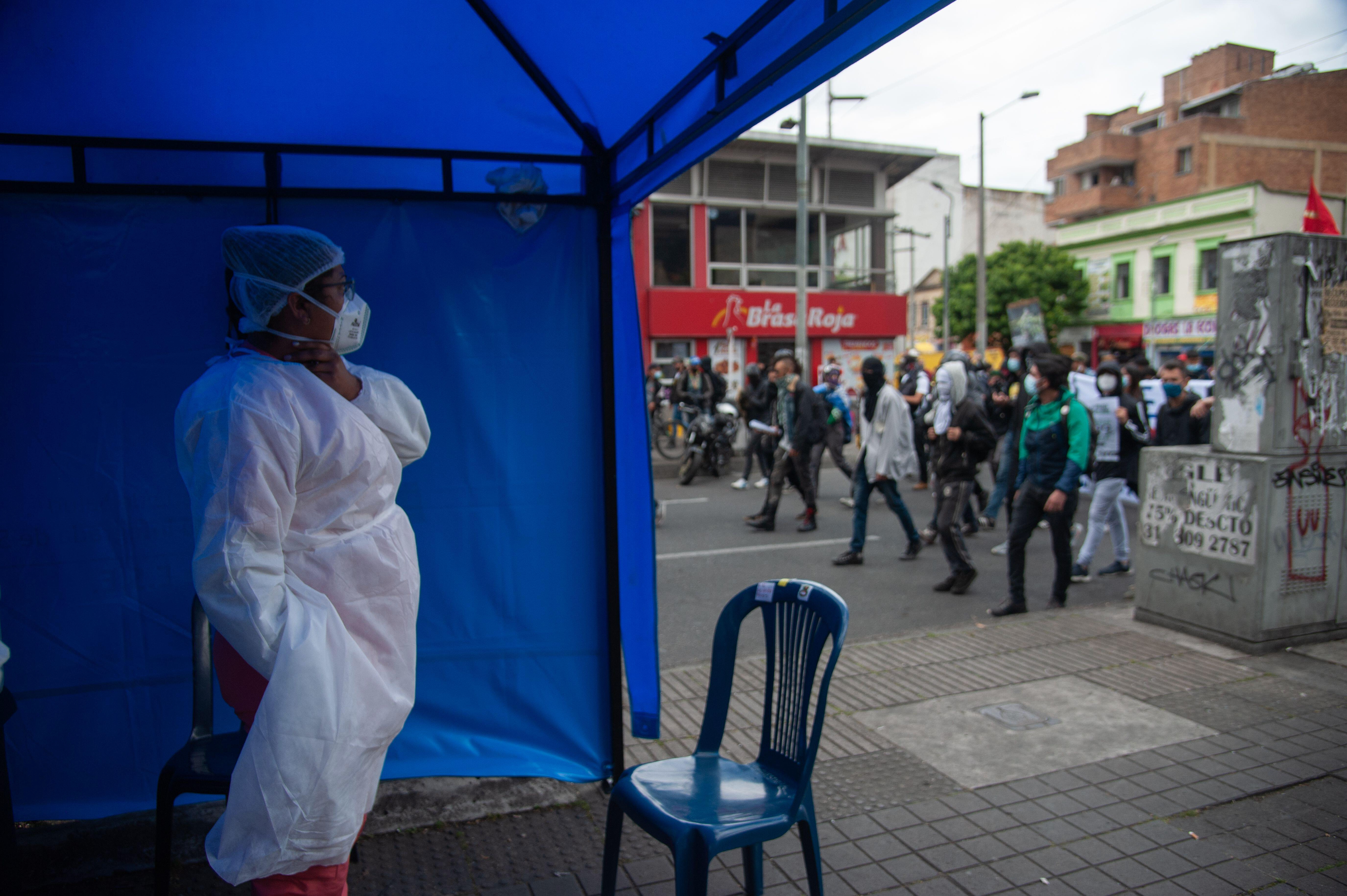 How the Catholic Church in Colombia is on the frontline of border migration crisis, Covid and peace-building

In this Year of Saint Joseph, let's hear it for fathers In case you’d missed it, we’re currently in the midst of a Year of Saint Joseph, marking the 150th anniversary of Pope Pius IX’s proclamation of the Nazarene Carpenter as Patron of the Universal Church in the wake of the fall of Papal Rome in 1870.

That Pope Francis has a devotion to St Joseph is unsurprising, since that was the dedication of the parish where he grew up in Buenos Aires. San José (or at least a small statuette of the recumbent saint) sleeps on Jorge Bergoglio’s desk in Rome, just as he used to back in Argentina: “Even when he is asleep, he is taking care of the church! Yes! We know that he can do that. So when I have a problem, a difficulty, I write a little note and I put it underneath St. Joseph, so that he can dream about it! In other words I tell him: Pray for this problem!” I imagine there’s quite a little stack of papers under that figurine most nights.

Although my own childhood parish was dedicated to St Joseph, he didn’t ever get much of a look-in there, living in the shadow (or the hangover) of St Patrick’s feast day two days earlier. In any case, an elderly chap carrying a lily, most frequently described as the Blessed Virgin’s “spouse most chaste”, wasn’t the most obvious of role models, whether for 1960s fathers or their 1960s sons. So dismissing the current Year of Saint Joseph as irrelevant, together with all the bad statues and cloying piety that have cluttered our churches down the centuries, would be an understandable Anglo-Saxon reaction to the Pope’s move.

Yet that would be a mistake because, as Pope Francis’ letter, Patris Corde, argues, St Joseph has much to teach us – perhaps especially in an age when children “often seem orphans, lacking fathers” and when “the Church too needs fathers.”  (PC n.7) Could he awaken in us menfolk “a father’s heart” at the start of the Third Millennium? Could he, by intercession and example, bring some healing to the contemporary “crisis of masculinity”?

Let me ask you a question. Did Jesus look like his father? It’s a question asked of every child. Of course, it gets tricky in the case of Jesus of Nazareth because of the circumstances of his conception, as reported by both Matthew and Luke – accounts which don’t seek to answer our scientific age’s questions about DNA and where he got his “y” chromosome. But I’m not asking about the intricacies of the human genome either.

In the fourth Gospel, Jesus is himself clear that he resembles his heavenly Father and that he reveals the face of God (Jn 1.18; 14.9). Yes, that’s our faith. But hidden beneath the typical Johannine reworking of Jesus’ speech-forms there seem to be the nucleus of an earlier parable of apprenticeship: “By himself the Son can do nothing; he can only do what he sees the Father doing, and whatever the Father does the Son does too.” (Jn 5.19) To have seen Jesus is to have seen his earthly (foster-) father, too.

In my 60th year I often catch my father’s voice and mannerisms as I go about my day – how I think, how I play with language, how I sing, perhaps even how I walk. He found such difficulty in sharing his inner life ... and yet, to my surprise, he walks with me still. So, too, if we take the Incarnation seriously (and don’t simply follow the old heresy that Jesus was “half-human” and “half-divine”), we will find the influence of St Joseph running deep in the life of Jesus; because that is where the divine Word became flesh, in one particular family in one particular culture at one particular point in history. Jokes about splinters and planks originate in a Palestinian workshop. Warnings about counting the cost before beginning to build come from the builder’s yard. The workman’s impatience with those more concerned about ritual purity than the realities of life bursts forth in Jesus’ attacks on hypocrisy.

To our modern forensic minds, there is little material for constructing a biography of St. Joseph. However, we can be sure of this: he was around for enough of Jesus’ life for the boy to become his apprentice and to become known both as the son of the carpenter (Mt 13.55) and the carpenter (Mk 6.3); around past Jesus’ Bar Mitzvah (Lk 2.41-52); around maybe even until shortly before Jesus took to the road, aged about 30 (Lk 3.23). The psychoanalytically-minded have sometimes speculated that Jesus’ devotion to his heavenly “Abba” derived from the absence of a father-figure in his own life. I suggest the opposite. Here was a man who grew up without ‘issues’ regarding paternity, and Joseph’s influence courses through the Gospel story.

Here is the dutiful father who gave his child boundaries, identity and an understanding of right and wrong. Here is the skilled craftsman his son could look up to with pride; the worker who showed the dignity of human labour. Here is the Dreamer (Mt 1.20; 2.13, 19-20) who taught his son to dream, too (of the Kingdom of God …); the husband who dealt with his own hurt and confusion and did not inflict it on wife or child (Mt 1.19); the one who showed Jesus how to find happiness “not in mere self-sacrifice but in self-gift.” (PC n.7) Here is the head of the refugee household, “like so many of our migrant brothers and sisters who, today too, risk their lives to escape misfortune and hunger”. (PC n.5) Here is the drama of our age and the challenge that all those who would be real fathers must face, whether in flesh-and-blood relationships or in celibate pastoring.

St Joseph, patron of the Church, pray for us.