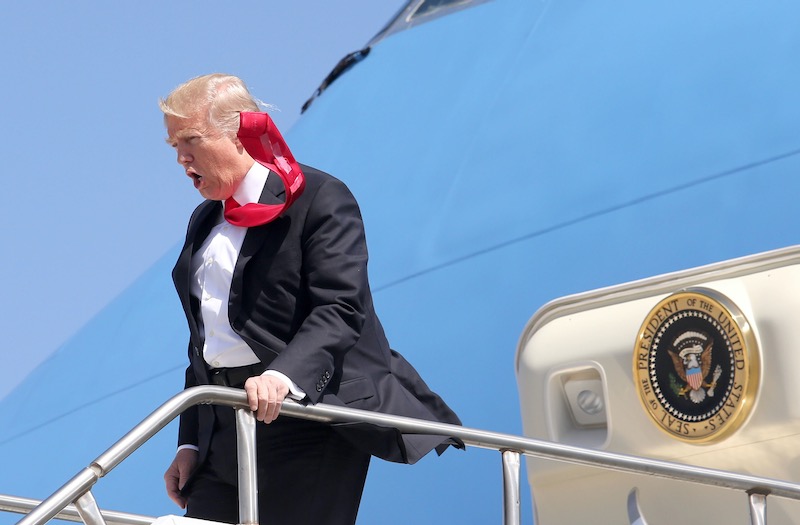 Truth and reconciliation – what the Catholic Church needs after Trump

Celebrating the feast of 'Our Aelred' of Rievaulx, we mark the compassion and bravery of this extraordinary monk 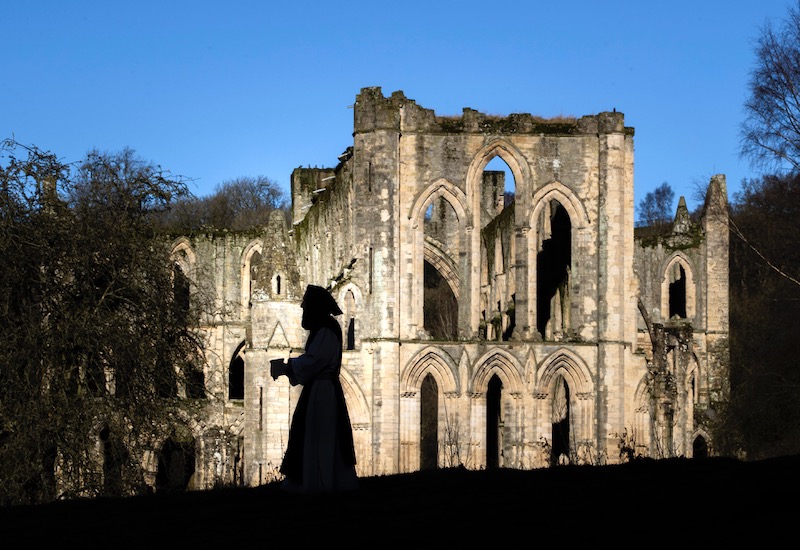 There’s no better advertisement for the spirit of medieval monasticism than St Aelred of Rievaulx, whose feast is on 12 January. Abbot of this great Yorkshire monastery in the mid-twelfth century, the light of his love and compassion shine through the centuries retaining the power to illuminate this darkest of Januarys. Aelred’s prowess was such that his name was familiar to popes, kings and prelates. Many of Rievaulx’s buildings date to Aelred’s abbacy and bear his imprint. Though ruined since the days of Henry VIII, the abbey is still one of the greatest monuments to the divine and human spirit anywhere in the world – and that’s thanks to Aelred.

But despite this laudatory introduction, I’ll bet many readers are scratching their heads, wondering: “Who?”

We know a huge amount about Aelred’s life and deeds thanks to a Life, or biography that was written immediately after his death by Walter Daniel, a Rievaulx monk who knew the saint intimately.

This work tells how Aelred was born in 1110 at Hexham in Northumbria, one of the North’s great centres of Anglo-Saxon monasticism – Aelred remained a patriotic Northerner throughout his life, retaining a deep devotion to the region’s saints. A bright lad, he was educated at the school attached to Durham Cathedral Priory and in his early teens entered the service of King David of Scotland. Here he prospered and was appointed as the king’s steward, a role that led to him being entrusted with important diplomatic missions.

Aelred enjoyed the sensuous, worldly pleasures of courtly life and even, in the words of Walter Daniel, “defiled his chastity”. This caused spiritual turmoil for Aelred, who harboured a nascent monastic vocation. A visit to the archbishop of York in 1134 provided Aelred with the opportunity to answer this calling and he joined the community at Rievaulx Abbey.

Described in Aelred’s Life as “wonderful adepts”, the white clad Rievaulx monks belonged to the austere, reforming Cistercian Order and the foundation of their abbey just two years earlier had sent shockwaves across the religious establishments of northern England.

Aelred quickly adjusted to their harsh way of life. This was based on a strict interpretation of the Rule of St Benedict, each day structured around periods of communal prayer, reading and hard, manual graft. But still tempted by the sins of the flesh (interpret that as you will), Aelred would plunge himself into freezing cold water to calm his bodily desires.

The talented young monk soon rose through the ranks and was entrusted with a diplomatic mission to Rome. On his return, Aelred as appointed as the monastery’s novice master, entrusted with caring for and nurturing young men training for the monastic life. He was then elevated to the abbacy of Revesby, a  “daughter house,” or off shoot of Rievaulx. It is likely at this time, or perhaps shortly before, that Aelred penned his guide for novices, The Mirror of Charity. Described by Walter Daniel as “the best of all his works”, this vividly evokes the physical hardships of the Cistercian way of life but also its spiritual rewards, the latter summed up with the words: “Everywhere peace, everywhere serenity, and a marvellous freedom from the tumult of the world.” This anti-materialist message still strikes a cord today.

In 1147 Aelred returned to Rievaulx as its abbot. His Life says that he “doubled everything”, the community increasing to include 140 monks and 500 lay brothers and servants, making Rievaulx the largest monastery in Britain at this time.

Men flocked to the abbey from across Europe. This included those who had struggled to fulfil their monastic vocation at other monasteries and who found in Aelred a loving and compassionate father. It’s no surprise that the Rievaulx monks called their abbot “Our Aelred”.

A passage in Aelred’s Mirror of Charity powerfully evokes the fraternal love and spiritual contentment of the Rievaulx community:

“The day before yesterday, as I was walking the round of the cloister of the monastery, the brethren were sitting around forming as it were a most loving crown…I found no-one whom I did not love, and no-one by whom, I felt sure, I was not loved. I felt such joy that it surpassed all the delights of the world.”

The cloister is one of the many structures at Rievaulx that date to Aelred’s abbacy. They also include the nave of the church, the chapter house, novices’ chamber and infirmary. It’s still possible to read in their shattered remains evidence of Aelred’s aesthetic influences, which included Cistercian churches in France and early Christian shrines in Rome.

The final years of Aelred’s life were blighted by serious illnesses. His ailments likely included kidney disease, arthritis, gout and a serious lung complaint. He’s described as passing kidney stones the size of beans and as sitting by a fire in agony, curled up like a piece of parchment. Throughout these pain-racked years, he remained a loving father to his monks, who congregated by Aelred’s bedside for his counsel. Aelred knew his death was approaching and was greatly comforted by his love of Christ. He died at Rievaulx on 12 January 1167.

Almost immediately, he was venerated at the abbey as a saint. In around 1220 the east end of the monastery’s church was rebuilt on a magnificent scale to provide a fitting setting for his relics, which were placed in a precious metal shrine above the high altar.

This would’ve been melted down, Aelred’s relics likely scattered to the wind, when Rievaulx was dissolved on the orders of Henry VIII in 1538.

But St Aelred’s voice still speaks across the centuries. On Spiritual Friendship, one of his last works, remains widely read today and provides an ideal of friendship that resonates with people of all faiths and none.

Some modern scholars have argued that passages in Aelred’s writings show that he was physically and emotionally attracted to other men. Sometimes called the “gay abbot of Rievaulx”, he’s become an unofficial patron of LGBTQ Christians, especially in the US Episcopalian Church. A number of Polish Cistercians have reacted by refusing to read Aelred’s works. That’s their loss. One can’t help but wonder if they have a similarly censorious attitude towards the early monastic and Cistercian authors whose oeuvre includes hate-filled, anti-Semitic and anti-Islamic diatribes.

The evidence about Aelred’s sexuality is ambiguous to say the least. What isn’t in doubt is his deep understanding of human nature, his compassion, inclusiveness and bravery. His feast day on 12 January is therefore well worth marking.

Once lockdown 3.0 has lifted, I’d urge you to visit Rievaulx where a soon to be installed series of strategically located temporary information panels tell Aelred’s story. The abbey’s beautiful ruins remain a living witness to, in the words of Walter Daniel, “the life of so great a father”.

Join this online conference organised by Michael Carter, ‘Our Aelred’: Man, Monk & Saint, English Heritage & the British Archaeological Association, 11-12 January 2021. Free and via Zoom, it takes place this afternoon and tomorrow, Aelred's feast. All the big Aelred experts are speaking and it ends with a roundtable discussion about Aelred's sexuality. Rev Richard Coles, the well-known broadcaster and Anglican cleric, is one participant.
Back to articles
Back to articles