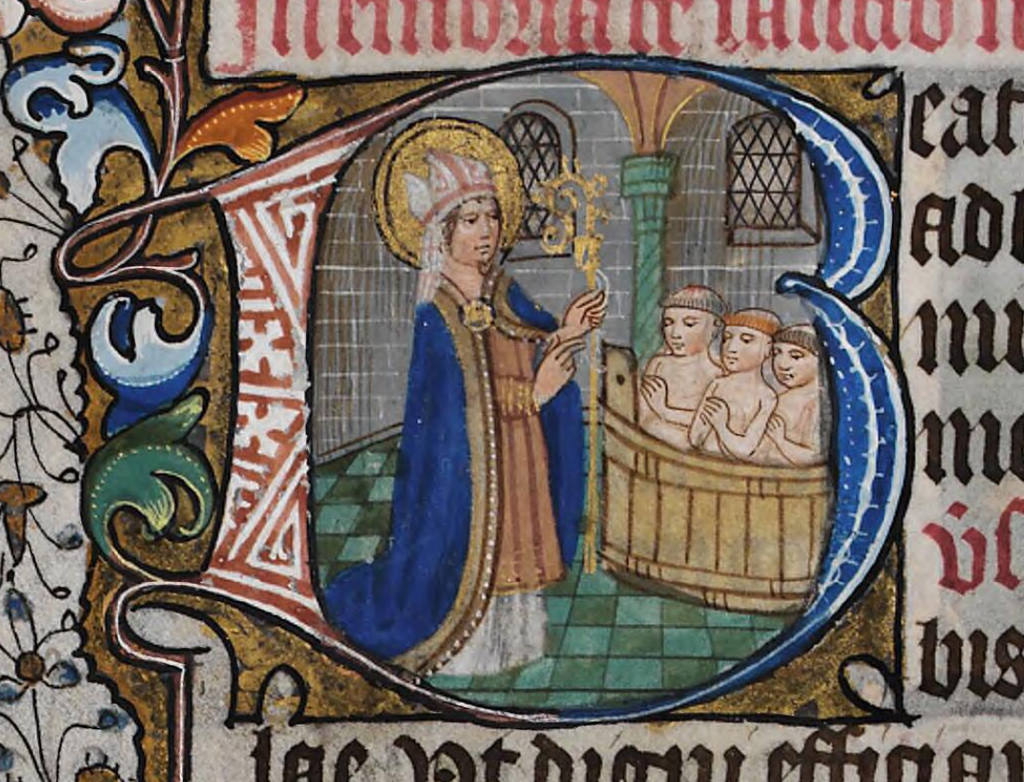 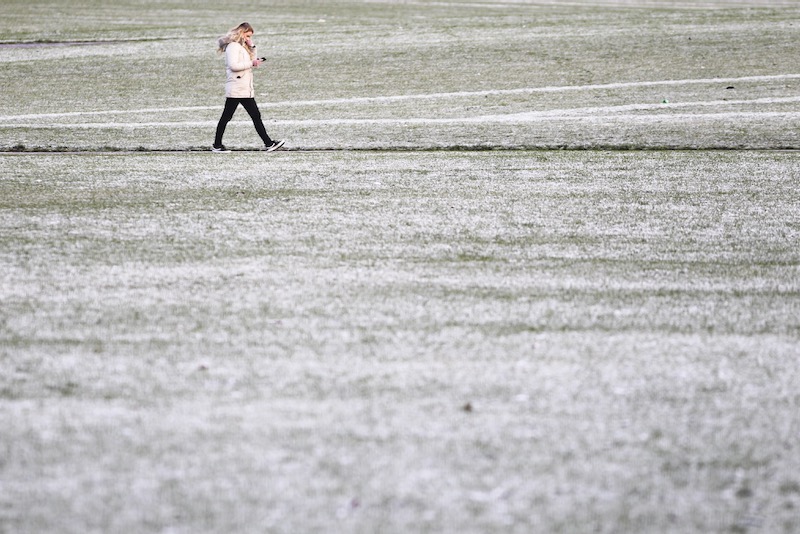 Being back in lockdown was an interesting time to play compare and contrast. What was different the second time? Did we know more? Did we feel better or worse about it, having already had the experience before? But it certainly wasn’t the same. You can’t step into the same river twice, as they say, and you can’t simply repeat a lockdown, because our expectations, our hobbies, our habits and even our relationships have changed over the last several months.

Everyone makes their own judgment within the rules, but no one can make assumptions about anyone else. The first lockdown could be seen coming, and like many people, we effectively went into it before the Government called it, because we were so worried about certain risk factors; as the second one became likely, some people did precisely the opposite and went out partying every night until it became illegal. For my household, the possibility of a second wave looked plausible very early on even during the first one, so we never really came all the way out of lockdown, just relaxed it slightly; and then it was full on again, and I am so very glad I managed to get my hair cut in the between bit. I was already feeling like one of those unfortunate sheep that gets missed in the shearing and ends up with two years’ worth of wool on its back.

Some things didn’t change. The cast was the same; our shield maiden had to come back and settle down here again, so that we could be a support network, but the joke has been wearing a bit thin. Just before lockdown one, the plumber came and changed several taps; in a pleasing parallel, the day before lockdown two, the electrician came and fixed the lights in Mary’s room and the playroom. We had all got more or less used to the delivery systems for some of our food, though we were a bit worried about particular items being unavailable again, especially as one of them appeared to be our favourite loose leaf tea. Apparently the factories are having to concentrate their efforts (distancing and staff sickness, I imagine), and are concentrating them unfortunately on teabags, but I run on real tea, in a teapot. Rachel says that there is soon going to be a teapot emoji; I cannot imagine how texters have managed for so long without one.

At least this time the restrictions for shielding were fewer and the sad little path around the garden was not re-established. Rachel is allowed out for walks with Margaret, but it’s just as well that she isn’t limited to only one room under the current rules, as the garden is too cold to work in now.  She is still not allowed actually to shop, but she’s an ace on computer shopping. Some of us prefer the cooler weather and longer nights, especially John, the family vampire, who also prefers life when no one is trying to touch him, so he finds some aspects of lockdown almost desirable. During the interim, Mary managed a few weeks away, with an aunt in Austria, but didn’t enjoy having to go back into quarantine on her return. It reminded the rest of us of the beginning of the first lockdown, when she thought she’d caught the virus on the same day that Rachel arrived, so that there were two of them isolating simultaneously, on different floors, for two weeks, with food on trays.  Some people just naturally get to be waited on (and then teased mercilessly when they rejoin us). We still don’t know whether she had the virus or not, but we weren’t taking any risks.  At least Rachel can now eat with us, albeit at a separate table (and we’re brainstorming options for Christmas dinner).

Another bedroom has been turned into a mini-office, because Margaret is now employed (hurrah). I have taken to hanging pictures higgledy-piggledy all over the walls, because they take up less room there than stacked on the floor waiting for final decisions on where they should go. Not every bed is occupied, but every bedroom is, and we are even heading for domestic water-cooler moments, when the tea tray comes upstairs and the locusts gather.

Unfortunately we still seem to know relatively little about how people catch the virus, but within the house we pool our knowledge, implement what we can, and hope for the best. We aren’t obsessively sanitising surfaces as much as we did, partly because the evidence doesn’t seem to be there, but also because no stranger has been in the house for months (the last one was the electrician, and you’d need to be up a ladder to reach where he was touching). We are trying to remember to open windows more often, but when it’s cold and wet, no one really wants to. Blankets are proliferating on the chairs so that no-one gets hypothermia, but you have to fold them as soon as they aren’t in use, or they just add to the clutter.

Now we are in tiers instead of lockdown. Probably going into tier three from lockdown was easier (if less logical) than jumping from tier one to tier three would have been. Some behaviours have changed, and some have not. Going out remains slightly scary, because some people still get too close, and seem to be completely unaware. Wearing masks is still a nuisance, and fogged-up glasses a real problem in the colder weather. Masks are now a distinct chunk of the family laundry, like socks, and the throughput of both has gone up noticeably since the summer. Luckily I invested in another piece of hanging equipment (we call them sock gibbets) during not-lockdown, and masks fit on them easily. Like the historians who regard the two world wars as a continuum, I find myself wondering whether in retrospect we will need a word for the gap between, rather than for two separate lockdowns. Another thing which hasn’t changed is that we worry about our outliers; but one of them (plus beloved) has moved to our town, so we can occasionally see them for a walk, so long as we take turns. The other is busy but happy, and we did see him just before lockdown two. He’s hoping to come down for Christmas. I have been reduced to looking at a particular Duplo figure that looks very like him, how sad is that?

Everyone has grown accustomed to the big bag of clean masks just inside the front door. I figured that if everyone fell over it on their way out, they were less likely to forget to take one. I buy a few more every now and again, because there is an attrition rate, but I’m hoping for the higher-value (maybe personalised Christmas?) ones to be slightly more cherished.

The children have started looking forward to Christmas, and Margaret has already decorated the stairwell with rows and rows of stockings, something we usually leave until Christmas week. I’m relaxed about decorating earlier, especially if I don’t have to do it. Taking them down afterwards is a more time-consuming and depressing task (and usually left to me), but this January there will still be people here to help, willynilly. I’ve worked out where we can get a tree, and I have bought a tiny one to be shared as part of people’s backdrops on office Zoom calls and Christmas events (maybe one won’t be enough?). I have ordered the turkey, because that’s important, but nothing else yet. We already have a pudding, and I have checked where the silver threepenny bits are (I buy them back off the children each year). Certainly it’s easier to nag about things when more of the children are here, and perhaps it’s a good chance to spread the load. I thought that at least we would get all the Christmas cards done this year, but uncannily we still haven’t even started. My excuse is that there is literally nowhere to assemble the cards and address books, because every table is an office with a computer on it, except for the one we need to be able to eat at (and the little one where Rachel presides).

I have really missed the charity shops. Father Christmas depends on them for the stockings, and especially for quantities of cheap books, but I’m also worried about how much income they have been losing by having to be shut for so long. Our local hospice shops actually make a sizeable proportion of the hospice’s funds year by year, but many of the volunteers are precisely in the groups that are supposed to be avoiding too much fraternising, so that shortens the hours they are able to open, and there are fewer customers around generally.  We had been feeling that our area wasn’t doing too badly, if we could all carry on being sensible; now we aren’t so sure any more, after jumping two tiers overnight. I want to support my local businesses, but I can’t risk my family’s health.

Church this Christmas is clearly going to be a problem. I was surprised there wasn’t more fuss about it at Easter, which is after all liturgically the bigger feast, but then most of the fuss over Christmas is not being made on liturgical grounds. I hope churches will be properly open again by then, but who knows?  I think one aspect of this year’s Christmas is going to be a lot of improvising and thinking on your feet, letting some traditions go and creating new ones; and in the end, it’s the people and the day that matter. It’s still too early to make plans, we console each other.

It is especially hard to imagine Christmas (and Christmas church) without any music, especially without carols. I’m sure there will be recorded broadcasts, but the whole point of carols is joining in and singing them yourselves. Traditional Christmas music belongs to everybody. Like church, it isn’t meant to be just for listening; you have to join in. Maybe the feeling of solidarity which carols usually bestow will be found this year instead in a joint determination to look after the vulnerable among us, by all following the rules; maybe less fun, less music, fewer traditions, but possibly with more opportunities for the Holy Spirit to slip in. After all, at the first Christmas, their situation was even worse : away from home, far from friends and family, with a new baby inconveniently arriving, dependent upon the goodwill of strangers, and with peril just outside the door, so they even have to do a midnight flit into the bargain. But, as always, when it arrives, the baby is the most important thing.