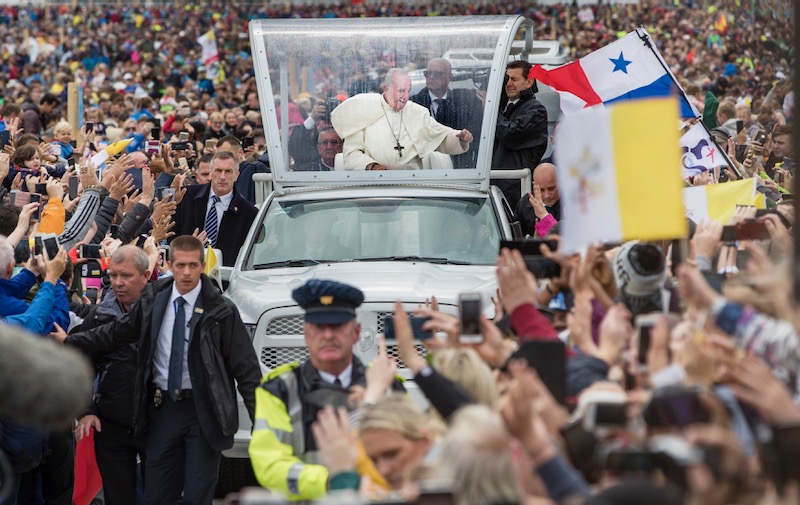 The McCarrick report: will the bishops who supported Viganò now correct the record?

Feasting with St Hilda – she can rid us of serpents, and teach us how to celebrate in lockdown 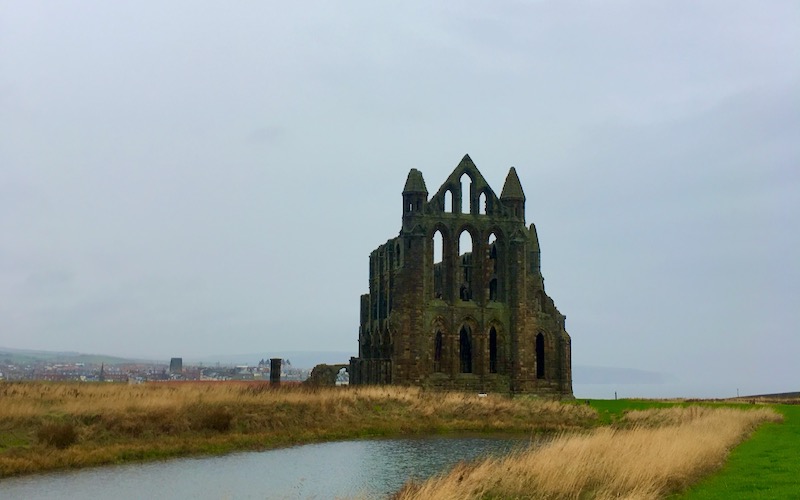 The North Yorkshire seaside town of Whitby has many virtues. But I think that even its most patriotic denizens and ardent fans would admit that its exposed location on the wind-lashed North Sea coast means that mid-November isn’t the best time for a visit. Standing on a headland above the town are the magnificent ruins of a medieval Benedictine abbey. These largely date to the thirteenth century but the history of monastic settlement at Whitby goes much further back in time, to the Anglo-Saxon abbey founded there in the mid-seventh century by St Hilda.

It’s her feast day on 17 November and as I’ll explain, the saint’s remarkable life, achievements and legacy are all well worth celebrating. What’s more, it will become apparent that Whitby’s medieval monks used St Hilda’s day to nurture their spiritual and physical wellbeing at this, cold, damp, dark time of year.

Hilda was born to royal, pagan parents in 614. Shortly after, Christian missionaries reached her Northumbrian homeland, and on Easter Day 627, Hilda was baptised into their faith.

The pious, young princess decided to dedicate her life to God and initially planned to join her sister at the monastery of Chelles in northern France. That didn’t happen. Instead Aidan, abbot and bishop of the island monastery of Lindisfarne and a future saint, persuaded Hilda to pursue her monastic vocation in her native Northumbria. After first settling at an unnamed monastery on the banks of the Wear and then at Hartlepool, in 657 Hilda became abbess of the royal monastery at “Streaneshalch”, or Whitby.

The abbey was home to both nuns and monks, and under Hilda’s talented leadership came to be counted among the religious, intellectual and cultural powerhouses of seventh-century Christendom. Bede, a monk at Jarrow and a near contemporary of Hilda, tells that Whitby was a place of “justice, devotion, purity and other virtues, but especially […] peace and charity”. Men of all ranks, from princes to paupers, esteemed Hilda’s wisdom and sought her counsel. Alumni of the school at Whitby included five future bishops, and Hilda’s monastery was also home to Caedmon, the illiterate cowhand who discovered a miraculous gift for song, which was nurtured by his saintly abbess.

Hilda’s abbey was also the location for the famous Synod of Whitby, an epoch-making event in the religious and cultural history of Anglo-Saxon England. This meeting of churchmen and nobles was convened in 664 by King Oswiu of Northumbria, patron of Whitby, to discuss aspects of ecclesiastical observance that were disputed between the Irish and Roman missionaries who had converted his kingdom. The most pressing was the calculation of the date of Easter. Hilda was originally sympathetic to the Irish cause, but accepted the decision of the Synod to adopt Roman customs. Her allegiance to Roman observance was shown by the dedication of her monastery to St Peter, the apostle and first pope who was martyred in Rome, and a Whitby monk or nun composed a “Life” of St Gregory the Great, the pope who dispatched St Augustine to convert the Anglo-Saxons.

After being afflicted by burning fevers for seven years, Hilda died at Whitby on 17 November 680. Visions of St Hilda’s soul being carried to heaven by angels were a sure sign of her sanctity, and a holy day celebrated in St Hilda’s honour on the anniversary of her death soon found its way into liturgical calendars and was celebrated as far away as the Netherlands.

Whitby was among the monasteries destroyed by Danish, or Viking, raiders in the ninth century. St Hilda’s relics were rescued and carried to Glastonbury. The monastery on the Whitby headland was left desolate and deserted.

In 1070, the reputation of St Hilda for “peace and charity” reached across the centuries and touched the tormented soul of a Norman knight called Reinfrid. He had participated in William the Conqueror’s genocidal “Harrying of the North”, leaving him deeply traumatised. Reinfrid was so moved by the ruins of the Anglo-Saxon monastery at Whitby that he put aside his bloodstained sword and embraced the life of a monk, founding a monastery at Whitby in 1078.

But this was soon riven by division. Part of its community left to establish what would become St Mary’s Abbey, York, claiming ownership of not only Whitby’s lands and but also the true legacy of St Hilda.

At this critical juncture, the saint intervened in aid of the embattled Whitby monks. An early twelfth-century source describes how relics of St Hilda – her head, an arm and two ribs – made the miraculous journey from Glastonbury to Whitby, the marvellous occurrence leaving little doubt where St Hilda’s sympathies lay.

The Whitby community set about nurturing its association with St Hilda. The abbey was dedicated to her (and also St Peter). The east end of its church was rebuilt on an ambitious scale in the early thirteenth century, its glorious architecture providing a fitting setting for the relics of St Hilda, simultaneously proclaiming the power and prestige of the monks who lived and prayed under her patronage.

The saint also shaped the visual identity of Whitby Abbey. St Hilda’s image ornamented the seal attached to its official documents. A late medieval legend recounting how St Hilda rid the Whitby headland of venomous serpents provided the inspiration for the monastery’s coat of arms, which was emblazoned with three curled snakes. Their form was derived from the fossilised ammonites or “snakestones” that abound along the nearby coast. To the medieval mind, these surely gave credence to tales of St Hilda’s miraculous powers.

A late fourteenth-century manuscript Missal from the abbey leaves no doubt that the monks celebrated their titular saint’s feast on 17 November with the utmost solemnity. The mass for St Hilda’s day is decorated with glorious gold illuminations. The feast was equal in status to Christmas Day, the Missal instructing that the monks should don copes, cloak like vestments with sumptuous, embroidered ornament, for the processions and special services held in reverence of St Hilda.

The feast was also marked by merrymaking. The abbey’s financial accounts for 1394 record the purchase of 13 flagons of wine for consumption on the day. There was also feasting, expensive pepper enlivening the monks’ diet. A harpist and piper were hired to provide entertainment.

With such nourishment for the body and soul, even the bleakest of mid-November days at medieval Whitby must’ve been more than bearable. Inspiration, perhaps, for how to endure the lockdown of November 2020?