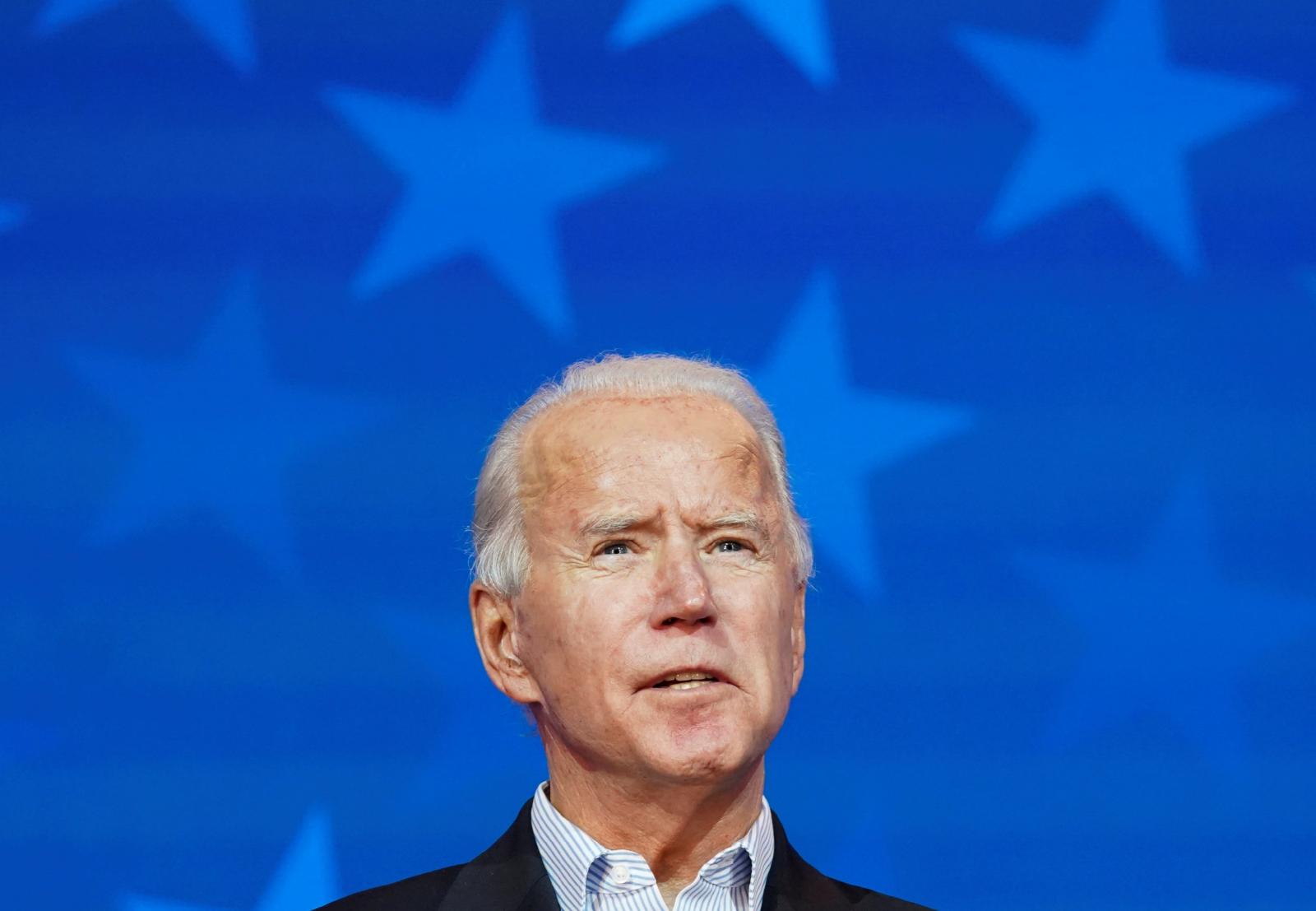 Hands up! The blushing monks flushed from 'opportunities to sin' at the reredorter 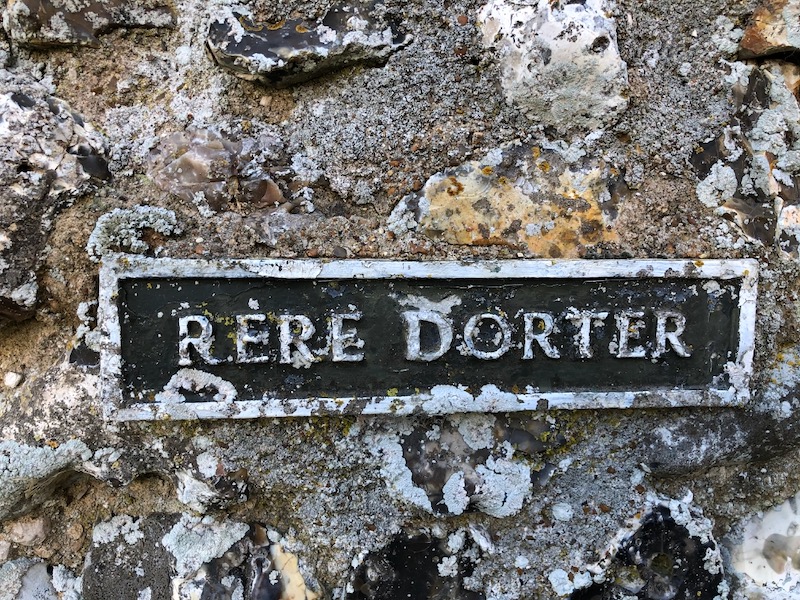 The communal latrines in medieval monasteries were known as reredorters. This is the old Ministry of Works reredorter sign at Castle Acre.
Michael Carter

Are there any nascent medieval architectural historians out there seeking inspiration for their Bachelors, Masters or even PhD dissertation? If so, I think I might have the perfect idea for you: the fascinating and rather neglected subject of – wait for it – monastic latrines.

I’ll readily admit that it doesn’t quite catch the zeitgeist of medieval studies in 2020 (think agency, gender, race, sexuality and various “theoretical” – and all too often, highly anachronistic – readings of the documentary, material and archival evidence). Nevertheless, it’s a subject that really gets to the fundamentals (or should that be, fundament) of our most basic human needs, as well as the realities of day-to-day life within monasteries, the ingenuity of medieval master masons, and also theological interpretations of the body, filth and noxious smells.

We all need to go, a fact recognised by St Benedict at the end of the sixth century in his influential Rule. This allocated the interval between the early morning services of Matins and Lauds for “the necessities of nature”. The building dedicated to such needs came to be called the “necessarium.” By the ninth century, monasteries on mainland Europe were starting to follow a standardised plan, with the latrine block attached to the monastic dormitory (“dorter” in Latin). This location caused prudish nineteenth-century antiquarians to coin the euphemistic term “reredorter” (the back of the dorter) to describe the communal monastic privies.

By the twelfth century, it wasn’t uncommon for larger monasteries to have communities numbering in excess of 100 monks. Vast latrine blocks were therefore needed to cater to their early morning needs. These adjoined the communal dormitory at first-floor level with an ingenious system of in-and-out doors helping to regulate the flow of the religious. Those summoned to answer the call of nature in the hours of darkness were guided to their easement by a lamp burning in a niche between these doors.

Individual timber cubicles were located along one side of these first-storey latrines. A sixteenth-century description of the layout and furnishings of Durham Cathedral Priory recounts how the monks’ privies consisted of seats of “wainscott close on either syde verie decent”. An idea of this arrangement can be gleaned from the monastic latrine block at Muchelney Abbey, which survives virtually intact, and where the fittings for the timber joists supporting the latrine bench and cubicles are still clearly visible.

Excreted matter dropped tens of feet into expertly built stone-lined sewers below. At Castle Acre and countless other monasteries, watercourses were diverted to provide a good flush and it’s a tribute to the technological knowhow of the monks and their master masons that water still flows through the latrine channels of several monasteries, including Byland, Hailes, and Rievaulx. When there was no reliable water supply – for instance at Battle Abbey, which was built on top of a hill – the latrines had to be mucked out or “scoured” by hand. Hired help was paid a generous sixpence a day to undertake this unpleasant task, the “night soil” used to fertilise the monastery’s crops. This use of human waste explains why our ancestors boiled their vegetables to the point of disintegration in order to render them safe to eat.

Urine was also a potentially valuable commodity, and when fermented could be used for laundry, dyeing and tanning. It was therefore too useful to go to waste and rather than being passed into a privy, was collected using ceramic urinals or “jordans”. Several have been excavated on the site of monastic latrines. Indeed, there are sound grounds to believe that the principal use of reredorter cubicles was the discharge of solid matter.

This brings up the delicate question of hygiene. Expensive paper wasn’t an option. Instead, rag, dried cabbage leaves, straw and moss all seem to have been used for the purposes of cleansing. As far as I’m aware, there’s no evidence of any monastic latrine block being furnished with a piped water supply for the purposes of hand washing.

The uptight Cistercians – who had regulations on everything – specified that their monasteries’ loos should be cleaned weekly. It rather churns the stomach to learn that the monks charged with this task were, erm, those allocated to weekly kitchen duty. One wonders whether the unpleasant noises and smells said to emanate from Abbot Ralph of Battle Abbey had more than a little to do with the inadequacy of monastic sanitary arrangements.

On the subject of smells, you won’t be in the least surprised to learn that monastic latrines acquired a reputation for noisomeness. In the late fourteenth century the monks at Westminster Abbey went to great trouble and expense to provide a lime and tile cover for the lay brothers’ cess pit in order to minimise the risk of olfactory distress.

Such smells had religious meaning. The devil, demons and the malign, animated corpses of the restless dead were believed to be accompanied by foul stenches. Indeed, the latrines were among the buildings blessed, or exorcised, during the Sunday procession held at Cistercian monasteries. A visit to the privy could also be a time of temptation and moral trepidation for those under monastic vows. Monks taking their ease were required to keep both hands visible at all times! Novices, teenagers training for the monastic life, were forbidden to visit the latrines alone and there are moralising stories of saintly abbots hiding in the necessarium to catch wayward monks in the “commission of sin”.

Monks and nuns valued privacy just as much as we do today. By the late Middle Ages, it was common for senior religious to live in their own apartments. Their medieval mod cons included en suite privies, or “garderobes”.  Especially fine examples survive at Cleeve in the rooms occupied by the monastery’s corrodians (lay people who paid a cash lump sum to retire at the abbey). With such comfortable amenities, it’s easy to understand why.

When the monasteries fell victim to Henry VIII’s religious reforms, the latrines provided a convenient place to dump anything that wasn’t considered worth plundering or scavenging, for instance shards of pottery, shattered glass, broken slates, damaged spoons, worn out shoes and bent nibs. Henry’s henchmen might be surprised to learn that their actions are one of the reasons why we known so much about medieval monasteries today. Much still remains to be discovered: where there’s muck, there’s history – and a cracking subject for research.