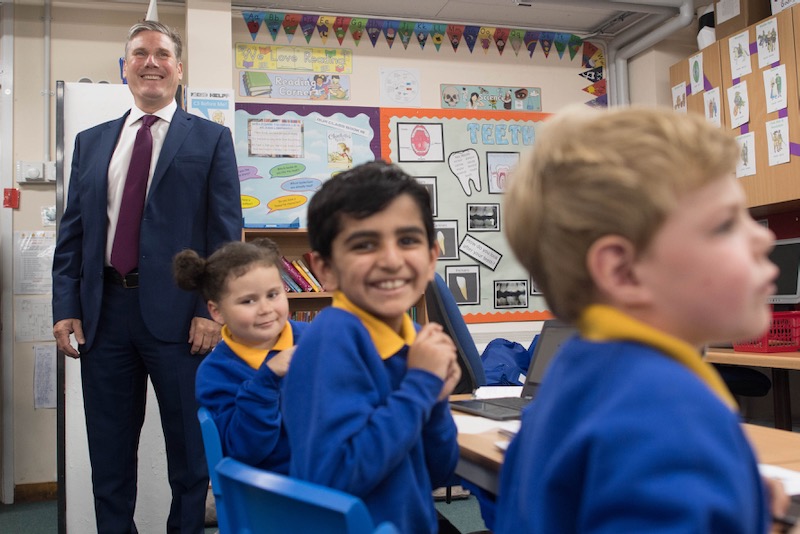 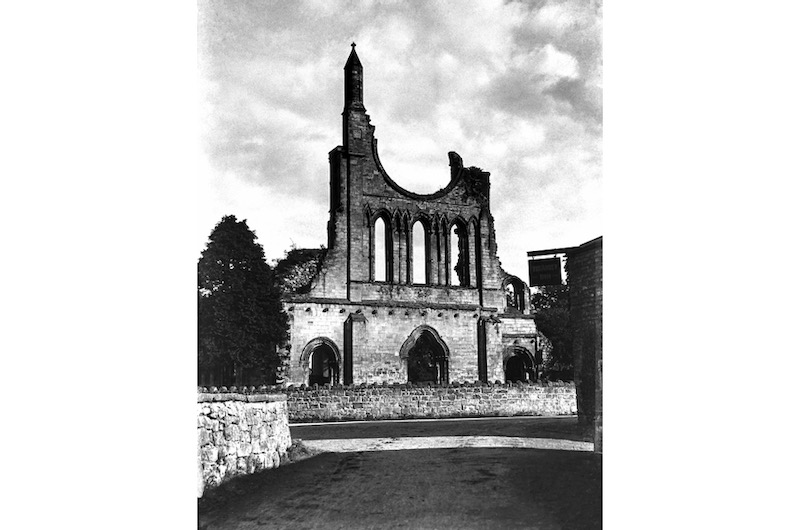 Magic lantern slide circa 1900 of Byland Abbey, once one of the greatest monasteries in England.
John Short/Zuma Press/PA Images

“The dead, by their very nature, are not able to involve themselves in the affairs of the living”, wrote St Augustine (d. 430). One of the most influential thinkers of the Middle Ages, the saint is counted among the four “Doctors” of the Latin, or Western, Church. But in spite of Augustine’s theological prowess, it’s pretty clear that many medieval Christians disregarded his teachings on the supernatural. In fact, the Middle Ages abound with ghost stories, and their most prolific authors were members of the monastic orders.

From the time of the Venerable Bede (d. 735) onwards, English monks were recording tales of ghosts, ghouls and goblins. This wasn’t simply because they were especially fond of the pleasing terror afforded by a spine-chilling tale of the supernatural. Rather, the stories they set down on precious vellum had moral and didactic purposes. They reaffirmed the belief system that underpinned the monasteries and their place in medieval society, especially the efficacy of the services sung by monks and nuns for the release of the sin-stained souls of their patrons from the pains of Purgatory. It’s a point that’s all too apparent in twelve late medieval ghost stories from Byland Abbey (North Yorkshire).

Byland was one of the great Cistercian monasteries of medieval England. The monks arrived there – appropriately enough for the subject of this column – on the Vigil of the Feast of All Saints (I’m sure you don’t need telling that’s the 31 October, aka Hallowe’en), 1177. Soon after, Byland was described as one of the “shining lights” of religion in the north. The abbey’s own chronicle recounts how the monks built a “large and beautiful” church, its multiple altars used for the celebration of Requiem Mass for the salvation of the souls of the monastery’s many benefactors. Not for nothing were the Cistercians regarded as “the surest road to Heaven”.

But as the abbey’s ghost stories make clear, souls often needed help on their path to Paradise. Written in around 1400, they first came to widespread attention thanks to Montague Rhodes James, Cambridge medievalist and widely accepted as the greatest purveyor of the English ghost story, who in 1922 published a transcription of the tales in The English Historical Review, a leading learned journal.

Most of the stories have explicitly pious overtones. Many are almost formulaic in their content and structure: the supernatural element usually centres on a ghostly, shape-shifting apparition (including fearsome horses and dogs, a burning bundle of hay and a flapping piece of canvas), which is commanded or “conjured” to appear in human form. The spectre then tells of the actions needed to secure its salvation. The individual to whom the ghost appears ensures that the appropriate deeds are undertaken and prayers or Masses are said for the tormented soul, which is duly released from its tribulations and finds peace.

There can be little doubt that the anonymous monk who penned the stories believed them to be true; many describe haunting in the recent past, some prefixed with remarks such as “the old people tell”. They’re very much a local collection, for the most part set in the fields, lanes and villages that border the monastery. As we’ll see, in one instance, the ghostly events even unfold within Byland’s own cloister.

The ghostly protagonists range from local gents to peasants and priests. The ghoul in the first story is a hired servant from nearby Rievaulx Abbey. Another of the tales involves the troubled spirit of a recently deceased canon from Newburgh Priory, a few miles from Byland, which had its own tradition of ghost-story writing. This tale would’ve left the Byland monks under no illusion that even those under monastic vows would face spiritual torment should they die with the blemish of unconfessed sin on their souls.

There’s no doubt that the stories’ living characters found their supernatural experiences genuinely terrifying. But the beliefs of medieval Catholicism provided both comfort and protection. The hero of one of the sagas is a tailor who rejoiced in the name Snowball. Confronted by not only a ghost but also several demons, Snowball assembled a formidable spiritual armoury consisting of a crucifix, gospel books and four reliquaries.

Snowball sickened for several days after his petrifying experiences. In this he was not alone. Several other stories describe how people were left gravely ill after discharging the services demanded ghosts.

But this harm was nothing when compared to the malign deeds of the fiend in the most disturbing of the Byland stories, a figure who, unlike the ethereal spirits in the other tales, takes solid, bodily form. This ghost can therefore be classified as a “revenant”, one who returns, the undead. Revenants were believed to be evil to their rotting cores and have their origin in the supernatural beliefs of early medieval northern Europe and Scandinavia.

The spine chilling Byland story recounts how the body of a priest called James Tankerley rose at night from its earthly sepulchre in the cloister at Byland and travelled the six miles to Cold Kirby where it maliciously gouged out the eye of its former concubine. The undead neither sought nor could be appeased by pious services such as prayers and Mass. The only remedy was the annihilation of their foul, often blood gorged, pestilential remains. The abbot and monks of Byland therefore exhumed Tankerley’s undead corpse and plunged it in a nearby lake.

Other forms of disposal involved burning, decapitation, the removal of the heart and the piercing of cadavers with pointed stakes. You don’t have too travel far from Byland to find tangible evidence of these practices. Analysis of human remains buried in unconsecrated ground on the fringes of the deserted medieval village at Wharram Percy, 25 miles or so from Byland, has shown that its inhabitants frequently took such drastic action to protect themselves from what they clearly believed to be the animated remains of the restless dead.

As you might have guessed, I’m a big fan of medieval monastic ghost stories. It’s not just because they provide a satisfyingly spooky autumn read. They also get to the very core of medieval beliefs concerning death, commemoration, salvation and the purpose of the monasteries. The dead – even when restless – really do bring medieval abbeys like Byland to life.

Click here to read the Byland ghost stories in English translation and the original Latin.