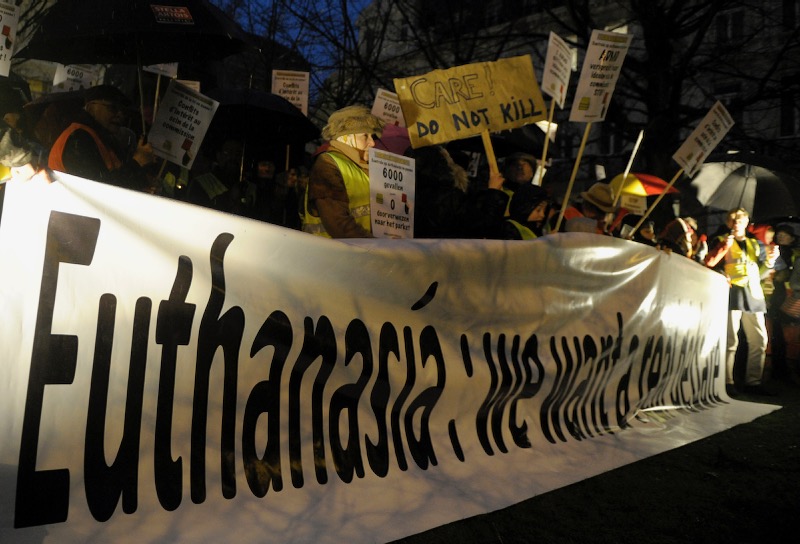 The spiritual and existential challenge of caring for the dying

The fear, compassion and strength I saw in one Mexican refugee camp 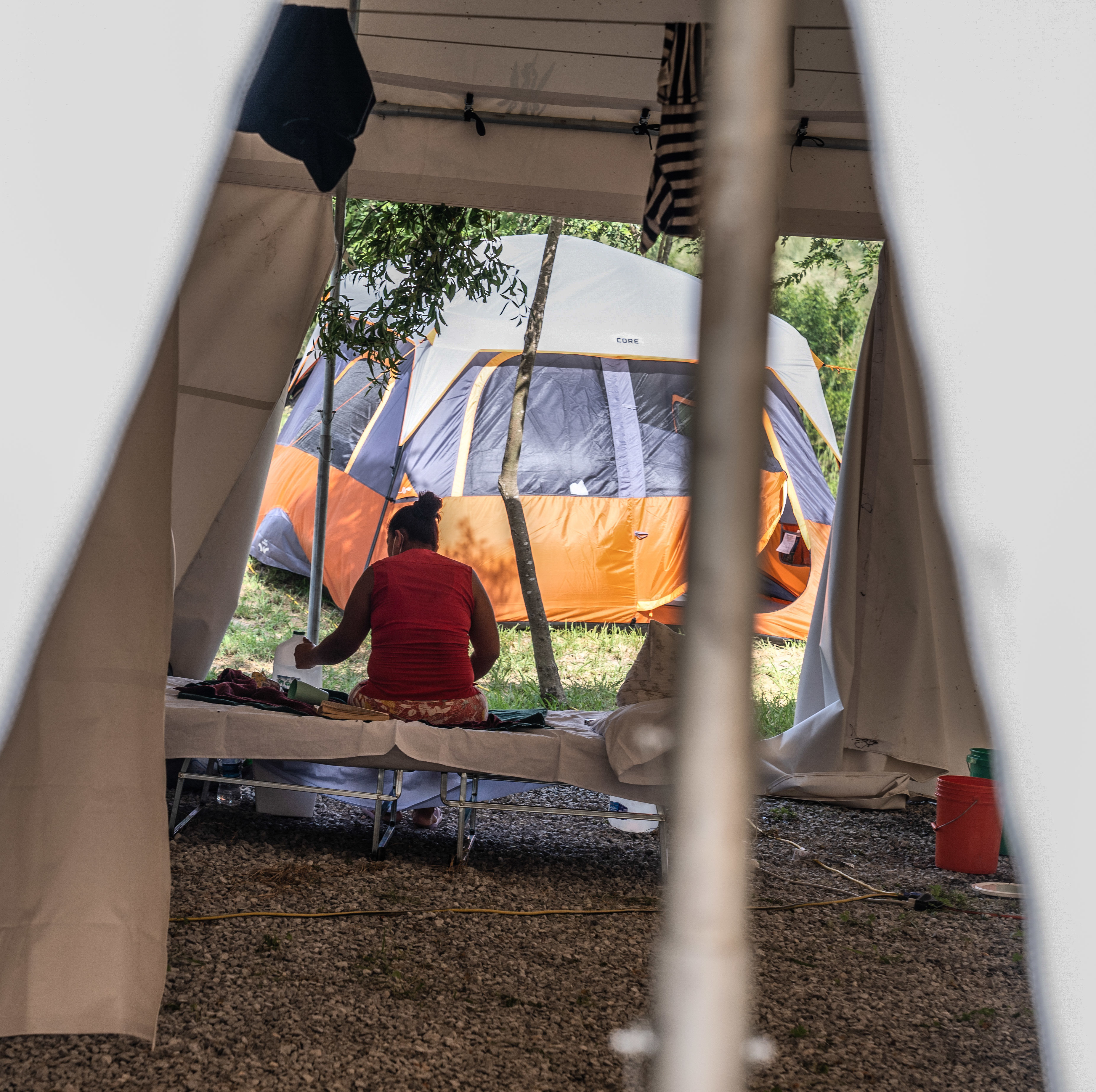 A woman from Honduras who has tested positive for coronavirus seen in an isolation tent where she will be kept for 2 weeks, Matamoros, Mexico, 13 Jul 2020
SOPA Images/SIPA USA/PA Images

At the Matamoros refugee camp, on the Mexico-US border, a distressed woman recently held out a pink mobile phone to show me a blurry photo. Sister Norma Seni Pimentel, an American nun working at the camp in Mexico, translated the woman’s emotional words:
“If you want to leave the camp you’ve got to pay [the cartels]. If not, this is what can happen to you.”

The woman’s photo displayed the body of a man, young enough to be her son, face down in the Rio Grande, which acts as a boundary between Mexico and the United States of America.

The 22-year-old victim had been her neighbour for months in the makeshift camp where she and around 1000 other refugees and displaced people from Latin America have been surviving in tents for more than a year. They have escaped brutal conditions at home, only to find themselves trapped by US legislation in a limbo filled with mosquitoes, snakes, rats and at the mercy of criminal cartels who extort, rape and kill the camp’s vulnerable residents with impunity. Around 50 percent of people in the camp are children.

As Catholics around the world mark the 106th World Day of Migrants and Refugees with its theme chosen by the Holy Father, “Forced like Jesus Christ to flee”, this year’s focus on pastoral care of displaced people surely resonates deeply with anyone who has witnessed the desperate conditions those fleeing violence and horrors are forced to endure. People who make arduous and traumatic journeys to seek asylum are too often denied the safety, to which they should be entitled under human rights laws and treaties.

In the US the use of so-called “Migrant Protection Protocols” introduced last year, mean asylum seekers entering or attempting to enter the country from Mexico can be pushed back to Mexico to await a decision on their application. With the arrival of Covid 19 the system ground to a halt, forcing vulnerable people to spend months in territory run by extremely violent cartels.

Their daily survival relies on the care and compassion of people such as Sister Norma and other small local organisations who strive to ensure that the refugees have access to the bare necessities such as food and latrines, and recognises the need for human dignity. A small chapel, set up inside a tent, offers spiritual sustenance.

My visit to Matamoros earlier this month was the first I’ve made to a refugee camp in the Americas. But as an Italian, living and working in Europe where my husband and I founded the Migrant Offshore Aid Station (MOAS)  - a link to our website can be found here.

in 2014 going on to support the rescue of over 40,000 vulnerable migrants during dangers Mediterranean crossings, I am, sadly, no stranger to witnessing first-hand the plight of refugees and displaced people.

Our response in the Malta, has relied greatly on the good will of local volunteers who have supported in everything from hospital visits to provide support to those saved from over-crowded or capsized dinghies to making masks for migrants to help them defend themselves against the pandemic.

In 2017 I travelled with MOAS to support the relief effort in Cox’s Bazar, Bangladesh as over 730,000 Rohingya Muslims fled over the border in just a few weeks to escape a genocidal campaign of violence against them in Myanmar.

The district, where I regularly visit, is now the site of the world’s biggest refugee settlement, teaming with UN and other major international aid agencies, but it was local residents who ensured the refugees’ survival in the earliest days. Cox’s Bazar is one of the most impoverished regions of Bangladesh, yet that did not prevent people from opening their hearts, providing food and following their spiritual faith to support desperate people in need.

One of the things that shocked me most when I arrived in Matamoros was the grim similarity between the desperate conditions imposed on the refugees on the American/Mexican border and those on the Bangladesh/Myanmar Border.

How, I wondered, could the US, a country that holds itself to be a great superpower, be unable or unwilling to provide better conditions than those offered by Bangladesh, a still developing nation?

In forcing the refugees back into Mexico, the USA’s Migrant Protection Protocols certainly do not offer migrants any form of “protection”. Instead, they violate international laws banning refoulement or “push backs” agreements aimed to ensure the world’s most vulnerable people are not forced back to countries where their lives are endangered.

I urge the United States, and all other nations who refuse to allow refugees safe entry into their countries to apply for asylum, to uphold international protocols.

In Christianity, the metaphor of the shepherd caring for their flock provides great inspiration for all who would care for those in need.

Yet, we should not disempower refugees by thinking of them as weak like lambs. Many of those I met at Matamoros were exceptionally strong. They were survivors of terrible events who have found ways to maintain their independence and dignity: I think of one widow I met in Mexico who had escaped to the border in fear for her life after her husband’s death. A proud cook, she has set up a tiny business making and selling donuts to her fellow refugees.

But anyone forced to flee their home is vulnerable. I believe we have a responsibility to offer compassion and care to all people regardless of faith or nationality.

And as citizens of the world we should not hesitate to speak out when governments of any country seek to throw refugees to the wolves with policies that leave them at the mercy of criminals, traffickers and warmongers.

Regina Catrambone is an Italian philanthropist, co-founder of Migrant Offshore Aid Station, a non-governmental organisation specialising in search and rescue at sea.