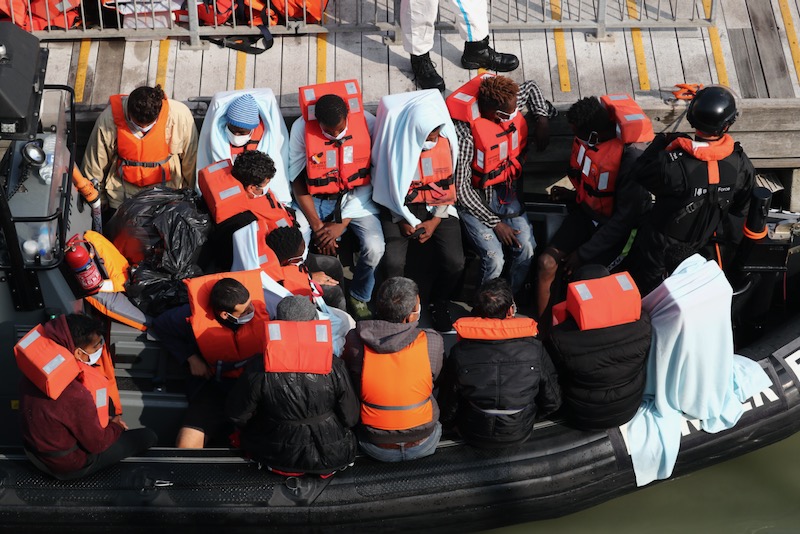 On migrants, our government should be guided by Christian morality

Language, learning - and the recording angel 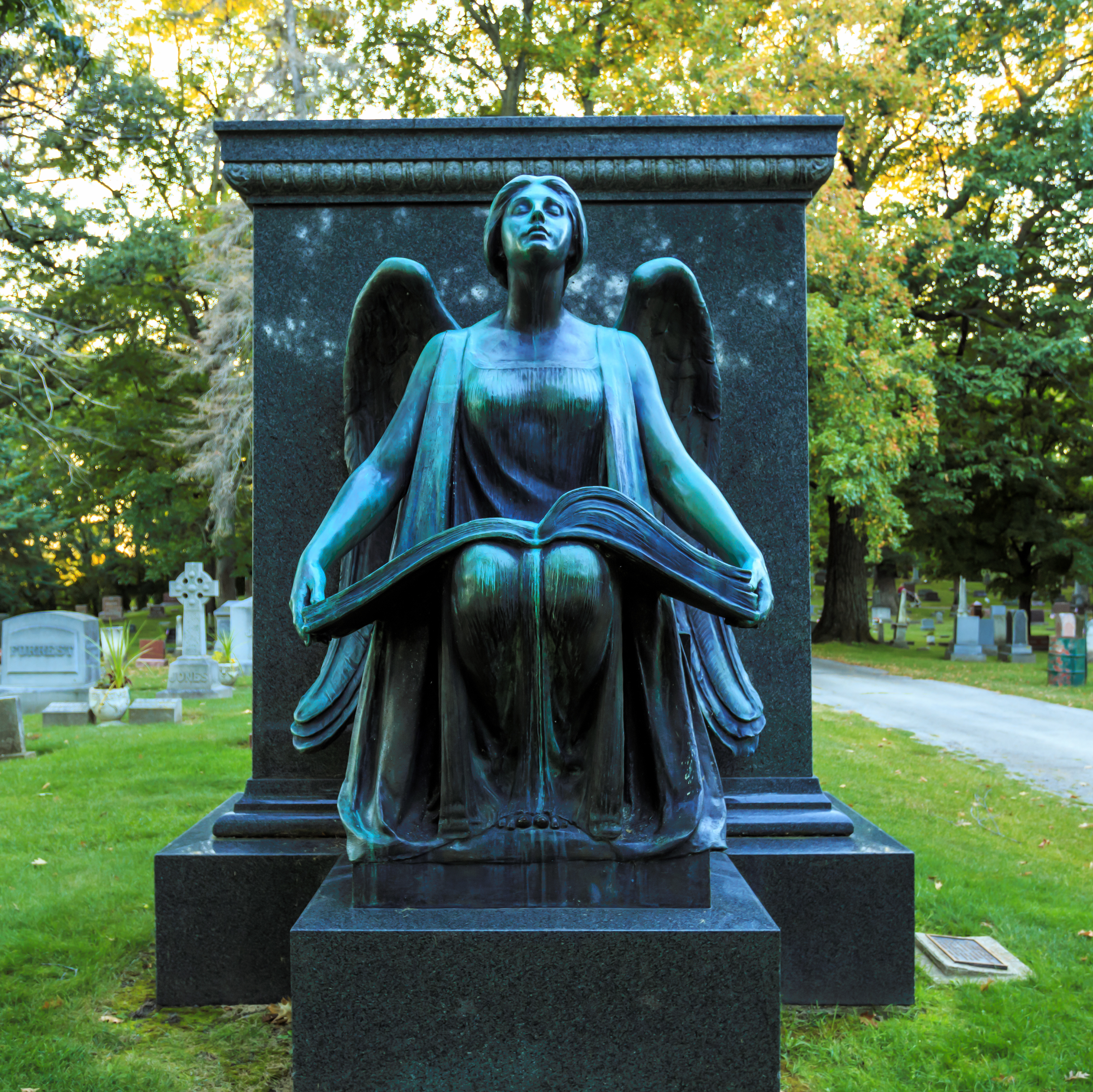 The British Library has decided to keep a collection of short pieces of writing sent in to Radio 4 during lockdown, known as The COVID Chronicles.  I have heard a few of these, some arresting, some not; but obviously choices have been made about which pieces to voice up, record and broadcast.  The Library, though, is planning to keep all the submissions, as a resource for future historians or interested people to draw on.  Contemporary records of lived experience are only raw material for history, but they can illuminate a moment as nothing else can.

Last Christmas, my youngest son Edmund gave me a hardbacked notebook with 2020 on the front, but it wasn’t a diary, just blank pages.  I asked him what it was for.  He said he just liked it as an object, and he thought I might like to have something to write in, ‘like a journal or something’.  It’s strange to think now of what sort of thing he and I both imagined might be going on this year, compared with what is actually happening.  I put it on a shelf and left it for a moment when I would have more time (it’s still waiting).  I’ve never been good at keeping a diary (I find it hard enough to keep a note of future engagements), but I do keep my calendars from year to year, not just because of the beautiful pictures, but also because it’s a record of (some of) what happened.  It helps me to remember.

Some people have indeed written journals of their life in lockdown, and some of them are now moving towards print, testing the water by short articles based on the diaries.  I have to say, I suspect an awful lot of post-hoc alteration, though, because what I remember about the early stages of lockdown is confusion and several changes of direction, to try to deal with the practicalities.  Any philosophical musings would not have been framed until much further down the line.  I remember Margaret saying one day that she wished she had written even just a daily note on how she was feeling and what was happening, but she didn’t (too busy writing job applications).   She regrets that she now has nothing to put her finger on for March and April; during lockdown, time became oddly featureless, with whole months passing without any salient points to count from.  Our professional writer, Mary, is busy with her work, and not producing any sort of journal as far as I know, though I expect a couple of poems will emerge eventually.  When people are living in strange circumstances, especially if everything seems outside their control, it’s difficult to find the time to write, still more to keep on writing while waiting for things to change or to fall into some sort of shape.

And that is a pity, because it’s so easy to forget the things that happen, even when you aren’t sure what day it is, even when nothing much seems to be going on.  Memory is a wonderful faculty, but it’s shockingly unreliable, and extremely limited.  You aren’t even aware how much (or how little) you remember most of the time, until a photograph or a chance remark from someone else triggers a recollection of something you had forgotten entirely.  Of course, it can be a good or a bad memory; but the feeling triggered will be acute enough to make you wince or laugh.  Memory is powerful.

When I started having my children, we were living abroad, and both sets of grandparents felt very far away.  Rachel was the first (and only, for nearly two years) grandchild on both sides.  Our chances to send letters were limited, and the phones (sound only) were bugged;  Skype, Zoom and Facebook didn’t exist.  We bought a Polaroid Instamatic camera and took two photographs of our beautiful baby each time there was an opportunity to send letters home.  When she got bigger and started to talk, I was enchanted by the things she said, but it was really difficult to remember them, no matter how impressed I was.  My mother said, ‘Write them down!’, and I tried to, but there wasn’t always a bit of paper nearby, or I lost the scraps later.  Luckily the solution was at hand.

We had a Baby Book, a present when she was born, I think, to keep a record of her measurements, immunisations and illnesses.  It also had pages with naff little titles : ‘Baby’s First Smile’, ‘First Steps’, even ‘Baby’s First Sorrow’, which I didn’t like;  but there was plenty of space.  So I started writing down the things Rachel said, no details or scene setting, just the actual text.  On a really good day, I remembered to put the date, but not often.  We kept the Book in the kitchen.  It got a little grubby and grease-stained, but it meant it was there so that I could grab it quickly and jot things down.

Babies learn to talk so fast!  We made a list of the real words she could use at twelve months,  as well as the special words (some of which are still in family use : ‘looplum’ was Rachel’s general word for cooked meat, ham etc; anything you couldn’t eat, skin, peelings, pips, gristle etc was ‘skits’);  then her first sentences, not always comprehensible outside the family to begin with;  but her use of language snowballed and I know that the notes I made were nowhere near keeping up.  However, we got so much pleasure from rereading them that we repeated the attempt with the others.  I took the books out of the larder to check something for this blog, and the entire household sat down and went through them all, swapping from child to child, and hooting with laughter.  How I wish I’d made more notes at the time.  From their first ingenious inventions (ice cream was called ‘fresh air pudding’, Rachel, around 2), to book titles (The Princess and the Pea was called ‘The beautiful Princess in the Top Bunk’, Margaret, 3), to important questions (When Granny lost her voice, who had tooken it?  And where did they put it?, Margaret, 3).  Unfortunately I haven’t recorded the answer I came up with; but I wouldn’t remember any of this if I hadn’t written it down.

Some of the most fascinating remarks give a slight insight into how a child is learning how things work, especially how language works (‘I like that noise woooo! It’s like children saying fireworks’, Mary, 2+) and how the world looks to small children (‘I need to eat dinner so that I grow up and touch the ceiling like Mummy and Daddy’, Mary, 3).  They make jokes from a young age too : ‘Look Mummy, it’s a rain-deer’, Peter, 3, throwing a stuffed antelope into the stairwell.  Sometimes they are trying to work things out (‘Once there was a ponatime, and then there were two ponatimes’, John, 2).  One of my favourites came from Mary, aged three and a bit, bringing together oysters and babies : ‘Babies pearl inside their mothers, don’t they?’

It’s worth continuing even when they are bigger, especially as small cradle Catholics have odd ways of looking at the world.  ‘I don’t understand about it.  There’s Heaven and there’s Hell and in between there’s Coventry and most people have to go to Coventry….?’, Edmund, 6, though he was not alone in his confusion.  Rachel said sadly, aged 10, that she didn’t understand about ‘pugerty’, and I gave a long and careful explanation about puberty (she was my first child, after all), but she corrected me : ‘No, there’s Heaven and Hell, and Pugerty’, so we had to start again.  Peter kept trying to consecrate what he was eating (‘This Weetabix is my body and this powinacup (drinking chocolate) is my blood’), though the girls dutifully never did.  Sometimes you can’t imagine where things have come from : ‘God’s up in the sky like a most delicious bird flying high over the mountains’, (John, 2 and a half), but I’m so pleased I wrote them down, and I look at the pages still blank in the books and keep on wishing I had written more.

Like Paul Jennings (the British dead one, not the Australian alive one), in his poem In the Beginning, we have preserved some of the children’s words long after they outgrew them, and every now and again there is a phone call checking whether something is a ‘real’ word or ‘just one of ours’, but like the instant traditions, a family idiolect is one of the things which sticks the family together.  It’s a string which keeps us connected to our shared past.  Keeping a record is very important, and in many ways the plainer it is, the better, the more accurate at the time.  I don’t have context for any of the sayings in the baby books, but I also know that I haven’t edited or changed them, just scrawled down what I heard one day (the occasional date is really helpful).

Watching how much pleasure the children find in rereading these limited records, I wonder whether my basic concept of the Recording Angel needs revising.  This angel was usually presented as a minatory, stern figure, looking out for what you did wrong, so that he (always a he) could write it down, which would lead to trouble later.  But just as God’s vigilance is more a case of not wanting to take his eyes off us, maybe the Recording Angel is writing down all the delightful or thought-provoking things that we would enjoy having brought back to our memories, recalling and sharing.  However limited, keeping a record of the children’s words has brought me great pleasure, and now they are old enough to read it for themselves, I see the record joining the past to the present, like a pass-the-parcel of shared happiness.