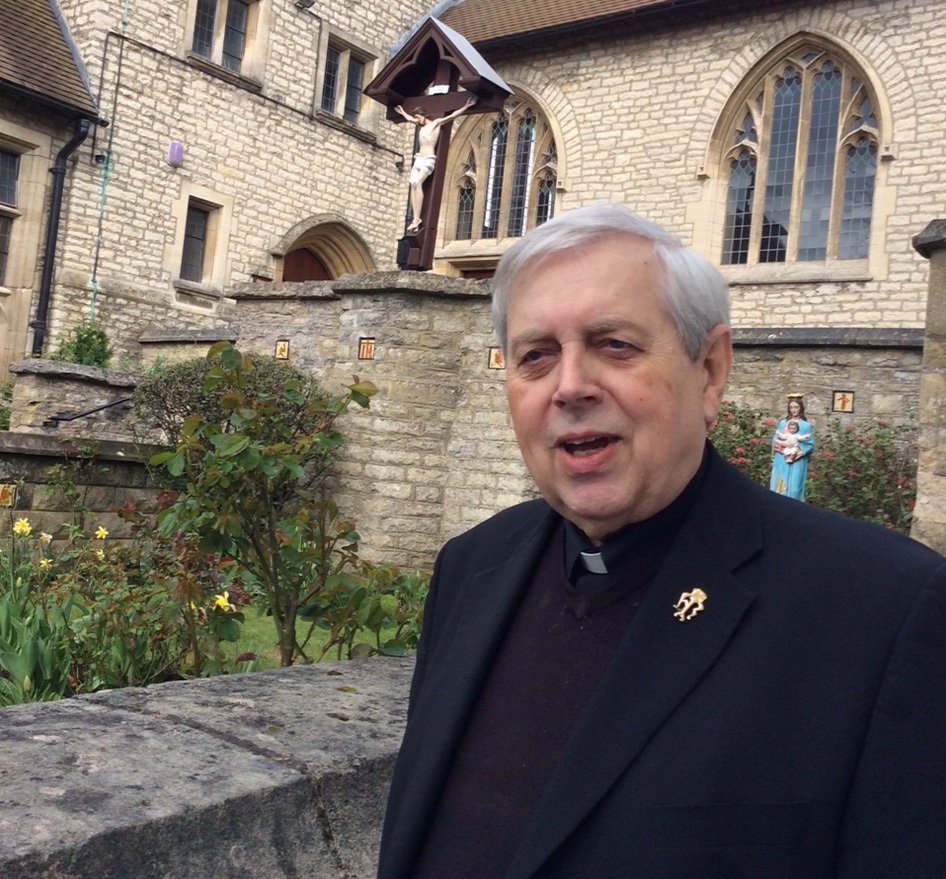 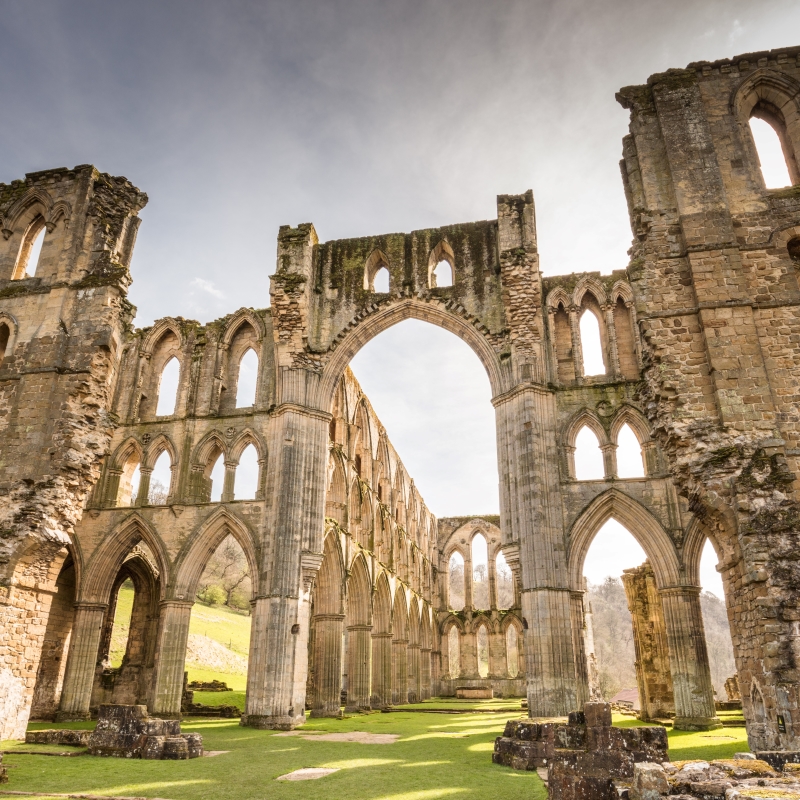 The nave of the now-ruined Abbey of Rievaulx
Wikimedia Commons

“High hills enclose the valley encircling it like a crown, these are clothed in trees of various sorts, preserving in pleasant retreats the privacy of the vale”. This atmospheric mid-12th-century evocation of the secluded setting of Rievaulx Abbey (North Yorkshire) still resonates to this day. Rievaulx is one of the great monuments to the human spirit, a place where people have found peace and contentment for the best part of nine centuries.

From 1 August, visitors are once again welcome at the abbey after its enforced closure due to Covid-19. The date of reopening could hardly be more appropriate, as it coincides with the feast day of Rievaulx’s founding abbot, William, which was celebrated by the monks on 2 August.

One of the forgotten saints of medieval England, William’s extraordinary life and saintly cult illuminate the dynamic vigour of the monastic reform movement that gripped Europe in the early 12th century. William was born in Yorkshire in around 1100. As a young man he journeyed to central France to become a monk at the Cistercian monastery at Clairvaux, then under the leadership of St Bernard, one of the greatest thinkers and monastic leaders of the Middle Ages.

In 1131 William returned to his native land, leading a group of 12  austere, white-clad Cistercian monks sent by St Bernard to spearhead Cistercian colonisation of northern England from their monastery at Rievaulx. William and his abbey soon gained a reputation for exceptional holiness. By the time of William’s death in 1145 its community comprised 320 men, their number including Aelred, arguably one of the greatest churchman of 12th-century England and himself a future saint.

It was still possible at this time to recognised as a saint without official canonisation by the papacy, and the cults of many holy persons, especially in the monastic orders, sprang up spontaneously. This is exactly what happened in the case of William, a tonnage of hagiographical evidence testifying to his veneration at Rievaulx as a saint.

Tangible evidence of this can still be seen at the abbey. When Aelred became abbot of Rievaulx in 1147, he a set about rebuilding the chapter house where the remains of William had been laid to rest. The planning and architecture, unique in England, directly reference basilica churches in Rome erected above the relics of early Christian martyrs. The building was intended to emphasise the holiness and sanctity of William whose relics it sheltered.

Visions also testified to William’s sainthood. An early 13th-century source describes how Waldef, abbot of Melrose in Scotland but a monk at Rievaulx during William’s time, was sitting in Rievaulx’s cloister one sunny afternoon. His peace was disturbed only by the gentle gurgling of the fountain and birdsong. Waldef saw a shimmering white-clad figure approaching him, which duly identified itself as William, Waldef’s erstwhile friend and abbot. William had a brilliant crown upon his head, his garments resplendent with jewels. William was accompanied by several similarly clad figures, who he explained were his brother monks, each of the jewels adorning their attire indicating a soul saved by their prayers of intercession. To the medieval monastic mind, the details of the vision left no doubt that William had secured a place among the holy company of heaven.

Following his death in 1167, Aelred was interred in the chapter house at Rievaulx, a contemporary stating that his body was laid to rest next to “the venerable and saintly” William. Not long after, an anonymous monk of Rufford Abbey (Nottinghamshire), an off-shoot or daughter house of Rievaulx, composed an epitaph for William, lauding his many virtues and praising him as “wholly apostolic.”

The relics of the two Rievaulx saints rested side by side in the chapter house until around 1220 when the east end of the church at Rievaulx was rebuilt on a magnificent scale to provide a fittingly grand setting for the bones of St Aelred. These were enshrined in a precious metal casket above the high altar. William’s relics were moved – or translated – in 1250 to a specially built stone shrine by the entrance to the chapter house. Carved into the shrine was a Latin inscription, reading in translation, “Saint William Abbot”. The remains of the shrine can still be seen. Clustered in front of it are the tombs of local bigwigs who doubtless hoped that burial in such a holy place would help secure the salvation of their souls.