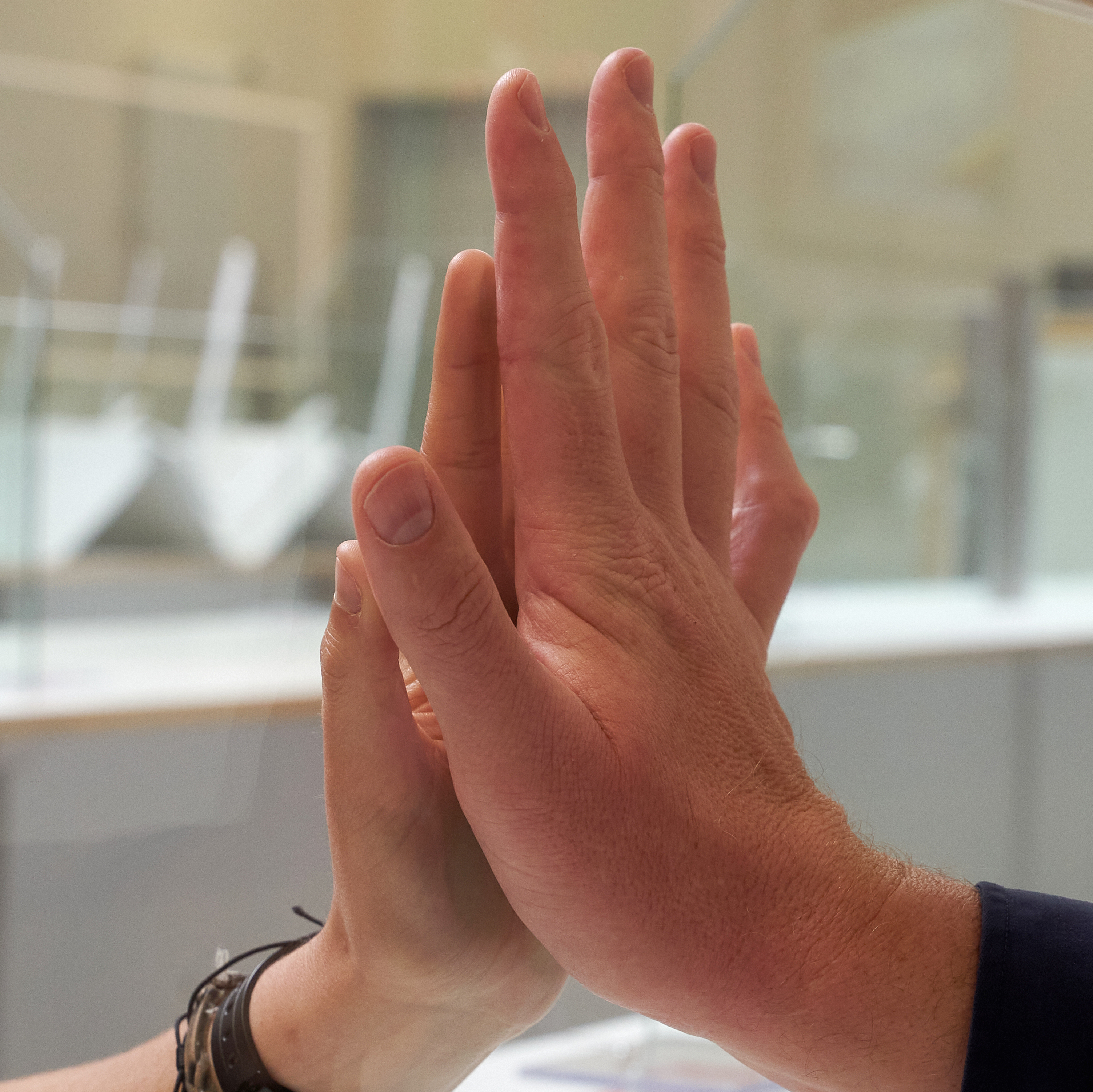 Broadcasting a message of hope in prisons

Interruptions and interactions in lockdown 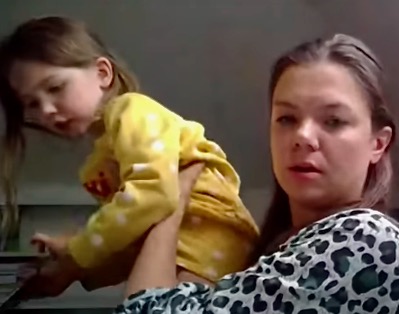 Dr Clare Wenham was giving an interview to the BBC News Channel on local lockdowns when her young daughter interrupted.
Youtube screenshot

There have been various ‘small child interrupts livestream interview’ memes going around recently, and it’s one of the things which really seems a problem to some people newly working at home.  Most of the others watching such interviews or attending the meetings don’t seem to mind.  The old advice about never acting with children or animals was based on the assumption that they will always steal the show, so the main problem is that everyone will be so charmed with your child that they will not pay attention to what you are saying (and it must be infuriating to get so many more hits for something cute and accidental than for the information you have worked hard to produce).  Homeworking women have always been particularly afraid of on-screen interruptions for fear that they might be made to look somehow unprofessional or less committed, so I think it’s quite a good thing for newly-homeworking fathers to realise that it’s not always easy to keep children away from you for what seems to them like trivial reasons.  Of course needing to ask permission for two biscuits is more immediately important than your parent talking to the computer, because they are always doing that anyway.

Interruptions seem to be a constant feature of lockdown life.  I hadn’t realised, until they all stayed at home, how much I relied on everyone else going out for time to myself.  Conversely, I have realised how much people who don’t work at home apparently need to create their own interruptions.  My husband likes to wander around the house between phone calls.  He also expects to be brought tea and conversation at regular intervals, though he will deny this (while drinking it).  I’m trying to encourage him to go and engage Rachel in these conversations, but she’s on a different floor, so that’s not successful, as he’s convinced that he’s only stopping work for a couple of minutes.  Mary makes her own drinks at different intervals from the others, but calls in to chat on her way up and down the stairs.  Even John, who thinks that tea is the devil’s brew, will come out and talk to me if he hears me going into the kitchen to start getting the dinner.  Today was a red letter day, as Rachel was allowed out of her room and down into the kitchen for the first time in months, but that means that instead of a plaintive little voice floating downstairs demanding tea or a steam cup at intervals, she now calls in to tell me about it.

My workroom (I call it the music room, the children still call it the play room) is opposite the end of the staircase, easy and convenient to call in on.  I tried shutting the door, but then it is carefully opened and propped open by helpful others, so that Rachel doesn’t need to touch too many doorknobs.   We all love to share nuggets of new information and things we have just discovered, which is why Margaret always gets to read one of the magazines before I do, so that I can be interested when she tells me bits of it.  I like to think that I do my sharing at meals or after work, but I’m sure the others would not always agree.  I am beginning to think that interruptions are as basic a property of living things as respiration and movement, but perhaps it counts as response to external stimuli.  Maybe that should be called irritation.

When you read about the difficult situations in which some people work, getting irritated by interruptions seems self-indulgent.  Ronald Searle produced sketches of daily life in a Japanese prison camp (and managed to keep them hidden until it was safe).  There are grievous stories of Victorian female novelists (much under-rated), writing in a room with an ill or dying child under their care (Margaret Oliphant, Mrs Gaskell).  Writing was one of the few possible ways of earning a living (more or less) respectably, so widowed impoverished mothers just rolled up their sleeves and had a go; but it can’t have been easy.  Later, at least Enid Blyton and Edith Nesbit could afford staff to give them peace to work, but most people can’t.  Trollope got up very early every work day to write before going to his day job, but he obviously could manage on less sleep than I seem to need.

I don’t recall interruptions being as much of a problem when the children were little, and I think there are two reasons for this.  The main one is that I wasn’t trying systematically to do something else, and now I am.  The second one is that you can always engage a small child in what you yourself are trying to do, so long as it’s not silent or intricate.  There is still a box of dominoes on top of the fridge, as an instant small building bricks distraction, along with the plastic mosaic tiles and the huge box of fridge magnets.  We used to play jolly games of sorting socks, washing and peeling potatoes (I have introduced so many potatoes to so many children before going to work on them, I am surprised that there isn’t more evidence of trauma), and so on.   Once they all were going to school, there was a set amount of time before fetching them home, and I became very efficient at using that time.  Now no one goes out much, but they are used to being in workspaces where people come and go, so they go hunting for their accustomed level of ebb and flow.  And they are too big to fob off; and they each think they are the only interruption that has happened to me since their last one, so I should be grateful.

And I am; both grateful and interested in what they want to share with me.  I just wish they were better at choosing their moment.  In addition, in the house there are so many interruptions which aren’t human.  If the washing machine finishes, you have to empty it, and get the washing out on to the line.  When it rains, you have to bring it in again.  If the bread has finished rising, you need to move it on to the next stage.  If the cooker timer rings, you need to get the food out, or it might burn.  If the doorbell goes, someone has to answer it; the two members of the family who are physically nearest aren’t allowed to meet outsiders, and the rest are nowhere to be seen.  Unless the doorbell throws another wobbly, when it’s all hands on deck, unless you’re currently on the phone.

I mentioned, in the heat of the moment, a week ago, that I was planning to write about interruptions,  and some of us have been making guilty little jokes ever since (while still interrupting).  Once I’d decided to see whether it would work, I wrote the word ‘Interruptions’ at the head of a page, and then it was three days later before I managed to write anything below it.  Margaret was sitting quietly in a corner of the room for a couple of hours two days ago, and I had obviously sensitised her to noticing the interruptions by mentioning them.  Each time I made it back to the computer after an interruption, someone else came in within minutes.  Margaret got to the point where she started laughing as soon as anyone came in (which made them very nervous).  It is very funny to watch, and it is lovely to feel so central (she says through gritted teeth).  But it’s clear that different people just do work differently.  Like Greta Garbo, I want to be left alone.  I like to sit quietly and work through my ideas with my books and my computer.  I do talk to myself a lot, like many people who (used to) spend a lot of time on their own, so perhaps interrupters are under the impression that they are joining an on-going conversation.  My husband, on the other hand,  likes to move around, discuss things, argue, project, absorbing energy from any outside source to adapt and organise his ideas before synthesizing them into a piece of work.  He needs interaction; I am perpetually trying to stop it.  He and I are fundamentally incompatible, as we have been learning for more than forty years.  By now it probably reflects the way we have learned to do things as much as an in-born difference of approach, but it’s more difficult to reconcile these two work-styles in the same house than when he’s working somewhere else.

In the end I have a sneaking suspicion that this may in fact be just my selfish reaction to everyone invading my little empire, so I should stop being mean about it and embrace the interruptions.  Only then I would never get anything done, except the boring necessary bits.  It’s just as well that God walks among the pots and pipkins, because that’s inevitably where he finds people.  I may need to come back to this later,