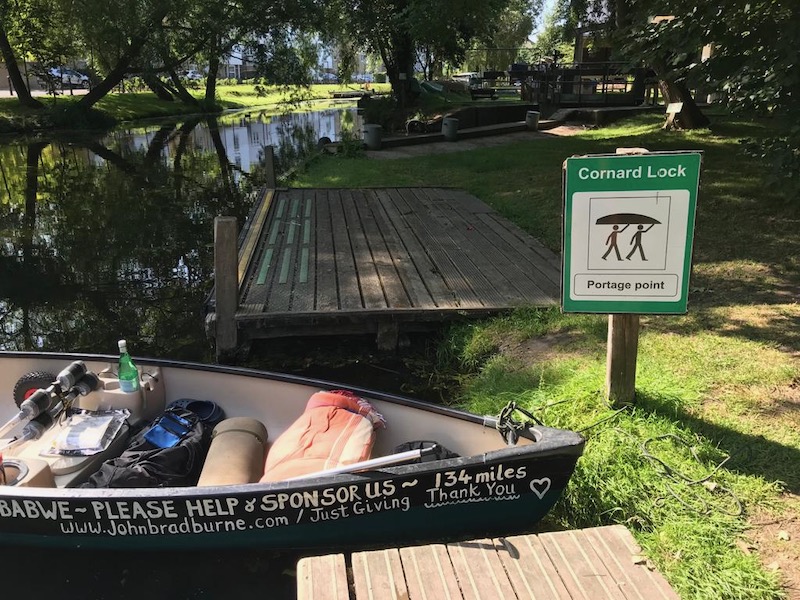 Raising funds for leprosy care: the first day's 'paddle out'

"Keeping in touch" with God and each other 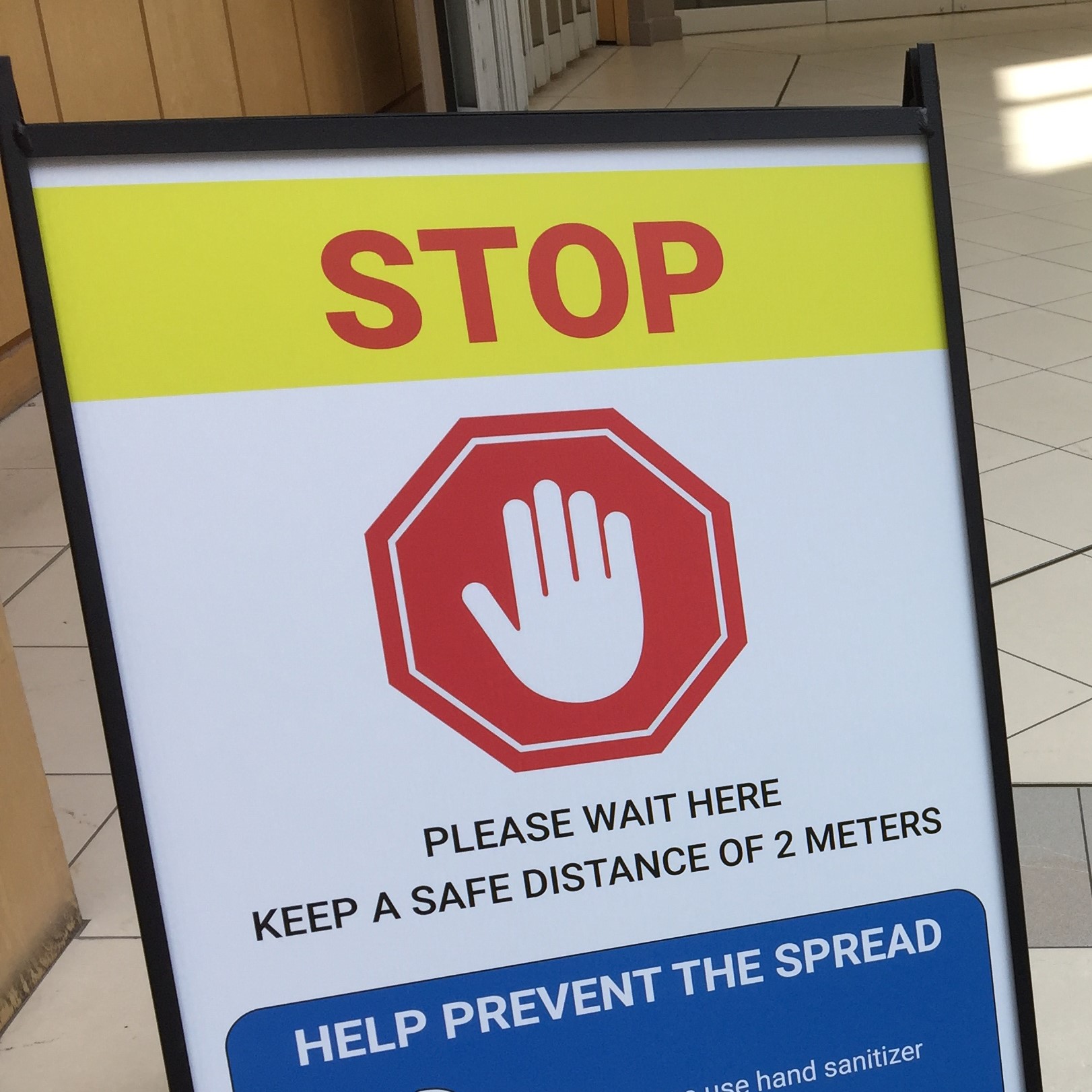 Let’s keep in touch, people say, especially at the moment, when it is precisely what we aren’t doing.  We have ‘put our arms around’  the elderly, the ill, the poor, any other deserving group you care to mention, Government ministers keep saying, and I do wish they wouldn’t, as it always seems to be the creepy ones who say it.  We use the language of touch all the time, without thinking about it much.  Some people are more touchy than others; - there’s another idiom, which can mean two things, so we have the odd neologism ‘handsy’,  to describe an uncomfortable version of one of them.  Different people naturally prefer different amounts of touching, and the amount of personal space that you feel comfortable with is also affected by where you were brought up.

Mothers are encouraged to hold their small babies as much as they like, because it’s good for both of them.  When teachers were told a few years ago not to touch the children in their care, many were appalled.  How can you comfort a child that has fallen over,  if you can’t touch it or put an arm around it?  One of the aspects of becoming an independent individual as you grow is that you become the (only) person in charge of how much touching you choose to allow, where you place your boundaries, whom you allow to enter your personal space.  It’s one of the things that makes dealing with teenagers difficult, because it can change unexpectedly, and something allowed or desired in the morning can be regarded as out of question in the afternoon  (e.g. a kiss goodbye; and it depends who’s watching).

A mother’s place is in the wrong, and inevitably we make mistakes, but the social distancing rules of the pandemic have been particularly difficult in one crucial area.  I can touch the members of my household (except my shielded daughter).  I can’t touch my sons who are not living with us, and I have to say,  it’s one reason for not racing to see them.  Apart from the risks of travelling which would be involved, if we met them in a park or garden, I know it would be incredibly hard not to touch them.  They don’t look anything like it any more, but these are my babies, whose skin was as familiar to me as my own. When Peter went off and got himself a tattoo, it made me cry, which was ridiculous, as he was old enough to choose to do it if he wanted.  But I don’t like tattoos anyway, and the thought of his beautiful skin being treated like that…..it was all really embarrassing for both of us.   Luckily the other two boys did not want to have a tattoo, so far as I know, though perhaps they are just being kind.  I didn’t have a problem with two daughters getting their ears pierced, however, though I did insist that they wait until they were over eighteen.  No one says that mothers have to be consistent.

We no longer have any grandparents on either side, but I can imagine that as another really difficult area to deal with.  How can you not touch your mother/father/ beloved aunt when you meet after a long gap? And how on earth can you handle (literally) a funeral if you can’t use touch to say the things which tears prevent you from saying?   The British don’t touch each other as freely as many other nations, but where we do touch, it’s important, both to the giver and the receiver.  In many ways, touching transmits the basic communications (love, reassurance, comfort) which are always going on, and words supply the more complicated information that most of us can’t give with our hands.  Even when people are using sign language and need their hands to express more complicated things, they still touch to attract attention, to show affection, to express delight, just as much as everyone else.

On the principle that people tend to forget unpleasant things as soon as they can put them behind them, I imagine that most of us will speedily start to forget the privations and deprivations of lockdown.  We will turn them into miserable or cheerful stories in our past, according to our dispositions, whether we prefer stories of blessings in disguise or narrowly averted disasters.  But, for some people, not much has changed since the point at which they reluctantly decided, often some days before the Government mandate, to put themselves into lockdown for their own protection. This is now quite some time ago, more than one hundred days, and still counting. These are the shielded, or the especially vulnerable.  They are not only the extremely elderly; lots of families have someone like this, and many of them are young or in the prime of life (Rachel is young and in the prime of life, she points out).

They are people who have an underlying health condition, like her; people with an impaired immune system because either they are ill, or because they are in the middle of treatment to make them better; people who have some acquired or congenital added risk factor. There are lots of reasons why some of us need to be protected more than others, because there are so many risk factors which cannot be controlled as an individual. We need to think about herd protection rather than herd immunity. If I wear a face mask, it won’t protect me, but it will protect you from me: this is an excellent model to think about in the context of shielding. How can I expose you to less danger?

Shielding is difficult, because it’s not natural, and you can’t take a pause when everyone gets tired. The small incremental changes to lockdown which were introduced earlier, and the current larger liberalisation have not impinged on my Shield Maiden at all (Rachel insists on capitals). Since March she has been living in one room and the bathroom in our house.  We surround her with support and affection, everyone carries trays up and down flights of stairs, we undo the envelopes which arrive and shake the contents out towards her, but we must not get within two metres of her.  We are the same household, but not at the same risk, and she is far too precious to be careless with. Once the pollen count went up, she couldn’t even go and walk around the garden (this is the fault of the asthma, not the virus), which means she is even more confined.  She is working from home, she is busy and occupied, but none of us knows how long she will be limited like this, so it’s very frustrating.  None of us can touch her, and when the trays go up for meals, she religiously wipes everything she has to touch, just in case we have not already done so before delivering it.  Transferred touch might be as dangerous as direct touch.  It’s hard being a threat to someone that you love.

Being away from our churches and away from the sacraments during the pandemic has made many of us feel as though we are away even from God’s touch.  The language of touch is one we use of God all the time without it even striking us as strange, partly because the psalms portray him in such vividly physical terms (and not only the psalms: God moulds us out of mud with his hands in Genesis 2, he makes aprons to spare Adam and Eve’s blushes after the Fall, and so on).

The Holy Spirit is described as the ‘finger of God’s right hand’ in the Veni Sancte Spiritus, and it sounds entirely normal to us.  Jesus touches people (shockingly even female people) all the time, to heal, to comfort, to support. He encouraged the apostles to touch him after the Resurrection, to prove he was the person they knew. All we have is the Eucharist, and now we don’t have it. As physical beings (made that way by God), we perceive things through our senses, including touch. Touch is simple physical contact, and it makes things real to us in the way nothing else does.  I know there are lots of people saying we don’t need to go to church to encounter God, praying at home is just as good, and so on; but I have a physical body as well as a soul, and I can’t touch God in any other way than Communion. That is how Jesus arranged it.

I don’t want to touch everybody.  John, for one, is much happier with people kept at least at a two-metre distance, and that’s within the family, with people he knows and loves (most of the time). I will keep at any distance from outsiders to keep the threat away from my household, and not worry about that, particularly. But I will not feel that we have made much progress with the virus until I can risk putting my arms around my daughter again. For most people, touch isn’t just an option, it’s a necessity.