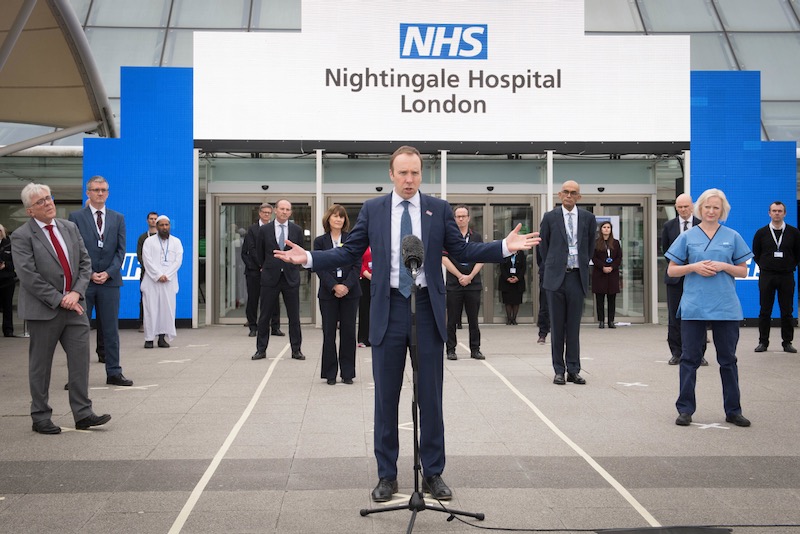 Lockdown in prisons, and what it means for those behind bars

The art of communication 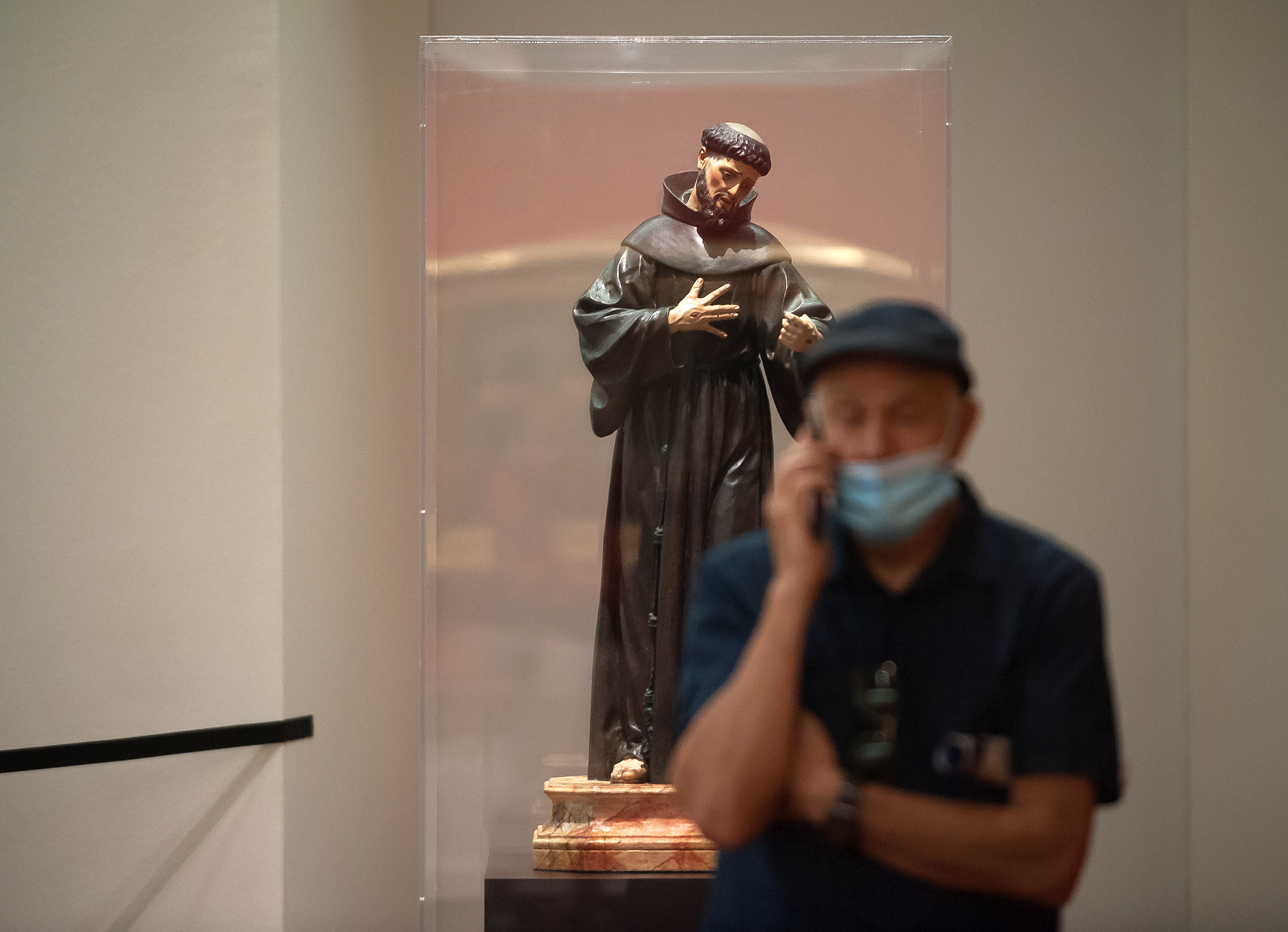 A man wearing a face mask is seen talking on a mobile phone with a background view of an archaeological exhibition at Aduana Museum, Spain, 23 June 2020
SOPA Images/SIPA USA/PA Images

No man is an island, and no woman even more so.  One of the distinguishing features of being human is the need to communicate, and we don’t do it just to alert others to threats, as birds and other creatures do.  So how have people managed to communicate with each other and with the outside world, even if they can’t go out, even if they can’t meet, even if all their face is covered except the eyes?

In this family, there is considerable variation as to how much we like to talk (and how to do it). Several of us will do talking online, but hate video calls; some of us don’t even like talking much, professional curmudgeons, natural hermits.   Living and working abroad used to give good cover.  But the lockdown has been going on long enough to make us re-evaluate our position.  And some of us are even happy little souls who like talking to people and enjoy Zoom.

People’s expectations of staying in touch with each other have altered considerably over the last twenty years.  Even further back, many lived in the same town or district all their lives, surrounded by the same people from maternity hospital through school, adult life up the road from your parents, and eventually dying at home or (less often) in hospital, but always among what the Bible refers to as your ‘own people’.  Obviously you got to know your contemporaries pretty well, or as well as you chose.  Some people still live like this, in a solid community which can be hard to enter.  We went to stay in this sort of town (it’s a long story) back in the UK after three years in Africa, and it turned out to have the most difficult school of their entire career for our children to feel accepted and comfortable in.  Everyone else in their year groups had quite genuinely been together from babyhood.  Ours stuck out as exotics, and the other children thought they were doing it on purpose.  I’m sure things would have settled down eventually, but luckily we moved to somewhere with a more varied population after six months.

Most people nowadays have more experience than in the past of different places and people, either for work or through higher education, but one huge difference between my communication experience and the children’s is because of phone technology.  In our student years, my future husband used to get a (short but treasured) letter from his father once a week, written on surgery notepaper between patients, but I remember walking to a phone box every week or so to ring my parents.  Mobile phones were coming in during our children’s experience of secondary school (and at first, they weren’t allowed in classrooms at all).  But now the children expect to be able to stay in touch with their friends no matter where they are; they can contact schoolfriends from schools in different countries, and this is all perfectly normal (if time-consuming).  Even email is old-fashioned now.   The world wide web has led to each person having a personal web of connections, and they are all talking, all the time.  We curmudgeons look on in wonder.

Because most of that happens digitally anyway, it has not been seriously impaired by the limitations imposed by the virus.  The problem has been rather to stay in touch with the people that you would normally see physically, face to face, hand to hand, but certainly not at the moment.  I greet the familiar lady in the supermarket with pleasure; I miss my hairdresser and my chiropodist more than I would have expected.  I don’t feel connected as I used to.  It looks as if one of the conditions of getting outside again will be face coverings, but I am worried about that; I am deaf in one ear, and rely on some lip-reading and a lot of visible clues to keep my casual conversation up to speed.  People don’t like repeating themselves, so they change their words instead and I am back where I started.  It was bad enough when my husband grew a beard, but face coverings are seriously unhelpful.

A comparable difficulty, now that so much more communication is happening online, is not being able to judge people’s tone or intention.  This is why you so often see the laboured ‘(joke)’ added to a remark on Facebook or WhatsApp, and why digital sarcasm is so dangerous.  Suddenly we realise how much information we usually pick up from expression and gesture.  You can get a long way communicating face to face without words; it’s surprisingly difficult to communicate clearly when the spoken words are all you have, which is why the rules for written communication differ from those of conversation (and some of us find writing easier).

One surprising thing about lockdown communication and our children has been the resurgence of seriously old technology, hand in hand with the new stuff.  As well as contacting friends on WhatsApp and Facebook, the girls have been writing letters and posting them, sometimes even to the same people. They receive letters as well, with great enthusiasm.  Rachel will squeal to let us know there is post, even if she isn’t allowed to go and take it in herself.   And one advantage of lockdown is that you can order things online and know that someone will always be there to accept a delivery; and couriers have finally worked out that it’s OK to leave things in the box by the front door (just don’t press the doorbell too hard).

The Church seems to me to be struggling a bit with communication, though it’s clear that this varies considerably from parish to parish.  Our parish has only just started streaming Sunday Mass (since Pentecost), but in our house we haven’t yet managed to watch it.  We don’t have a television, only a computer, so we don’t have a television licence, so we’re not allowed to access any live broadcast, and I haven’t yet been able to determine whether this is what is causing the problem.  Luckily some parishes have worked out how to livestream Mass and then leave the recordings online,  so we’ve used those, although periodically they stop abruptly on the grounds that this is adult content, which we find baffling.

My husband had an email from the parish office telling him (presumably as paterfamilias) that the Mass broadcast was starting at Pentecost.  I would like a bit more communication, both locally and nationally, because at the moment we simply feel that we know nothing about what is even being discussed, except for what’s in the news online.  The Parish Newsletter has had one edition since mid-March.  I would be happy for it to be only digital; but I’d like something, however brief.  And of course, this is not fair criticism, as most priests are elderly, being shielded, and not always comfortable with new technology.  There clearly must be some kind of parish mailing list, but it’s not exactly humming.  Maybe it’s a British thing: we can be good at keeping in touch when we do it casually while attending to something else, but we find it daunting to set out to start a conversation from cold.  So I normally keep up with my parish by having conversations in passing, bumping into people at Mass or similar;  but I’m not even sure of the full names of most of these people, though I’ve known them for years, and I certainly don’t have their emails or phone numbers, even if I weren’t paralysed at the thought of deliberately starting a conversation out of the blue.

Now I’ve received an email to encourage volunteers to help with the partial reopening of our church for private prayer, but it seems to me to raise several difficulties.  We may open the church only for very restricted hours; but if we do that, how can we keep the numbers within down to single figures?  There’s no booking system.  If a one-in, one out arrangement turns out to be necessary, how do you limit people’s time inside the church?  One of the valuable things about Adoration (for me) is feeling that there is plenty of time, time just to sit and look, time to just be there in God’s house.  I don’t think that will feel comfortable if you know there are others queueing outside.   I think this will probably turn out to be a brief arrangement, and I certainly hope so.  As always, the Psalms are helpful and relevant: ‘I had rather be a doorkeeper in the house of the Lord than dwell in the tents of the wicked’, (Ps 83/84.10).  Being a doorkeeper certainly implies managing the flow, and it’s being suggested here in the psalm as a fairly lowly way to be of service, which seems a good approach.  Accessing the church, like accessing the Bible, ought not to be something that another person controls, though it obviously has to be at the moment; so it will come down to the manner of those doing it.  As always, how we communicate will be key;  and may take a bit more effort and sensitivity if we are wearing face coverings or even full PPE.  Here’s another relevant psalm: ‘Of you my heart has spoken: ‘Seek his face’’  (Ps 26/27.8).  We can’t (yet) see God’s face, so we have to work at it;  if all we can see of an interlocutor is eyes, then we will have to work harder at both transmitting and receiving the messages we wish to send.