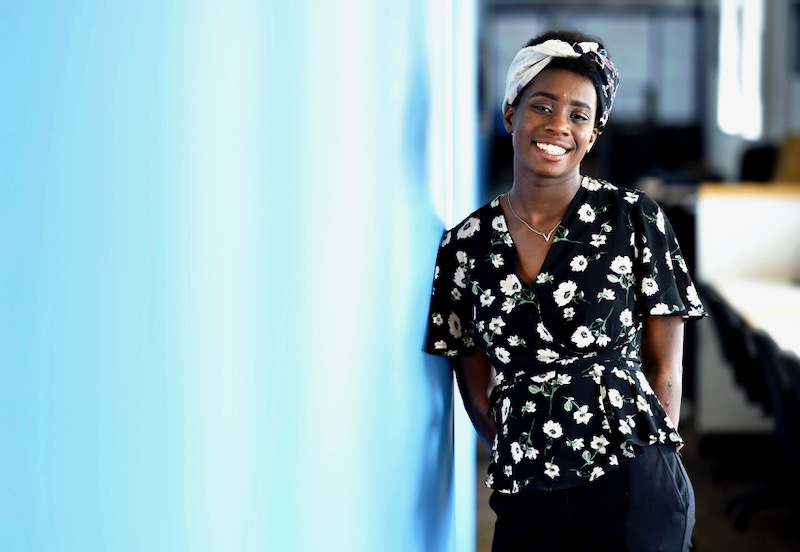 An 'A' level student appraises life in lockdown

From lockdown to lock-in: medieval tipples that made the wisest spirits stray 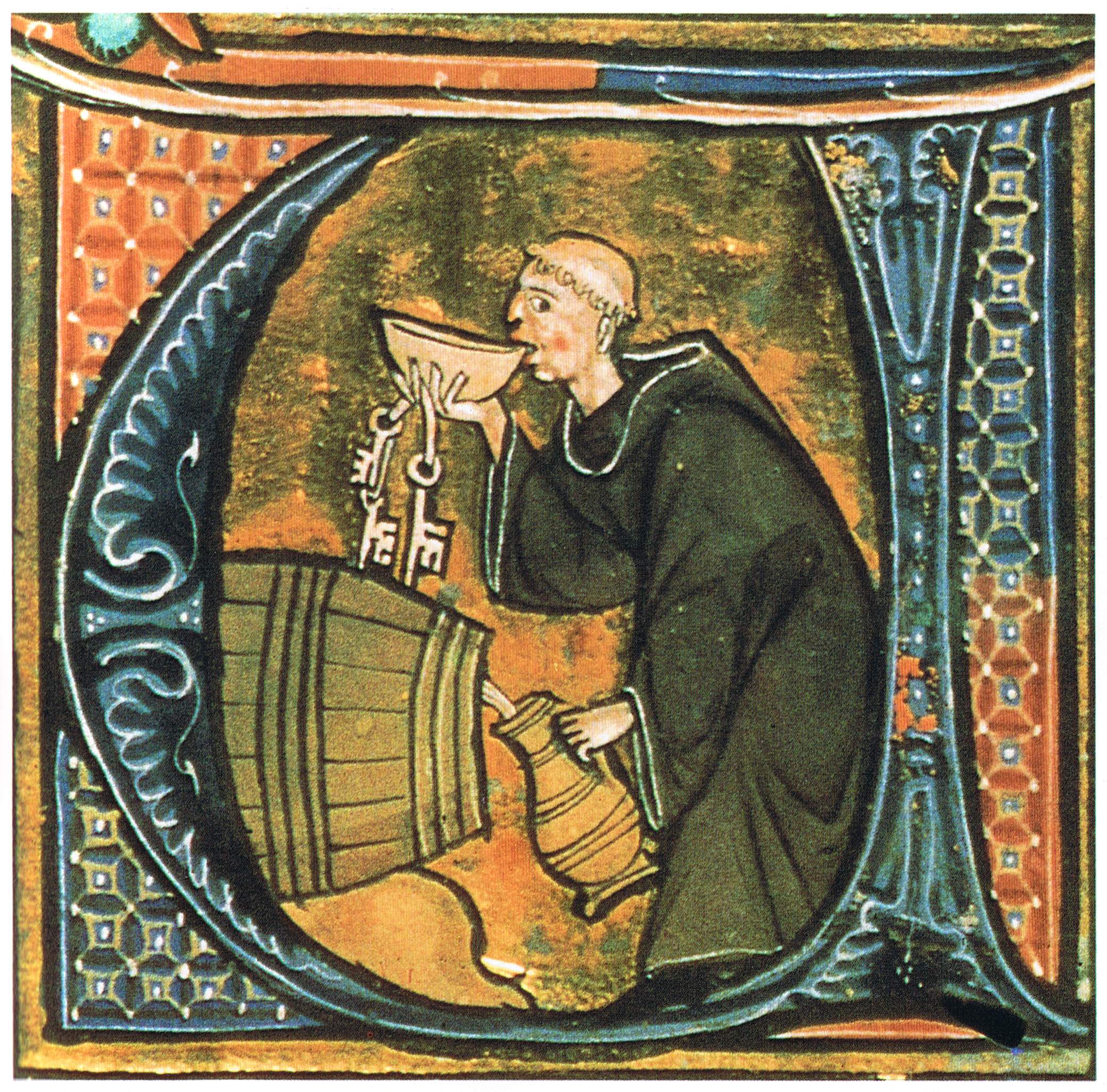 An abbey cellarer testing his wine. Illumination from a copy of "Li livres dou santé" by Aldobrandino of Siena.
© Creative Commons

Pubs re-open this weekend. For some, this is a much longed-for milestone in the easing of the three-month lockdown. Various safety measures are being put in place to minimize the risk of boozers becoming hotbeds of Covid-19 transmission. Police chiefs across the land are more than a little anxious that the return of pints being pulled down the local will unleash bacchanalian hedonism not seen since the last days of Rome. The recent alcohol-fuelled brawling on Bournemouth beach suggests their concerns are well-founded.

Humans have indulged in a tipple since the dawn of recorded time, and alcohol has been a feature of Western monasticism since its earliest days. St Benedict (c.480-c.550) devoted an entire chapter of his influential Rule to the subject, writing: “Let us at least agree to drink moderately, and not to the point of excess.”

For the past couple of years, I’ve been researching the history of Muchelney Abbey, a Benedictine monastery in Somerset, which is now in the care of English Heritage. Alcohol is a recurrent theme in the abbey’s story and it serves as a good example of the importance of intoxicants, for good and ill, to life in a medieval monastery.

The history of Muchelney stretches back to the mid-seventh century. However, the first evidence of the monastery’s association with alcohol is found in the Domesday Book, the great survey of landownership ordered by William the Conqueror and completed in 1086.

It records that the abbey possessed a vineyard. This isn’t as far fetched as it may sound. The climate of eleventh-century Somerset was balmy enough to grow succulent grapes and monastic sources provide tantalising evidence of viticulture deep into the northern counties.

Muchelney’s own vintages were, however, insufficient for its needs. This deficiency was partly remedied by the gifts of wine made by local bigwigs. These were usually in the form of “pittances”, special allowances of food and drink to be consumed by the monks in their refectory on the anniversary of the death of the benefactor or the feast of a specific saint. The monastery even had a special official called a “pittance” to administer these bequests. Pittances had a pious intention. In return for their alcohol treat, the monks said prayers for the soul of their benefactor.

Then, as now, moderate consumption of wine was believed to have health-giving properties. St Benedict recommended a daily half bottle of wine for sick and infirm monks. Even allowing for the lower alcohol content of medieval wine, such an allowance is well in excess of anything permissible in modern drinking guidelines.

The delicate constitutions of monks demanded the consumption of particular varieties of wine. In around 1400 an abbot of Muchelney copied a “dietary” onto blank leaves in his breviary, a manuscript containing the texts for the Divine Office. Red wine was highly recommended, but whites were to be avoided and snifters of sweet, fortified Malmsey, or Madeira, were reserved for nightcaps.

But ale – and lots of it – was the alcoholic staple at Muchelney and other British monasteries. About a gallon a day was standard. This did not, however, mean that monasteries were magnets for legless inebriates. The ale quaffed by monks had a very low alcohol content, and was typically called “small beer”.

It’s often suggested that monks put back such enormous quantities of this low-alcoholic brew because their water was unsafe to consume. In actual fact, the sites of monasteries were carefully chosen to ensure they had an ample supply of clean, sparklingly fresh water. The ever so austere Carthusians, including those at Mount Grace Priory, Yorkshire, coped perfectly well on water rather than beer.

The copious amounts of ale in the monastic diet provided much-needed calories. And the pints sunk by the brethren at Muchelney appear to have been every bit as tasty as any modern craft beer. The “dietary” mentioned above recommended the use of flavourings such as sage, rosemary and rowan, herbs endowed with medicinal properties.

The provision of wholesome food and drink was an important abbatial responsibility. It was one which the abbots of Muchelney didn’t always fulfil. In 1455 Bishop Thomas Beckington of Bath and Wells sternly reminded Abbot John Cherde to provide his monks with “better and stronger ale as is the custom at other monasteries”. Muchelney was clearly gaining a reputation for serving a watered-down pint.

The provision of alcohol was also part of a monastery’s wider social and charitable obligations. At gatehouses across the land, monks and nuns distributed bread and ale to the poor and needy. Posh guests accommodated in monastic guesthouses expected their board to include wines befitting their exalted status.

Muchelney was also among the monasteries that provided food, fuel, drink and shelter to paying guests called corrodians. The deal provided to Ralph Drake in about 1500 included seven gallons of “conventual ale” a week. The priest of the nearby parish church, who was appointed by the abbot and monks, did even better, receiving two gallons a day of the abbey’s “best” ale.

But the temptations of alcohol could lead monks astray. On one occasion, Muchelney’s brethren were admonished for leaving the cloister without permission to pop down to the local alehouse for a drink and a bite to eat.

There were also occasional instances of scandalous, drunken behaviour. In 1455 Bishop Beckington admonished the entire Muchelney community for over-indulging in food and drink. The worst offender was a Brother John Longport, who was guilty not only of insobriety but also of swearing, transgressions all the more serious because of his blasphemous utterance “by the Limbs of Christ”.

“Wine makes even wise men go astray,” wrote St Benedict in his Rule. I’ll remember these words the next time I reach for a bottle.