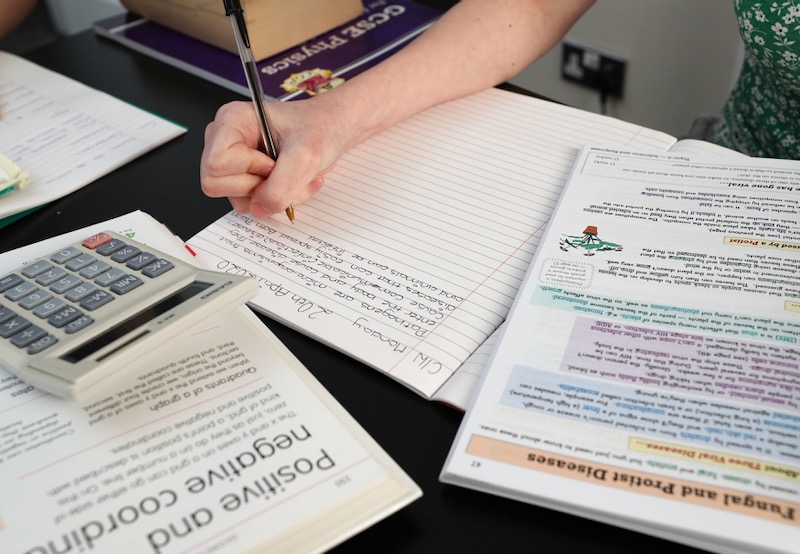 Why Pope Francis should restore the full ancient diaconate of women 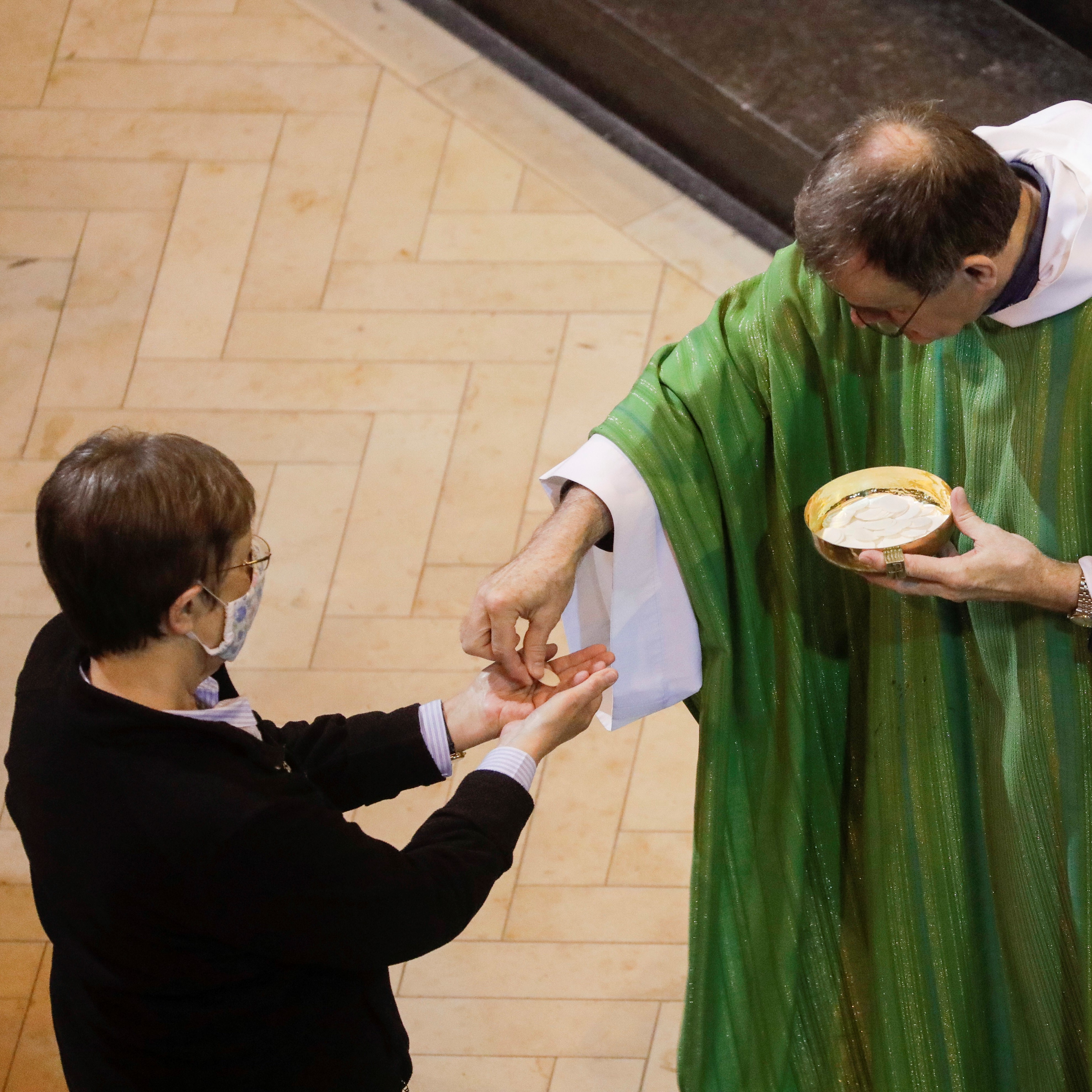 A religious sister – whose name I may not reveal – runs courses on adult catechesis for her diocese. When she raised the topic of women possibly being admitted to priestly ordination in the future, her bishop was upset. “I don’t know what to make of my bishop,” she confided to me. “He’s kind to women. But a woman presiding at the Eucharist? Out of the question! Goes against the tradition of the Church, he says. He is a bit like Pope Francis I suppose. And in the end ignorant paternalism can be as deadly as petty patriarchy.”

The irony is that she teaches in a college named after St Bonaventure, that kind-to-women thirteenth-century theologian, known as the Seraphic Doctor (feast day 15 July). He demonstrated all the classic trademarks of a patronising churchman which, in my experience, are that he was blind, kind and "you’re left behind".  But let me first introduce him.

As Minister General of the Franciscan Order, Bonaventure fiercely protected the interests of the Poor Clares. Great comfort to them for he was a force to be reckoned with. When on the death of Pope Clement IV in 1268 the assembled cardinals failed to find a successor even after three years of squabbling, church mediator Bonaventure intervened. He broke the deadlock. On his recommendation, historians say, Theobald Visconti of Piacenza was finally elected Pope Gregory X. At the same time Bonaventure remained a man of the people. As a true Franciscan he used to trek from country to country on foot. And when papal envoys came to offer him the crimson cardinal’s hat, they found him standing outside a convent near Florence washing dishes. “Hang the thing on a tree”, he told them, “till I’ve got my hands free”.

Bonaventure was also one of the great scholars of the period and a prolific writer. From 1250 to 1252, as a lecturer at the university of Paris, he wrote his massive Commentary on the Sentences of Peter Lombard. And in this treatise he discusses the question: ‘Whether the male sex is required for the reception of Orders?’ (III Sent., d. 25, art. 2, qu. 1). It reveals the Church’s contemporary position.

After enumerating arguments for and against, Bonaventure begins by observing that church law does not allow women to be ordained. For him this is confirmed in Scripture by the apostolic injunction: “I do not permit a woman to teach in church or to rule over man” (1 Tim 2,12). But then he moves on to a more fundamental question: are women capable of holy orders? Is there something inside a woman, some part of her nature, that prevents her from being open to ordination? And he concedes a degree of initial uncertainty: “All agree that women may not be promoted to Orders; but as to whether women are capable [of Orders], there is doubt.” Bonaventure had learnt in life to accept the validity of doubt.

Truth, he knew, can only be found by listening to opposing views, by recognising unexpected new data. When he was elected Minister General of the Franciscans he had to reconcile two factions: the ‘Spiritual Friars’ who insisted on the literal observance of the original rule, especially in regard to poverty, and the ‘Relaxed Friars’ who saw the need of adopting innovations. His fairness to both sides resulted in the General Chapter of 1260 in Narbonne ratifying the new Constitutions he had drafted. It led Franciscans to hail Bonaventure as their ‘second founder’.

But what made him doubt women’s unsuitability for holy orders? Not so much a defunct heretical sect that had ordained women in the past, nor the mention of ‘priestesses’ in ancient records – whom he dismisses as ‘the priests’ wives’. The puzzle that caught Bonaventure’s attention was a statute by the Council of Chalcedon: “We have decided that a deaconess should not be ordained before the age of forty”. Here was an ecumenical council sanctioning the ordination of women to the diaconate! If true, it would prove that women had been ordained by the Church and were thus capable of holy orders.

Remember Pope Francis disclosing in May 2016 that he found the history of women’s diaconate ‘obscure’ and that it was not clear what role woman deacons played or that they were ordained. He then added: "It seems useful to me to have a commission that would properly clarify this matter." A commission to study the issue was established in August that year. It was a moment of grace, of opportunity. What happened? But let us first go back to our medieval model.

Blind ignorance prevented Bonaventure from pursuing this line of research further. If he had taken the trouble to check out the facts, he could have known better. The ordination rite for women deacons was at the time still found in most episcopal sacramentaries, i.e. books employed by bishops for liturgical ceremonies, even in the West.

In 786 Pope Adrian I had sent a sacramentary to Charlemagne to be used in all dioceses of his vast Frankish-Saxon kingdom. Five copies of this Hadrianum as it is known have been preserved to this day. They were originally used in Paris, Cambray, Tours (all in France), Baden-Württemberg (Germany) and Exeter (England). They contain the ‘prayer to make a woman deacon’ (diacona). Imposing his hands on her head the bishop said: “Hear, O Lord, our petition and send down on this your maidservant here the Spirit of your ordination. Since you have conferred on her your heavenly office, may she obtain favour with your majesty and present to others the example of a good life.” Moreover, even more elaborate ordination rites for women deacons could be found in Byzantine sacramentaries used in Greek-speaking Catholic parishes and monasteries of Rome, Nemi, Bari you name it, down all the East coast of Italy and into Sicily. All these rites were substantially identical to that conferred on male deacons.

But Bonaventure chose to be blind. Accepting the perceived wisdom of the time, he stated: “Deaconesses were women who assisted the deacons in reading the homily. They received some kind of blessing”. It is true that in some ancient Latin ordination texts the word ‘blessing’ (benedictio) is used to denote ‘ordination’. But this applied equally to bishops, priests and male deacons. Ignoring such evidence, Bonaventure concludes: “Therefore, in no way should it be believed that there ever were women promoted to sacred orders in harmony with the canons [= with the laws of the Church].”

Will Pope Francis do any better? When the commission on women deacons issued its report in 2019, he chose to ignore the evidence presented by some of its members that women had been ordained sacramentally. He declared that the findings had been ‘indecisive’. This year Francis appointed a new commission but the vast majority of its members are archconservatives, declared opponents of women’s ordination …

But if you feel sympathetic towards women, as Bonaventure did, how do you sell the bad news to them?

Bonaventure respected women and in his writings he gives them as much credit as he thought he could. Were they not his friends? Indeed, he maintained close ties with Isabella of France, sister of King Louis IX, and the Poor Clares in Isabella’s monastery at Longchamps. Women were inferior by nature, he knew, accepting the judgment of ancient Aristotle and traditional bias of his time – again blindly. Why did he not test that claim of inferiority? Was he not aware of formidable political leaders like the Empress Theodora, Queen Matilda of both Germany and England, and Queen Eleanor of Aquitaine? Had he not read the writings of Hildegard of Bingen or Mechtild of Magdeburg? But since he decided to slavishly follow social prejudice, how could he make this palatable to his unfortunate sisters?

Basing myself on his writings I can reconstruct how, in a conference to those nuns, he might have helped them swallow their lower status. “Don’t get me wrong. You women can be saints and martyrs, in no sense inferior to men. For women too possess a soul which is why women too are created in God’s image. The problem lies in your bodies. Men surpass women physically and intellectually. And men are seed-carriers after all. Women are not. At procreation a man plants the future human being. A woman provides her womb as a fertile field. Because women lack those essentially male qualities, they cannot represent Christ at the Eucharist. They cannot exercise the power of holy orders. But be consoled. Yes, after Eve’s sin, in punishment women suffer pain at childbirth and domination by their husbands. The plus side is that only men, through planting new progeny, are responsible for spreading the evil of original sin.”

Does this kind-words strategy not remind you of recent Popes? In his Apostolic Letter ‘On the Dignity of Women’ (1988) John Paul II made the outrageous claim that Jesus’ masculinity formed an essential part of the Incarnation. While thus declaring women intrinsically incapable of representing the male Christ, he disguised this demeaning news by extolling women’s ‘motherhood’, their ‘option of virginity’, their ‘playing the role of the Ecclesial Bride’ and their representing in a special way ‘the value of unconditional love’.

And does Pope Francis not do the same in his recent response to the Amazonian Synod? While ruling out holy orders for women, he extolls their ‘distinct female charism’, their ability to display ‘the tender strength of Mary the Mother’ – which he does not want to spoil by clericalizing them through ordination.

As to Bonaventure, notice in passing also what he omits, what he does not say. For Pope Paul VI (Inter Insigniores, 1976) and Pope John Paul II (Ordinatio Sacerdotalis, 1994) both claimed that when Jesus chose only men to be priests, he established this as a permanent norm, and that Jesus’ decision has consequently been confirmed by universal tradition. But Bonaventure never refers to a prohibition going back to Jesus. In fact, among the 29 medieval scholars whose writings on ordination and women have been preserved, only seven mention Jesus as the author of women’s exclusion. They follow Dominican Friar Durandus who speculated that Jesus excluded women because “at the Last Supper only men were present on whom he bestowed the power of consecrating”. None of the other twenty-two medieval scholars who wrote on the ordination of women (1100-1500 AD), including St Thomas Aquinas, attribute the exclusion to Christ. They are unanimous in believing women to be unfit for priesthood because of their ‘defective nature’. So much for universal tradition!

If Bonaventure had taken the trouble to discover the truth, he could have set women’s emancipation on its course. Monasteries provided the premises for men’s education at the time. His treatise On Holiness of Life which he addressed to religious sisters could have been recast as Why to Teach Girls. In our own day Pope Francis, admitting the Church’s earlier blindness, should immediately restore the full ancient diaconate of women and convoke an international Synod to discuss how to prepare religious congregations, seminaries and other church structures for the insertion of women into the ministerial priesthood. In all this he should recall his advice of 12 May 2016: “Women should be involved at all levels of decision-making.”