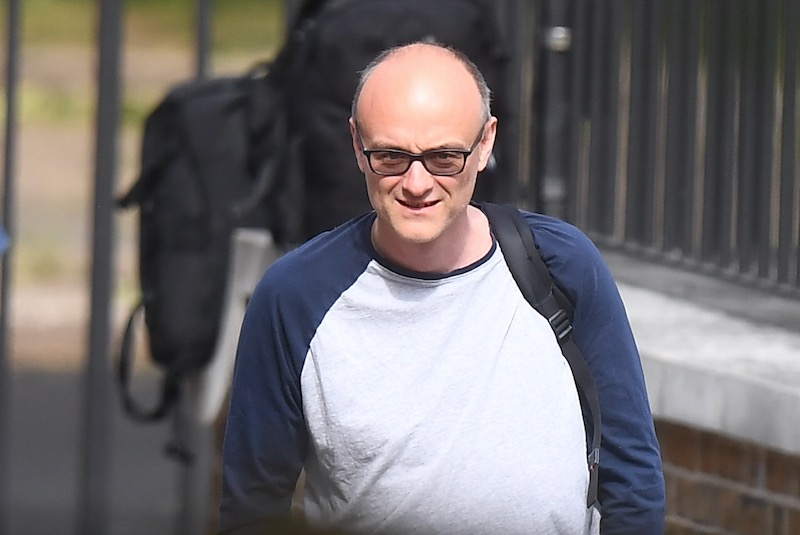 If Cummings is a cavalier, who are the roundheads? 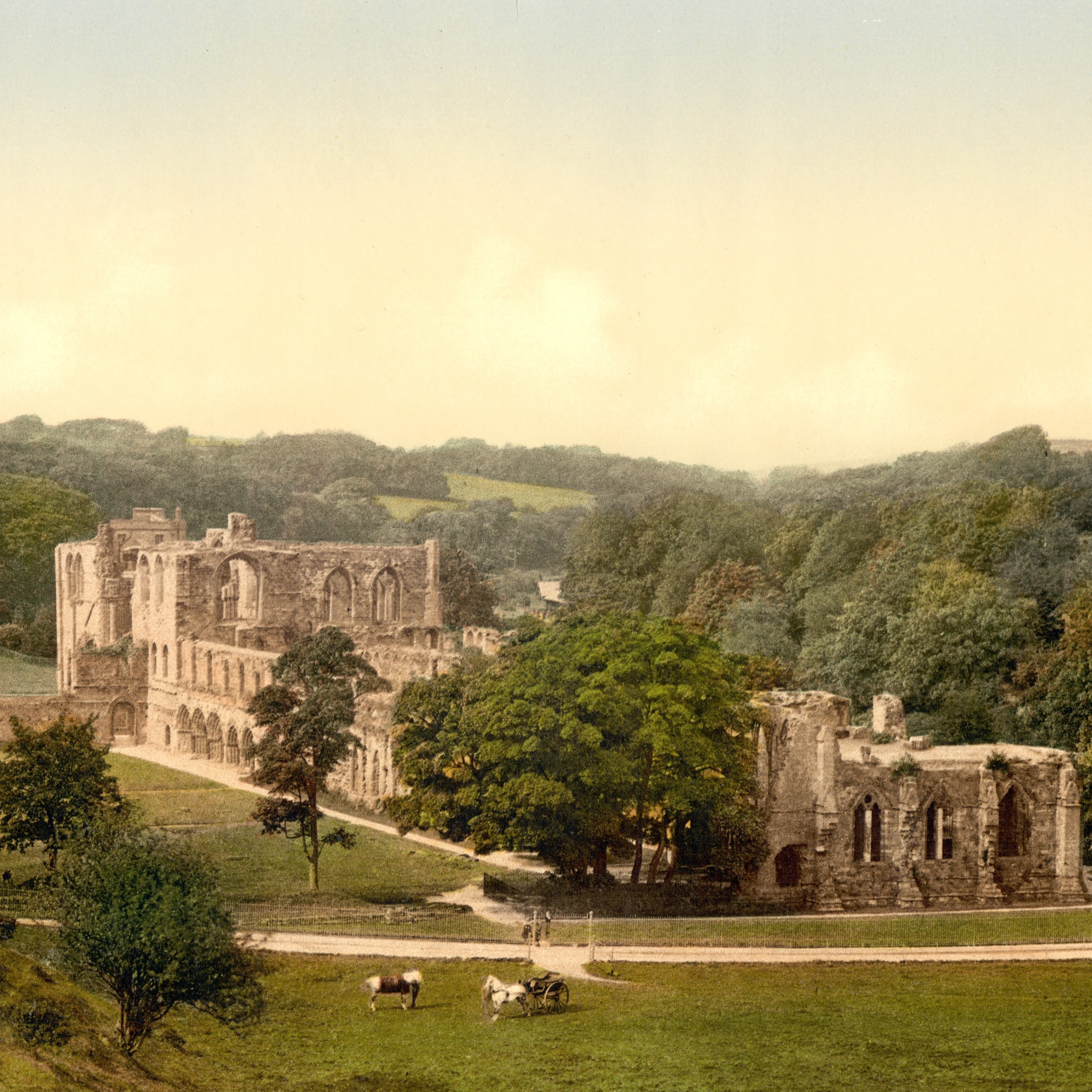 The ruins of Furness Abbey in the 1890s, seen from the south
© US Library of Congress, Public Domain

We’re now into week nine of the lockdown. I’ve spent a good (in every sense) part of this time painstakingly transcribing hitherto unpublished 16th-century documents describing the final days of Boxley Abbey (Kent) and Furness Abbey (Cumbria), just two of the 900 or so religious houses to fall during Henry VIII’s Dissolution of the Monasteries in the late 1530s.

Deciphering the crabby handwriting of the Tudor scribe has caused my back to ache, my eyes to burn and my head to throb. But it’s been worth the pain. Each line of text is crammed with gleanings about the activities of the commissioners entrusted by King Henry and Thomas Cromwell, his chief minister, to end monastic life in England and Wales.

Some of the most poignant evidence relates to the treatment of the monks. Like 14,000 or so other monks, nuns, canons and friars (or to use a nerdy term, religious) across the land, they were compelled to leave their cloisters and forge a new life. To employ a phrase much in use this summer, they had to adjust to a "new normal".

Decayed, unviable monasteries had occasionally been suppressed in the past. However, it’s doubtful that many, if any, of the religious anticipated the cataclysmic changes that descended upon them. Indeed, monasteries across the land were recruiting and investing in their buildings and libraries well into the 1530s.

That’s not to say that a minority of monks and nuns didn’t welcome the release the Dissolution provided from vows taken in youth and subsequently regretted. There was nothing new about this. The history of many a medieval monastery features juicy tales involving absconding inmates. A 14th-century nun at Kirklees Priory (West Yorkshire) ran away on more than one occasion to satisfy the temptations of the flesh, her conduct condemned as "incorrigible" by an early 20th-century bluestocking Cambridge historian.

A few religious even embraced the cause of the religious reformers. Their number included John Hooper, sometime monk of Cleeve Abbey (Somerset). He was elevated to the episcopacy by the Protestant Edward VI and was later burnt at the stake for heresy during the reign of the Catholic Mary Tudor.

Pensions facilitated the quiet acquiescence of the vast majority of the religious to the dramatic events in which they were embroiled. For the heads of large monasteries, these could be very generous indeed. Marmaduke Bradley, last abbot of Fountains Abbey (North Yorkshire) was granted £100 a year – an income matching that of a wealthy country gent.

The monastic rank and file did less well. A monk in holy orders could expect a pension of at most £8, the income of a chaplain or assistant priest. Former nuns fared even worse. The prudish Henry refused them permission to marry and their pensions were pitched at £1 or £2, little more than a subsistence income.

Enough abbots, priors and monks met a brutal end on the scaffold to show that accepting a pension was by far the wisest course of action. The 31 monks of Furness Abbey were a religiously conservative bunch. In 1536 they enthusiastically supported the Pilgrimage of Grace, a great northern rebellion which was at least partly motivated by Henry’s attack on the monasteries. The uprising ended in failure, the Furness monks lucky to escape with their entrails intact. Even then, they were reluctant to leave the precincts of their monastery. A £2 cash "reward" provided a carrot. The stick was a "goodly reminder" from Henry’s henchmen about the monks and friars ‘hanging in their cowls’ for their part in the revolt and resistance of the royal will.

The ending of monastic life didn’t just deprive the religious of their homes, it also robbed them of their belief system, simultaneously shattering their identity. Some just couldn’t cope. One modern scholar has detected symptoms of what we’d now recognise as post-traumatic stress disorder. There were even instances of former religious dropping dead through shock and grief within days of leaving their monasteries.

For others, friendships formed in the cloister were a source of strength and also robust enough to endure the physical distancing imposed by the disbanding of monastic communities. Many former monks and nuns remembered their erstwhile monastic brothers and sisters in their wills.

There were even attempts to preserve some form of communal life. Denny Abbey (Cambridgeshire), a convent of Franciscan nuns, was dissolved in 1539. Its last abbess, the aristocratic Dame Elizabeth Throckmorton, returned to her family seat at Coughton Court (Warwickshire). The Throckmortons remained a resolutely Catholic family. According to a plausible family tradition, Dame Elizabeth and some nuns from Denny retired to an upper floor at Coughton. Here they continued to wear their brown monastic habits and "prescribed to themselves the Rule of the Order as far as it was possible in their present situation."

Former members of the community of Monk Bretton Priory (South Yorkshire) also sought to maintain the monastic life after the suppression of their Benedictine priory. The last prior, William Browne, took a house close to his former monastery. He was joined there by three of his erstwhile brethren. At his own expense, Browne bought back 31 books that had been in the priory’s library. Browne died in 1557, instructing in his will that these books, together with a vestment and other property, should be returned to Monk Bretton should the priory be restored.

His wishes were far from fanciful. In 1553 the Protestant Edward VI died and was succeeded by Mary, his fervently Catholic half-sister. Mary’s Counter-Reformation involved the restoration of a small number of monasteries in and around London. The surviving monks from several other religious houses including Roche Abbey (South Yorkshire) and Rufford Abbey (Nottinghamshire) had similar hopes.

Mary’s death in 1558 and the succession of Elizabeth I brought this monastic revival to an end. But well into her reign, many former religious remained attached to their Catholic beliefs. Their number included Robert Persglove, the last prior of Gisborough (Cleveland). He was something of a thorn in the side of the Protestant authorities and was described by them as being ‘stiff with papistry’. Persglove died in 1579. He is depicted on his tomb wearing a mitre and other ‘pontifical’ rig, his epitaph proudly proclaiming his former monastic title. Even after 40 years, the new normal remained hard for him to accept.

Dr Michael Carter is a fellow at the Institute of Historical Research, University of London. His research is focused on saints, relics and monasteries.