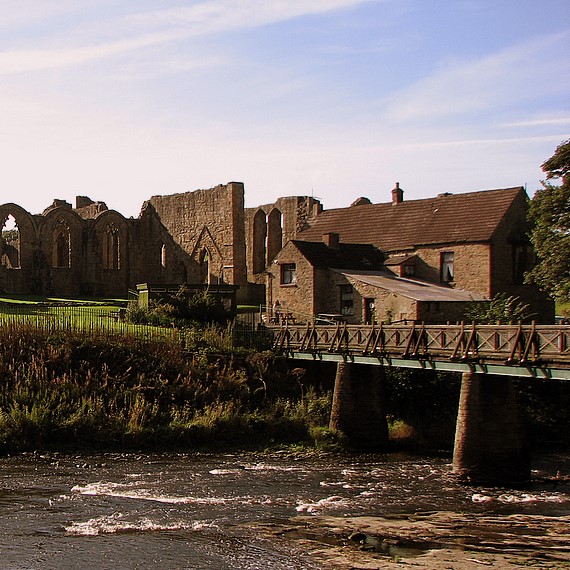 A Saint in isolation

The revelation of livestream Holy Mass 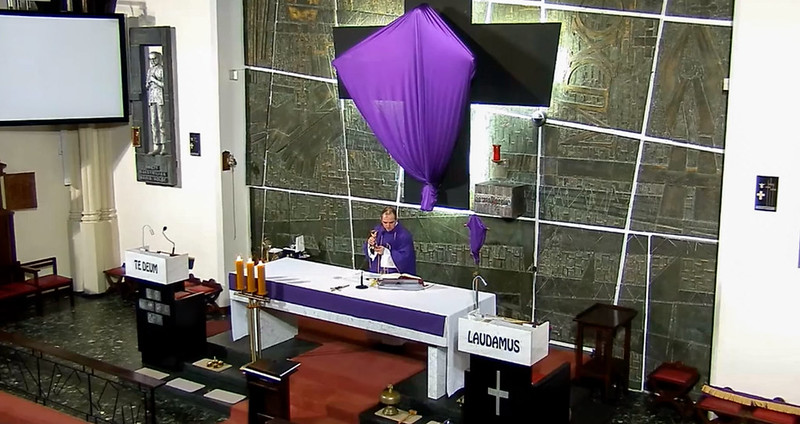 Every Monday morning my iPad brings news of whether my “screen time” has been up or down in the past week and by how much. On 30 March I had expected a massive jump. Just days into lockdown and I had been moving business meetings from real to Zoom and generally embracing the virtual world as my new link to family, friends and colleagues. The following Monday, 6 April, I was not expecting the further jump of well over three hours, until I recalled that it had been the week I fell in love with ChurchServices.tv.

My Mother, 91 in Holy Week, had been at weekday Mass for years. Extremely independent and still living alone in the family home, she was isolating and made a point in our daily calls of bemoaning the sudden separation from the church and Mass. That is why and how I came to find ChurchServices.tv. Of course, I had watched Masses on the television from a young age; President Kennedy’s funeral Mass is still fully in my memory, but never had I sought out “Mass on the internet”, but that is exactly the search phrase I successfully used.

Perhaps I shouldn’t have been surprised that so many churches were streaming their Masses. I recalled one of my primary school teachers who, to get across the concept of the universal Church, had commented that, at any moment of any day, somewhere in the world a priest is proclaiming the words of consecration. Today, every quarter or half an hour, morning, lunchtime and evening, Masses were starting and being streamed somewhere.

I started my internet search early one morning, in bed and, flicking between different churches, each of which appeared with a reasonable view of the altar, pulpit and ambo, was drawn to stay longer on those with warmer lighting. At 7.15am I arrived at St Colmcille’s in Belfast where Lenten morning Mass was just starting, celebrated by Fr Vincent, a priest with an immediately warm and soothing voice. I was hooked and 7.15am in Belfast became a morning fixture; until Spy Wednesday when Fr Vincent started the Mass with a welcome to this last Lenten Mass and, with his good wishes and anticipation of a little morning lie-in from then on, announced that there would be no more 7.15 Masses until Lent 2021.

Suddenly I was missing Fr Vincent but, as is the nature of the internet, more browsing brought me to the Augustinian church in Limerick, to which I have been loyal ever since for their 7.30am Mass. Here the fun is the uncertainty of which priest will be celebrating the Mass. There is one who is perfectly reverent but manages to be leaving the altar within twenty-two minutes. My favourite is always somewhat over half an hour, dependent on how quickly he finds music on his smartphone. He has a lovely recording of the Missa de Angelis, but takes time to access each track, set his smartphone on the altar and then tip the microphone stand over to be close to the tiny loudspeaker. Amazingly, it works well.

Sundays are distinct, different Mass times and I have settled on 7.45am at St Monica’s in Palmers Green, celebrated by Fr Stewart. My first experience was on Easter Sunday when he gave a wonderful homily on the Resurrection using as his starting point the former Anglican Bishop of Durham, Bishop David Jenkins’, rejection of the physical Resurrection. On Vocations Sunday his homily was partly autobiographical. Ordained as an Anglican priest with three others in the 80s, all four almost immediately had worries that they were “in the wrong church”. All four converted, three later being ordained as Catholic priests. He explained the origin of his vocation, a lady asking him at the age of thirteen if he had ever thought of becoming a priest. He described that seed being sown and the slow reduction of the long list of reasons why not, alongside the growth of the list of positives. There was much else besides, but I mention only the curved ball towards the end. He postulated that there are two sides to a vocation: the person potentially offering themselves and the extent of the welcome that the Church extends in return. He did not elaborate, but it has kept me in deep thought since.

Work has always made daily Mass unrealistic and I doubt I normally managed it even once a month. Since lockdown, I have experienced daily Mass and here is my question: while I look forward to getting back to my own Church for Sunday Mass, am I misguided to be thoroughly enjoying my morning routine of internet Mass, in bed, and to be finding it a truly prayerful experience? Sara Maitland reminded us that Jesus was less for praying in the temple and more for finding a quiet place alone.  While I may be physically by myself, I do not feel alone as I give the responses as I would in church, to a priest who cannot see me but knows some faithful are there. Strangely it is like the occasions when I have served Mass for my Parish Priest on his day off; just him and me at the altar. One to one, with the Lord, is very uplifting. One of the Augustinian priests always welcomes those who are joining, not just locally but across continents, so priests are receiving feedback from grateful members of their virtual congregations worldwide and I am also sharing in an international Eucharist.

What when churches are open again? I would not challenge the physical Sunday obligation, but there will surely be many for whom internet Masses have brought them more regularly to prayer. Could there be a greater and more structured use of the internet for both personal worship and evangelising purposes? I think I will continue my daily internet Mass and, whatever the rights and wrongs, the current daily first readings are certainly improving my knowledge of the Acts of the Apostles.

Dominic Savage OBE is Director of The Education World Forum