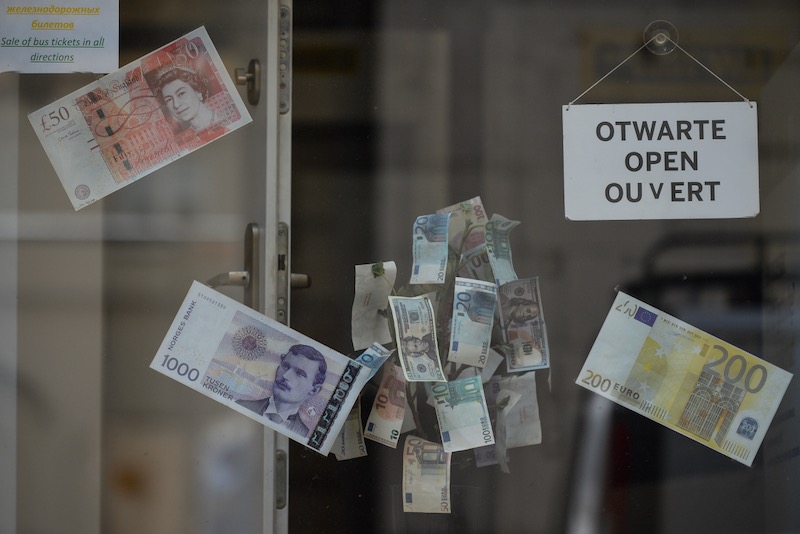 Forgive us our debts: the case for a Jubilee

'Being Church' and being heard during lockdown 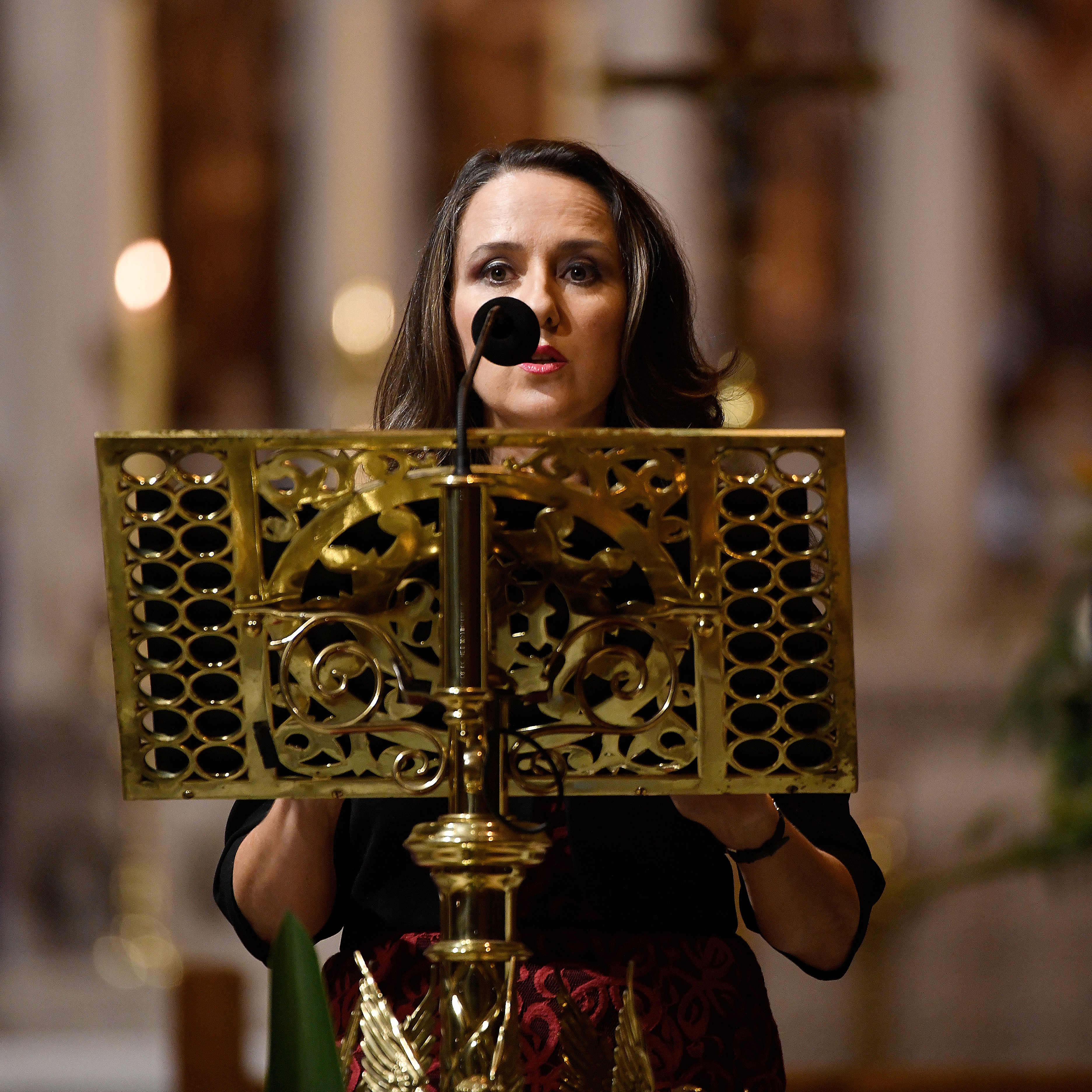 Being heard is very important for anyone.  Sometimes it’s difficult to make yourself heard, either because of too much noise around you, or physical difficulty in getting the words out (stammering, stroke, or even just a sore throat).  Everyone (especially women) knows the frustration of being talked over, and the relief when someone around the table, or chairing the meeting, pauses the conversation and comes back to give you the chance to be heard.  It isn’t just what we say, either, not just the information we wish to convey; our voice is part of us.  Look at the Little Mermaid: when she loses her voice, she nearly loses everything.

In the days when we used to go to Mass in real churches, you could often hear someone in the spoken prayers speaking half a beat ahead or behind the congregation.  It isn’t that they don’t know the words, or want to show off; it’s important to them to hear their own voice in the throng.  In a similar way, as our children were growing, they seemed to make an almost deliberate choice of pitch, to be heard in the group babble.  John went for a deeper voice than his older brother, youngest son Edmund for a higher pitch even than the girls (everyone sounds fairly normal now).  Being heard is important.

I’ve been thinking about this in the present context, because all our voices have been taken away.  We watch a digital Mass on a Sunday, and though we may join in the responses, we know that the celebrant can’t hear us, even if he’s leaving enough beats for us to respond.  Some priests say our words themselves, to make sure the timing is correct, I think, but this makes it even easier for us not to speak.  Lay participation is after all a very modern idea (Vatican 2 and the vernacular); this is the main reason why women are excluded from cathedral choirs – because everyone in the choir was a monk, or possibly heading that way.  But the whole point of bringing in the vernacular and other changes was to enable lay participation rather than mere observation, so it feels strange now just to watch Mass on a computer monitor.

One of my jobs is to write tunes for different bits of the Mass (the psalm, the Gospel Acclamation,  prayers and responses), so suddenly all my contributions have disappeared, like those of most church musicians.  I hope it’s just for a while, and as churches reopen, I hope people will want to sing these parts again, but I don’t know whether they will.  I think most people are missing their congregations and (I hope) missing singing together, but I have to admit that many people in any congregation only tolerate, rather than enjoy, singing.  And because I have to work a few weeks in hand, to make the music available online in good time for people to practise, at the moment I’m looking at the Pentecost and later music and wondering whether our church situation will still be the same when we reach that date.  Pentecost, the ‘birthday of the Church’, as they tell us every year; the moment when everyone speaks and is heard and understood.  Will this be a silent Pentecost?  Who would have thought that ‘Ordinary Time’ would become our dearest aspiration?

Instead of singing the psalm for my congregation, and having them sing the Response back to me, I’m singing it alone into a microphone, and it’s astonishing how much difference it makes.  Obviously there are other differences as well: I’m singing in a room full of books with a very flat acoustic (somehow moving everything into the kitchen or bathroom is not tempting), but it’s singing into silence that feels most daunting.  Some things are the same: I’m still singing to praise God, but it was a surprise to discover how important an element leading the congregation is.  I understand the thinking of those priests who have managed to get pictures of members of the congregation taped to the pews; I hope it helps.

One striking aspect of ‘being church’ in the way we are currently living is that very few women are visible as part of the online Masses,  although I think they have been the majority in every congregation I have ever known.  (I nearly wrote ‘no women’, but I did see one Mass in Rome with a woman reader.)  It’s an obvious and unavoidable result of having an all-male priesthood, but I find it difficult as a female person (and as a mother of daughters).  We are not seen.  This is not an unusual experience for female Catholics, but it’s rare for it to be so obvious.  Our contribution can be dispensed with; it is seen as not crucial.  It is difficult to encourage my girls to feel wanted or included.

This is something you have to fight against anyway, bringing up Catholic girls, and always has been, since the Lord departed and only men have been making the rules.  For the boys, there were always role models, heroes, recognisably ‘people like them’ in the readings and on the altar.  But there’s an acute shortage of not just female heroes, but even female participants in salvation history as it is told to us.  Of course they existed; everyone has a mother.  But women’s voices are rare in the Bible.

In the Old Testament, even fundamental characters like Eve and Sarah speak only briefly.  Other women of note are Miriam, the prophetess with no recorded prophecies;  Ruth, whose words to her mother-in-law are so often quoted at weddings, though they are never used in a Sunday reading; Esther; Judith; Hannah; Deborah.  They are all worth looking up, but a lot of Catholics don’t know about them, because their stories are not part of the Lectionary.  Judith and Hannah are particularly worth investigating, as Hannah’s prayer (she is Samuel’s mother) is clearly one of the sources for Mary’s Magnificat; and Judith I love, because she sounds like a real individual (‘You must not ask what I intend to do; I will not tell you until I have done it’ Judith 8:33), and she is the only person in the Bible (I think) who says please to God (9:12), which is very important, as anyone who has read The Elephant and the Bad Baby is aware.

The New Testament also has few women whose voices are heard.  There are plenty of women around, but only quietly in the background (Mark 15.40).  The few precious female words we have (the scene between Mary and Elizabeth is a shining exception) tend to be when a woman is talking to Jesus.  Because his words are recorded, theirs (sometimes) are too, as the other half of the conversation.  Now and then there is a tantalising hint of what we might be missing.  When Joseph and Mary take Jesus to the Temple, they meet Simeon and Anna.  We have Simeon’s prayer and later speech, part of which is the Nunc dimittis, and the text indicates that Anna too speaks; she is described as a prophetess, and clearly much respected.  But all we have is ‘she gave thanks to God, and spoke of him to all who were looking for the redemption of Jerusalem’ (Luke 2:38).  I would love to have her words.

Jesus will engage with any woman who approaches him (or vice versa).  In the Gospels, on internal evidence, you cannot tell whether he’s talking to a man or a woman.  His manner is the same, simple and direct, whether he’s addressing an apostle, Pontius Pilate, a crucified thief, or a woman, although the disciples are rendered uncomfortable by the last.  Repeatedly we read of them trying to prevent women getting near enough to speak to Jesus.  The woman with a haemorrhage  (Mark 5, Luke 8) is not even trying; all she wants is to touch the hem of his garment.  But he perceives her touch, and insists (against apostolic reluctance) on meeting her.  They talk together, although (surprise, surprise) we do not have her words; but we have his: ‘Daughter, your faith has made you well; go in peace’.  This to a woman who has been shunned as ritually unclean for twelve years; imagine how she felt.

There is much current discussion about how our life will look when the lockdown is over, what changes might turn out to be permanent, what sort of improvements it might be possible to implement.  I dream of a church where women’s voices are heard.  Jesus refused to let anyone, even Martha, send Mary back into the kitchen when she was trying to listen to him.  He trusted women to pass on his messages, either of the good news he brought (the woman at the well, John 4),  or of the Resurrection itself (Luke 24).  These women understood the message and faithfully passed it on, ‘but these words seemed to [the apostles] an idle tale, and they did not believe them’ (Luke 24:11).  Maybe this is something we could improve, when we all get our voices back?

BUT YOU DO NOT HAVE ENOUGH PROPER SCOTTISH CONTENT, DO YOU?