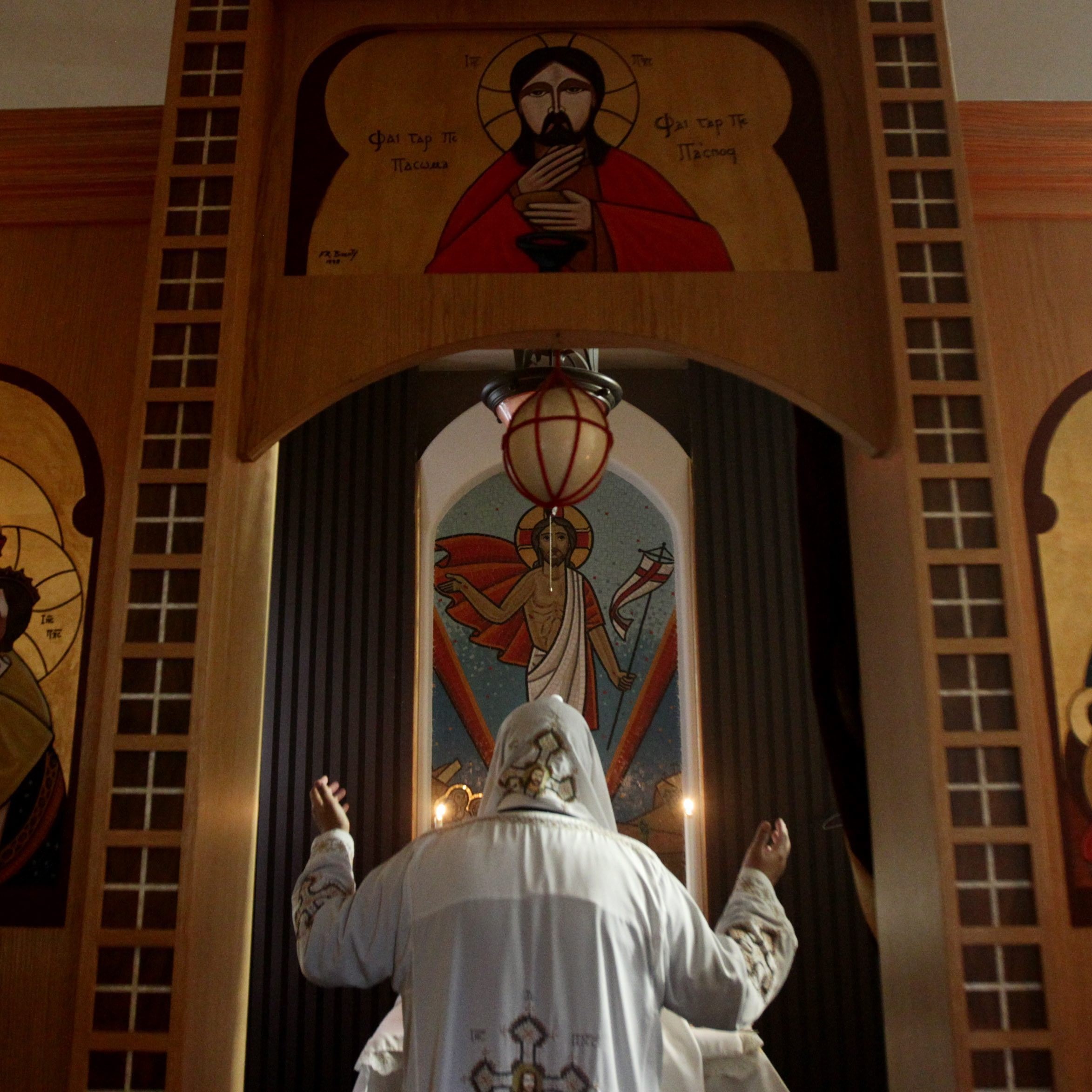 Has your Mass been 'Zoom-bombed'? Here's what you can do 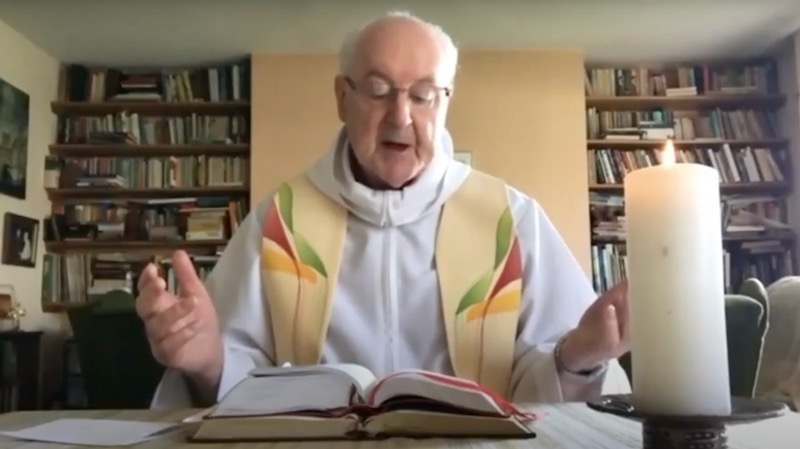 A priest live-streams Mass from his study.
YouTube screenshot.

We were Zoom-bombed last Sunday. I wrote this advice in case this is of help to anyone else. Fortunately there were no child abuse images. This is an account of what we do normally, what we did in response to the attack and what we intend to do in future.

I am host and two others are co-hosts. From our very first Zoom Mass, we realised that we had to mute most people once Mass begins, as otherwise it's a cacophony. We've not quite hit the 100 connections mark but sometimes we have come very close. There are two or more people in many videos.

As people arrive, they greet each other but we mute everyone, except me, just before Mass. I invite people to be still before we begin. Then the three of us quickly ensure that the celebrant, readers, ourselves and possibly a couple of other people, so we have an audible congregation, are unmuted.

The three of us ensure that any latecomers are muted. That's easy because unmuted people pop to the top of the participant list.

Because of the experience of another parish, I disabled the chat facility a fortnight or so ago so that no-one can send chats or files to anyone. Someone had disrupted a Mass at one Catholic cathedral by sending inappropriate messages.

Before Mass we encourage people to use gallery view so that they can see each other and they greet each other at this time. Once Mass begins, as host, I spotlight whoever is reading or share my screen with words such as the response to the psalm. I only release spotlighting for the sign of peace and at the end of Mass. That means I am controlling what people can see on their main screen, though I think they can see small videos of some people as well.

Last Sunday, we were Zoom-bombed. Our several intruders chanted things like "God is dead" and also racist abuse. They shared their screen with inappropriate images and also drew swastikas over the screen I was sharing.

We ended the meeting to get rid of them quickly and told the few people who had arrived early to click the link again. The intruders did so too but my co-hosts put them in the waiting room where they were stuck.

Unfortunately we weren't able to identify everyone accurately, especially when their screen name was "iPad", so we kept out some genuine people. Telephone calls afterwards managed to reach most of them and they were very understanding.

While my co-hosts were dealing with the waiting room, I changed some key settings:

The chat facility had already been disabled. But in addition, I limited screen-sharing only to the host, I disabled the ability to annotate the screen and I set it so that if someone is removed from the meeting, they can't re-join.

Next week we hope to avoid the waiting room scenario simply by removing disruptive people from the meeting as soon as we identify that they are disruptive, though now their only options for being disruptive before Mass are by speaking or making a noise, by holding up inappropriate images to the camera (though all of them last Sunday had their video off), or by stopping their video which shows their picture which they may have replaced with an inappropriate image.

We are committed to keeping our Mass open to everyone which means that our link has to remain in the public domain though we have now disabled the "join before host" function to ensure that we are there before anyone else. We will also report intruders to Zoom via the report button.

Once Mass begins, we will change settings so that participants are automatically muted upon entry and we will also disable their ability to unmute themselves. This, together with the spotlighting means we don't think they can be disruptive during Mass, though if they are, it won't last very long as they will be removed from the meeting. At the offertory we will lock the meeting to ensure that no-one else can join. Before we come to the sign of peace, and again after Mass ends, my co-hosts and I will check the video images in case anything is inappropriate and remove them before I stop spotlighting.

In addition, we found this article helpful.

Jenny Bond is Principal Officer for Intermediate Ecumenism, Governance Support and Resources at Churches Together in England.

Comment by: Jenny Bond
Just to add that we also realised that we could stop people sharing their profile picture. And, though we were ready for them, either we had no intruders last Sunday or they tried to join after the Offertory when we locked the meeting.